The best way to experience the Karoo is by travelling its back roads and spending time savouring the vast open spaces, the indigo blue dome of the sky and the distinctive landscapes that merge into the shimmering horizon. Stop your car anywhere in the Karoo, away from the main highways, and you will immediately be assailed by the immense silence and peace of this extraordinary place. In the silence you may notice the movement of a herd of Springbok, the croak of a Korhaan or the ever present merino or dorper sheep with their distinctive black heads. 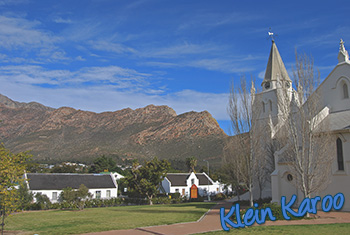 The NG Church in Montagu

The Karoo has many moods and its landscape can alter dramatically with the shifting seasons. During times of drought the earth becomes almost blackened under the relentless sunshine with the brittle Karoo bushes and plants crackling as you brush against them. Even at its driest there is the promise of rain which brings a renewal of life. There is nothing to match the smell of the earth after the first rains and a myriad shades of green bursting forth from the iron grey soil interspersed with brilliant tiny wild flowers. 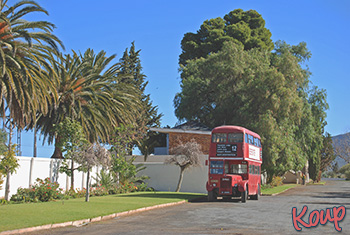 The Karoo is a land of rolling mountains, often snow-capped in winter, vast plains that surround where you can almost see the curve of the earth’s surface as they merge with the distant horizon, the distinctively clean-shaped hills or Karoo koppies capped in the hard rock resulting from millions of year’s erosion and dotted here and there, the small towns and villages that service the needs of the scattered communities of the Karoo. 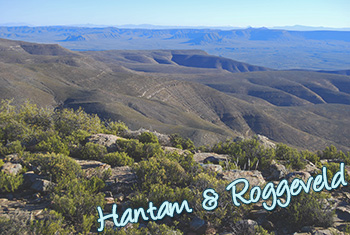 The Ouberg Pass in the Northern Cape

With the setting of the sun a dramatic view of millions of stars is fully revealed in the inky blackness of the Karoo night sky. The great wash of the Milky Way is revealed in all its splendour and the distinctive Southern Cross, Orion’s Belt and Dagger and the menacing shape of Scorpio are strewn across the sky in views to the distant galaxies almost unparalleled anywhere else on earth. Little wonder that the Karoo hosts the largest observatory in the southern hemisphere. 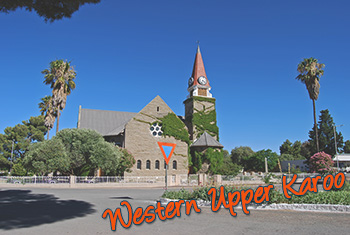 The Dutch Reformed Church in Loxton

Most travellers speed through the Karoo with one thought in mind – to get through it and on to their destination as quickly as possible. In so doing the traveller really misses the true essence of this remarkable place. On route you will notice the isolated farms and you will probably stop once or twice to refresh yourself and then move quickly on your way. But who are the people who live in the Karoo and where did they come from? The original inhabitants were the San or Bushman who lived in most parts of South Africa, including the Karoo, before the arrival of the African migrants from the north and east, and the European settlers from the Cape. The arrival of the European settlers in the Karoo during the eighteenth century precipitated violent conflict with the San who had lived their nomadic lifestyle for hundreds if not thousands of years in the vast spaces of the Karoo. The nomadic lifestyle of the San conflicted with the established pastoral existence of the European settlers and conflict between the farmers and the San continued up until as late as the last half of the nineteenth century. In the last two hundred and fifty years the Karoo was populated with both Dutch (Afrikaans) and English speaking settlers who established themselves primarily as stock farmers. 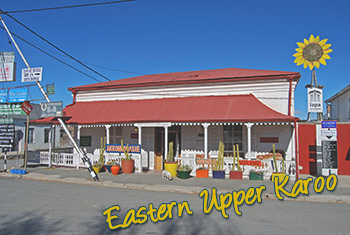 The scattered towns and villages of the Karoo all have an interesting history of trial and hardship in an unrelenting environment and most are worthy of exploration and investigation and the hospitality of the Karoo people and their innate friendliness make the experience even more enjoyable. The option of a farm stay is also most worthwhile as you can get to experience the workings of a real Karoo farm where you can also enjoy the unique peace, tranquillity and hospitality. Take time to explore some of the very special National Parks and Nature Reserves scattered across the Karoo and experience the rare sight of Black Rhino and Cape Mountain Zebra or the highly endangered Riverine Rabbit or the roar of the Lion echoing from the crags of the Nuweveld Mountains. 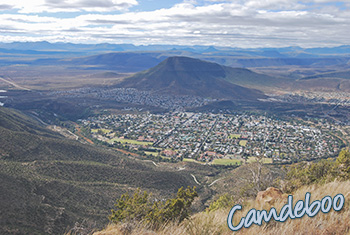 Encompassing almost 500,000 square kilometres, the Karoo stretches across a vast swathe of South Africa and it mantles the Provinces of the Western Cape, Northern Cape, Eastern Cape and the south western sections of the Free State. Although its dimensions are often fiercely debated, the Karoo is more or less bounded in the south by the mountains of the Langeberg, the Outeniqua and the Kougaberge and in the west by the Cederberg and the Bokkeveldberge. In the east and north the Karoo’s boundaries are less defined, gradually merging with the extensive rolling grasslands of the Eastern Cape and bounded by the western edge of the Drakensberg Mountains and in the north by the Orange River, gradually merging into the shimmering and sun-drenched plains of Bushmanland and the Kaiingveld. 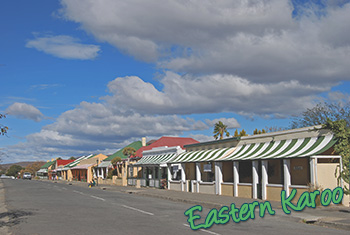 In order to best explore the Karoo the website has been divided up into seven distinct regions including the Klein Karoo, Koup, Hantam and Roggeveld, Western Upper Karoo, Eastern Upper Karoo, Camdeboo and the Eastern Karoo. Each section features the key attractions, places to explore, the towns and villages, food and accommodation options. The secret to the utmost enjoyment of the Karoo is to slow down, to take the back roads, to stop every so often to drink in the silence, tranquillity and spectacular landscapes and to take the time to enjoy the hospitality of the Karoo. In time you will discover that the Karoo is a destination in its own right and not merely a transition to endure. Enjoy!!