Rietbron has its origins in a patch of reeds where it was observed that there was a permanent damp spot in the soil. A well was dug and a strong, sustainable underground water source was discovered.

Thus the village was born with the Afrikaans name derived directly from the water source in the patch of reeds, a direct translation of the name Rietbron. Water from the source flowed into Paddadam, or Frog dam, from which many farmlands and orchards were irrigated. 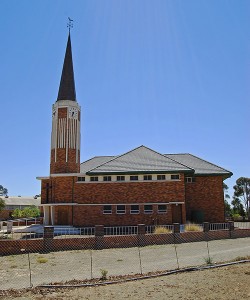 The village was established in 1910 with the decision of the NG Kerk in Willowmore to establish a new parish for the residents of the far-flung "vlaktes" north-west of Willowmore. In 1913 a new congregation was established and in 1918 the title deed for the Dutch Reformed Church was handed over to the Rietbron congregants. 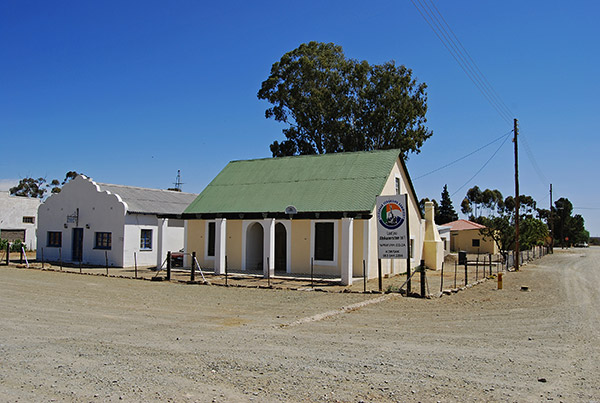 Afrikaner politics is alive and well in Rietbron

The village has always had a precarious existence and this was most evident in the 1930s with the crash in the price of wool and mohair on the back of the World economic crisis following the Wall Street Crash in New York.

This was exacerbated with a prolonged and crippling drought in the district.

The Government of the day stepped in and assisted the local community with public works projects which included building a road between Rietbron and Seekoegat or Hippo Hole towards Prince Albert and other projects such as digging irrigation ditches and the construction of the "Paddadam" or Frog Pond.

In 1973 uranium was discovered in the area, seen from an airplane on the in a rock garden on the farm Ryskuil. Options were taken on several farms in the district and in 1977, Esko Minerals purchased Ryskuil farm. A test shaft was sunk, a village was laid out and an airfield was built. But in 1984, Esko discontinued its search as the price of uranium had declined by 50%. Since 2004 some prospecting has been done on Ryskuil and several other farms in the area.