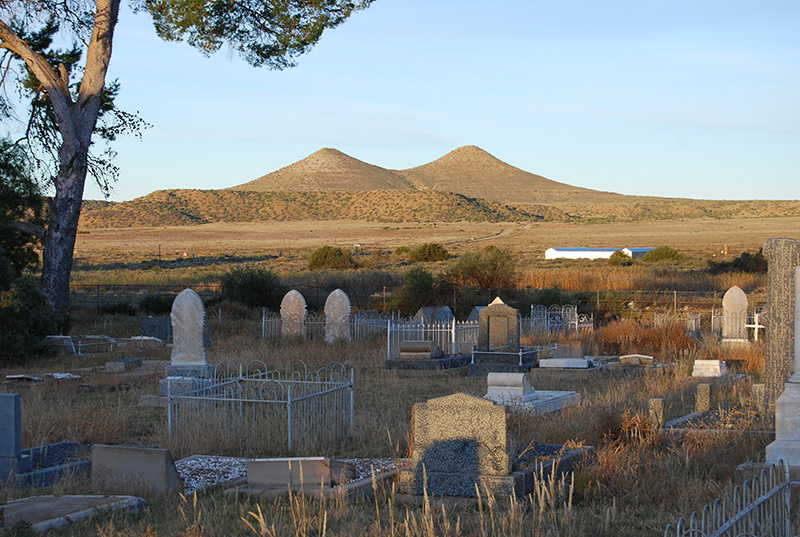 Philipstown is a small Karoo village in the Eastern Upper Karoo situated some 56 kilometres north-east of De Aar on the R48 road north towards Petrusville and the Vanderkloof Dam on the Orange River. The village is overlooked to the north-east by two symmetrical hills known as Pramberg, which can be loosely translated from the Afrikaans as Breast Mountain, taking on the resemblance of two perfectly formed female breasts. 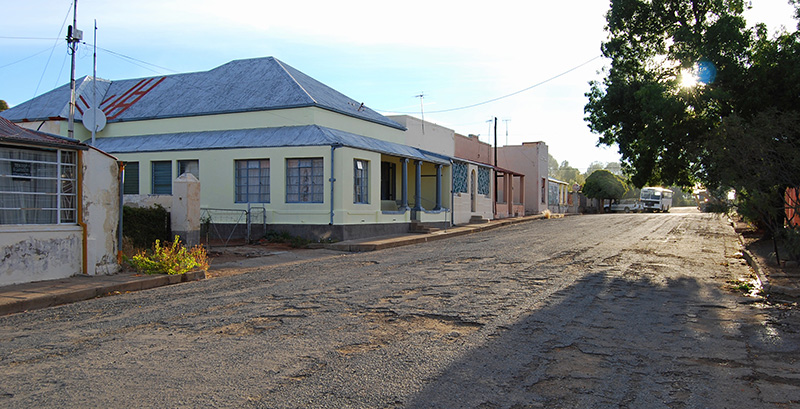 The village features a variety of sandstone buildings and Karoo cottages typical of the late nineteenth and early twentieth centuries. Many of these buildings are unfortunately a bit dilapidated with a rich colour palette of terra-cotta, ox blood, apricot and turquoise paint peeling from their somewhat poorly-maintained walls. 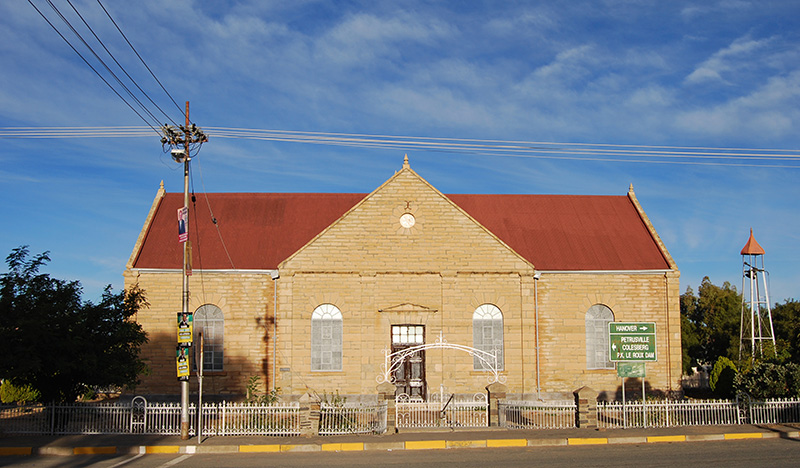 Prominent are the two churches in the village with the Gereformeede Kerk, or Refomed Church, conspicuous on the intersection of the main roads leading to De Aar in the west and Hanover to the south. 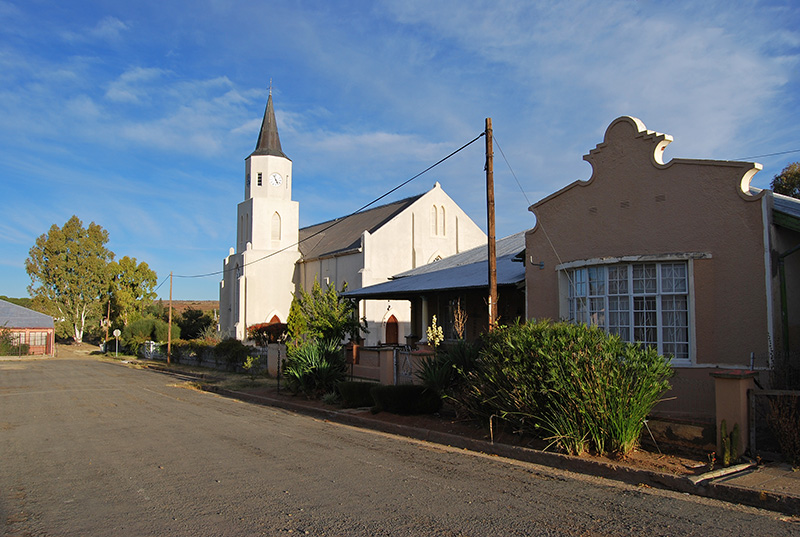 The Philipstown Dutch Reformed Church is unusually tucked away off a side street in a more discreet location, although its steeple is the tallest structure in the village. 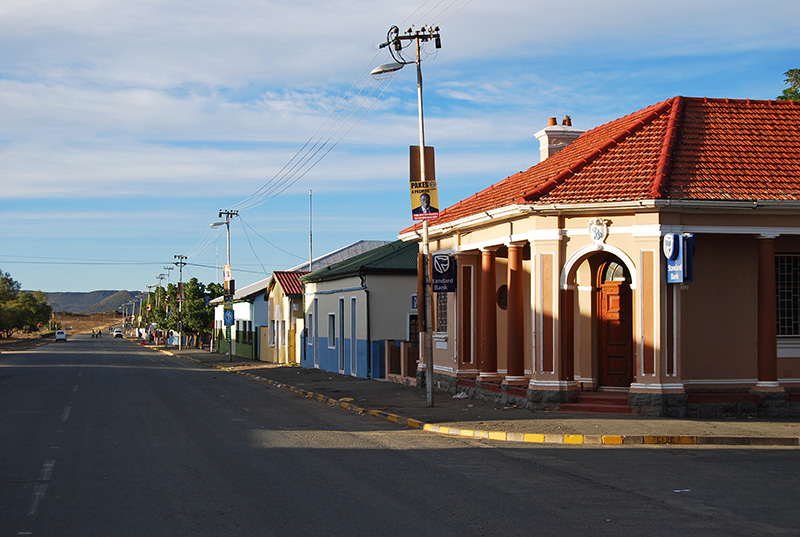 Philipstown – the R48 towards Petrusville

Philipstown is small enough for its residents to know almost everyone by name and in more recent years a number of artists and creative people have taken up residence, seeking a location that is both quiet yet invigorating in its simple and uncomplicated lifestyle.

The Quilt Shed is undoubtedly one of the major attractions of Philipstown with one of the finest quilting facilities in South Africa. Women from all over the Upper Karoo and further afield converge on the Quilt Shed on a regular basis to practice their centuries old craft and to catch up on the local gossip. 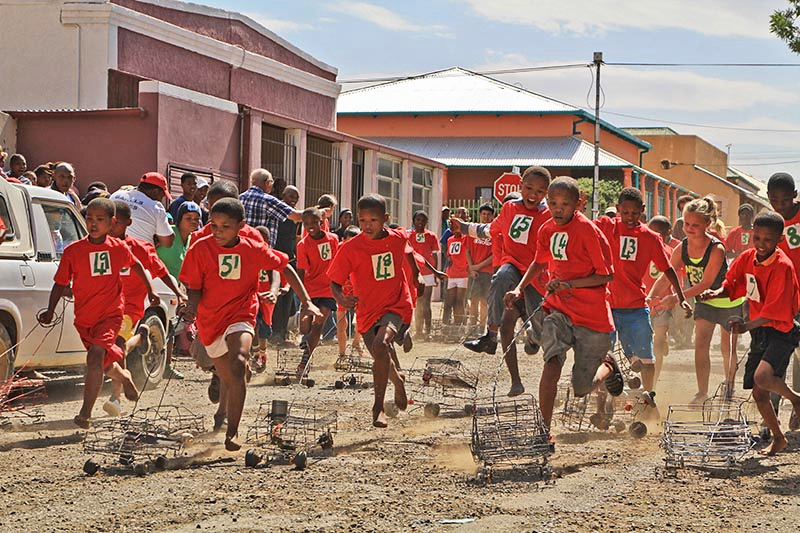 The Draadkar Grand Prix in Philipstown

The shed is festooned with a rich array of fabrics and pure cottons of the finest quality sourced from all over the World and all of this can be enjoyed together with a bite to eat and a cup of tea or coffee.

One of the highlights of the year is the annual “Draadkar” Grand Prix, or Wire Car Grand Prix, that takes place in November, where the youngsters from the village and elsewhere in the district get the opportunity to display the versatility and durability of their wire car creations in a mad dash for local fame and prestige. All the locals gather to witness the spectacle and the competitors needs to ensure that their wire cars are engineered to deliver maximum performance and that they are fit to outpace their opponents.

Wire Car frieze on the roof of the Philipstown Garage

The village garage displays a frieze of “Draadkarre” on its roof which was created by the local children as part of an art project to draw attention to their big annual event. 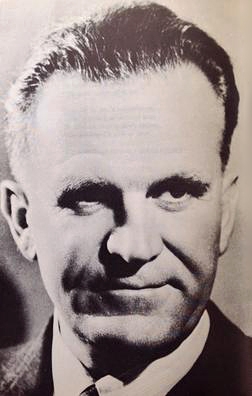 Philipstown was the birth place of Afrikaans poet Izak David du Plessis who was born on 25 June 1900 and received his education at Steynsburg, Petrusville and later at Wynberg Boys’ High School in Cape Town. Serving on the editorial board of Die Burger and the popular Afrikaans magazine Huisgenoot he developed an interest in the social life and cultural products of the Cape Malays. 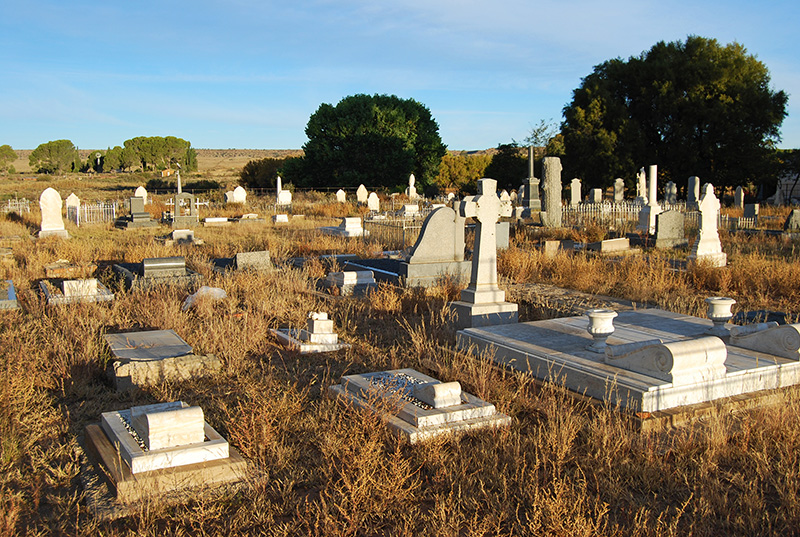 He played a leading role in the establishment of the University of the Western Cape and served as its first chancellor. In 1937 his anthologies Vreemde Liefde (Strange Love) en Ballades (Ballads) received the Hertzog poetry award, while in 1962 he received the Scheepers award for Youth literature. He passed away in Cape Town on 11 December 1981.

On some of the farms in the Philipstown district there are well preserved San rock engravings that tell a story of South Africa’s first people and their mystic and sustainable relationship with nature and the wild animals that once roamed this remote part of the Great Karoo. The vegetation in the district is mainly Karoo bossieveld, or small bushes, and grass. Merino and Dorper sheep as well as cattle ranching are the primary agricultural activities in the district. Maize and lucerne is also produced on a small scale. Some farmers are converting their farms into wildlife reserves suitable for recreational hunting or photographic safaris. 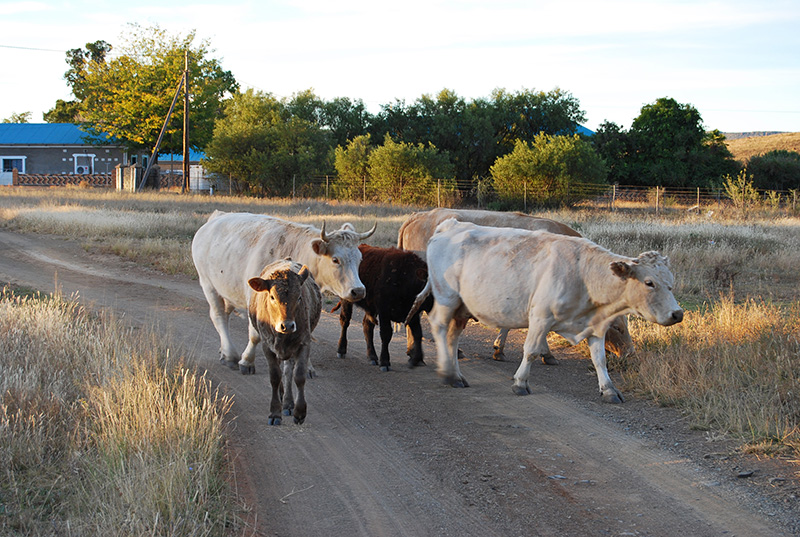