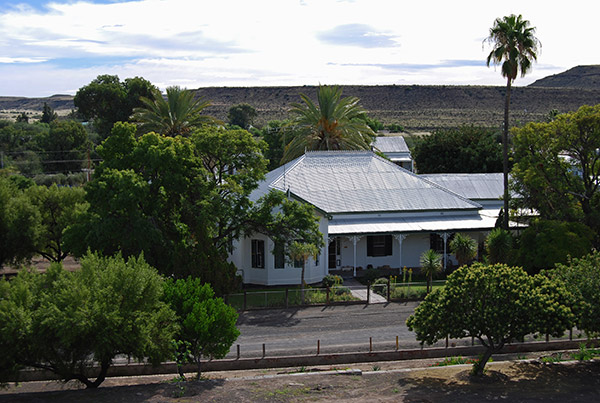 The tiny village of Merweville lies at the western end of the Koup in a setting of undulating hills and valleys. This area is one of the most arid in the Karoo and annual rainfall seldom exceeds 150-milimetres. Consequently the village is entirely dependent on boreholes and windpumps. Similar to the village of Rietbron at the eastern end of the Koup the village is only accessible by gravel roads and the easiest access is either via Prince Albert Road or Koup Station on the main N1 highway. 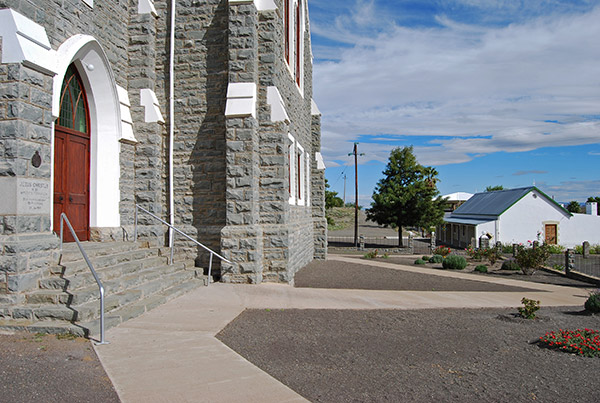 Despite its remote location the village stands at the crossroads to a number of far-flung Karoo towns and villages including Sutherland and Fraserburg on the high escarpment and Laingsburg and Beaufort West in the Koup. Merweville falls within the Beaufort West municipality despite the fact that it is more than 120-kilometres from the village to Beaufort West.

The word Koup means caul fat and was so named because the patches of golden veld grasses interspersed by the dark grey-brown ground around Merweville resembles the lacy fat and blood vessels surrounding a sheep’s liver. The contrast between the grassy patches and the ground is best observed at the beginning of winter when the gold and brown patches are most evident. 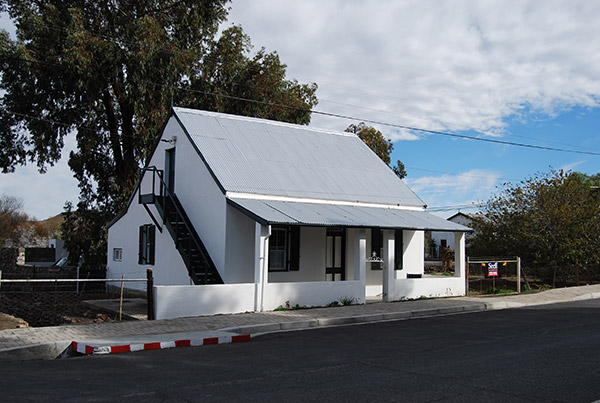 A fine example of a simple Karoo cottage in Merweville

Despite the fact that all the access roads into Merweville are gravel, the village boasts two tarred roads, no street lights and one of the most magnificent Dutch Reformed Churches in South Africa, which is often illuminated at night. 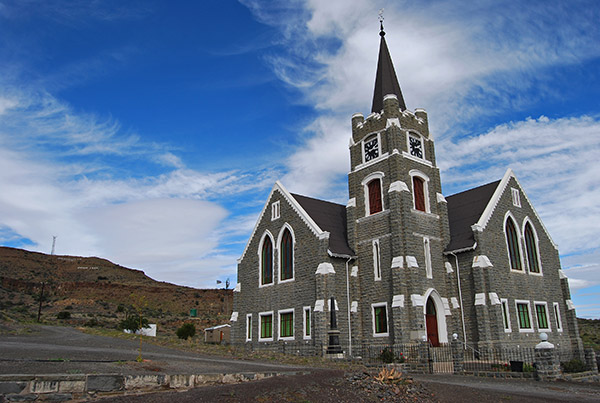 Given the area’s similarity to the desert regions of the United States the region is often used by filmmakers to portray scenes in Arizona and Nevada.

The American connection is also revealed in the names of some of the farms in the District including Montana and Arizona.

Today the village is tranquil and peaceful with a variety of typical Karoo architecture combining Cape Dutch influences with the traditional flat roofed Karoo cottages that line the streets. The NG Kerk situated on the slope of a grey, stony hillside, known as Letterkop, stands sentinel and is the most imposing building in the village.