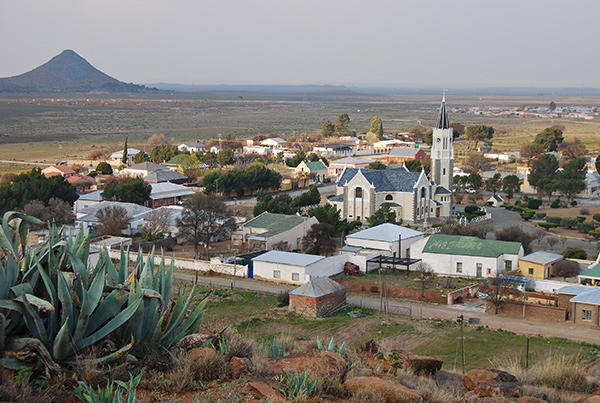 View over Hanover from Trappieskop

Almost equidistant between Johannesburg and Cape Town, Hanover is a popular place to overnight on the long journey along the N1 highway linking these two major South African cities. Hanover, in common with many Karoo towns and villages, is however deserving of more than just an overnight stop. The village nestles on the open plains of the Bo Karoo, or Upper Karoo, beneath Trappieskop, a typical Karoo koppie that dominates the view towards the west. 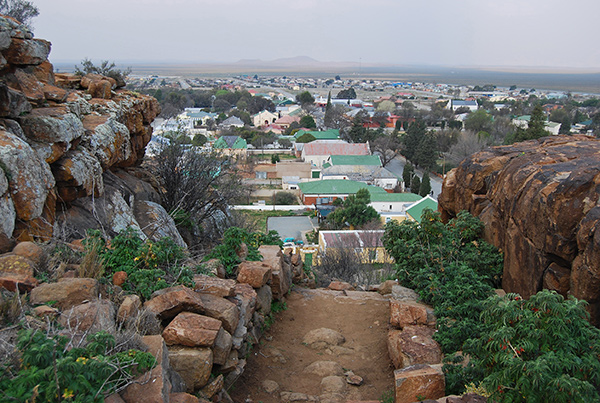 The path leading from Market Street to Trappieskop 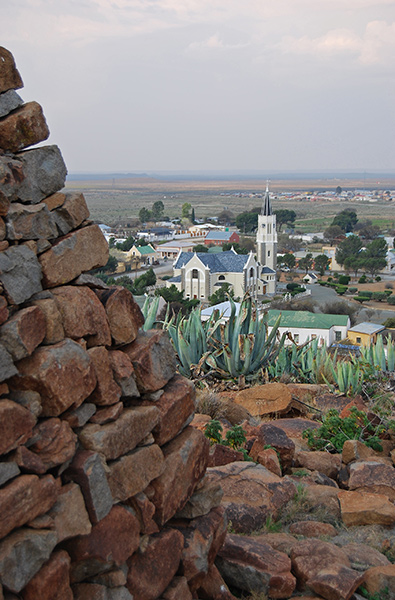 The Obelisk on the summit of Trappieskop

Trappieskop is so named as there is a footpath from a parking area in Market Street that allows for easy access to the summit of the koppie, affording sweeping views across the village and across the wide open, sun baked plains of the Upper Karoo in all directions. The accessibility of this delightful vantage point is due to the foresight of a local Victorian era magistrate, Charles Richard Beere, who was instrumental in encouraging the local residents to plant trees to shade the sunny streets of the village. He also thought that it would be a great idea to open up the summit of the koppie overlooking the village as a vantage point. Given his status as the local magistrate it was easy to arrange a group of convicts to construct a path and steps to the summit from which the local inhabitants could gaze across the rooftops of their village below. 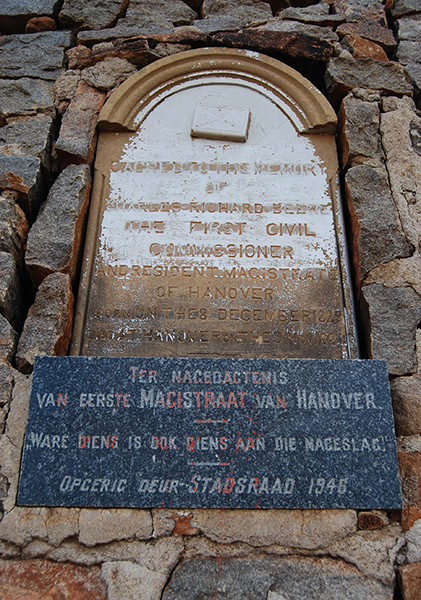 The Charles Richard Beere Plaque on the Obelisk

A plaque celebrating the life of this early resident of the village forms part of the obelisk on the summit of Trappieskop. Unfortunately the availability of water has diminished over the years due to the increased population and the shady streets of Hanover are less shaded than during the time of Charles Richard Beere. At one time South Africa’s first observatory was located on the summit of Trappieskop, but has been closed down and now forms part of the observatory near Sutherland. 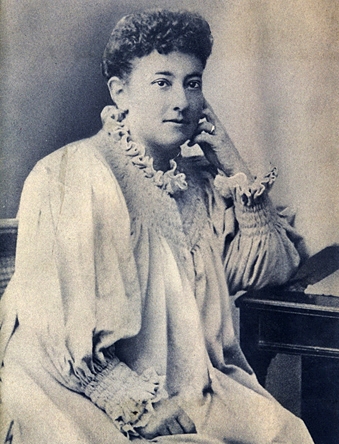 Some of the interesting inhabitants of Hanover include the famous author Olive Schreiner, who was resident in Hanover from 1900 to 1906. Schreiner was very fond of Hanover and regarded it as "the prettiest little village I have ever seen". Schreiner lived in a typical small iron-roofed Karoo cottage on the corner of Grace and New streets, and the house is one of the village's national monuments.

In more recent times, trade unionist Zwelinzima Vavi was born on a farm in the Hanover district in 1962.

His father was a migrant mine worker and his mother a domestic worker. He is the tenth child of four brothers and seven sisters. His interest in worker’s rights stretches back to his impoverished upbringing where he also worked as a child labourer on farms in the Hanover district. After many years in the Trade Union movement he was appointed General Secretary of the Congress of South African Trade Unions (COSATU) in 1999, a position he held until his acrimonious departure in 2015. In 2017 he was instrumental in founding the South African Federation of Trade Unions (SAFTU). 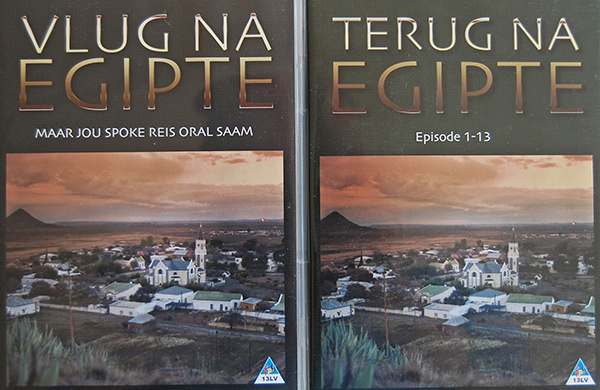 Hanover was also the location for the filming of the popular Afrikaans television series “Vlug na Egipte” (Flee to Egypt) and its sequel “Terug na Egipte” (Back to Egypt). This modern and genuinely South African story, focuses on the White and Coloured communities of a typical Karoo village and their often complex and difficult social issues, particularly with how these communities interact with one another.

An interesting thread through the story is the impact of new arrivals in these deeply entrenched communities, and the often unintended yet deeply influential changes that occur with outside influences, sometimes for the good and sometimes with not very positive outcomes. 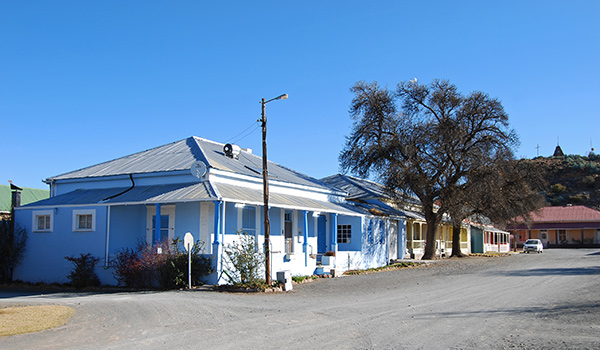 The Blue House with Trappieskop beyond

Similar to many Karoo villages the streets are not tarred and the residential areas are tranquil with the older houses in the village built right on the road verges in terms of the municipal requirements of the time. The gardens were always at the back of the houses. The addition of verandas facing the road attracted a local tax of one shilling and this practice has continued into modern times, although the shillings are now Rands.

Hanover is home to a variety of artists and craftspeople, as well as having several restaurants and coffee shops, a delightful bookshop and a museum in Viljoen Street featuring an array of documents, furniture, household appliances and photographs dating back to the establishment of the village in 1854. 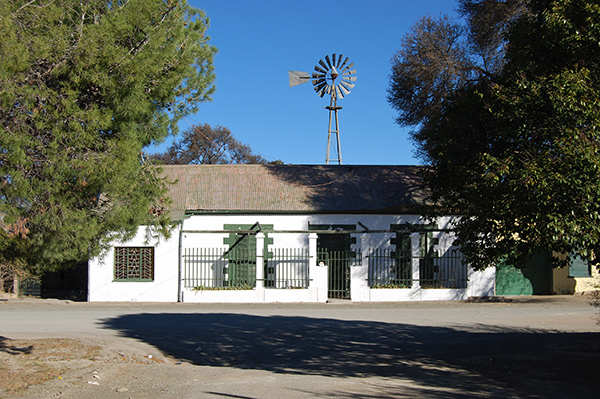 Hanover boasts many fine examples of Karoo architecture with the simple Karoo cottage predominating and many houses boast a wind pump standing sentinel in one corner of the garden. Merino and dorper sheep farming predominate, and some of the best lamb is produced in the district. 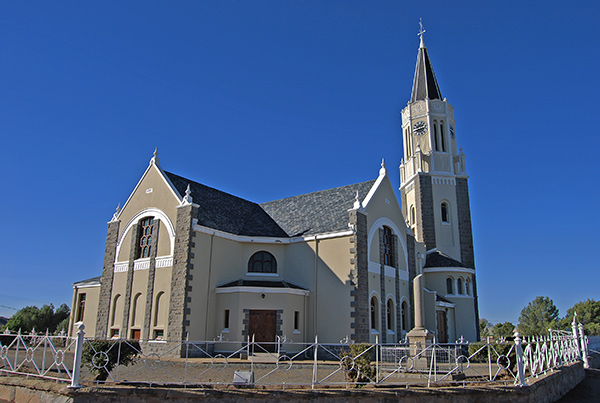 The tiny St Anne's Anglican Chuch was built in 1895 and is a national monument. The very imposing Hanover Dutch Reformed Church stands sentinel over the village and its cornerstone was laid in November 1907. 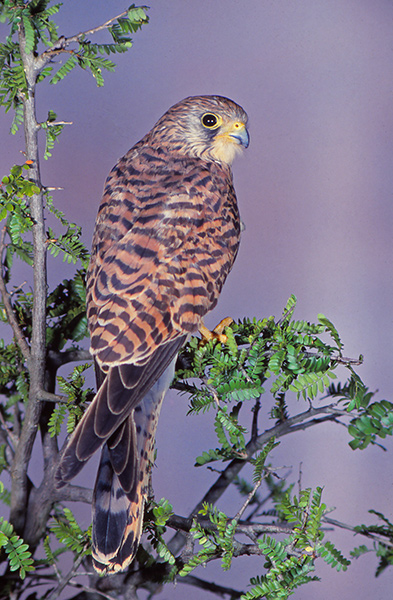 The architect responsible for its construction was William Henry Ford, who immigrated to South Africa from Australia during the 2nd Anglo Boer War.

On a warm spring evening you may be surprised by the arrival of hundreds of Lesser Kestrels on their migration from their breeding grounds in the far off steppes of Russia and Kazakhstan.

These hardy little raptors escape the savage winter months of their northern summer ranges to feed on the bountiful insect life in the hot Karoo summer. They are common visitors in Hanover, and across the Karoo, from October until the hot Karoo summer starts to wane with the advent of autumn.