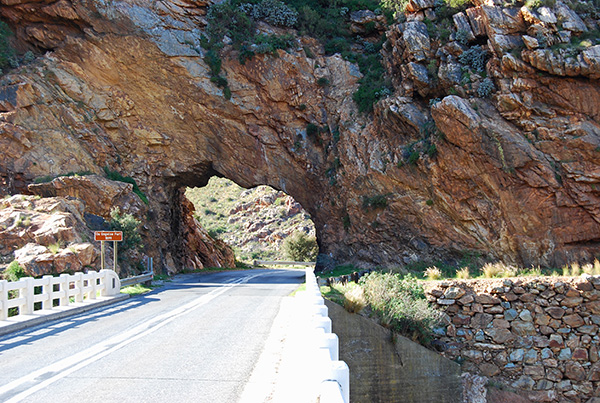 The Klein Karoo (Little Karoo) is a spectacular 350 kilometre long valley stretching from Montagu in the west to Uniondale in the east, and is almost completely surrounded by mountains. The Klein Karoo is only between 40 and 60 kilometres wide, sandwiched between the imposing Swartberg Mountains (Black Mountains) in the north, and the continuous Langeberge (Long Mountains) and Outeniqua Mountains in the south. 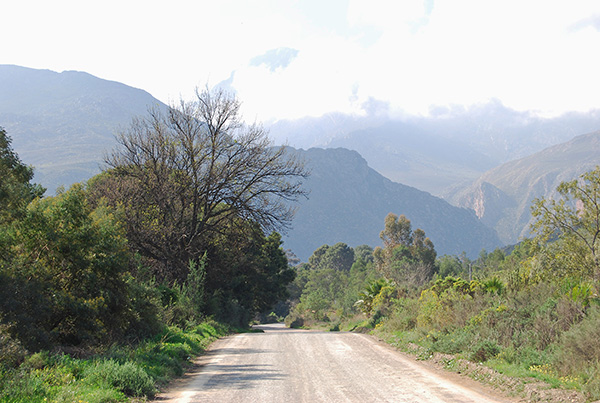 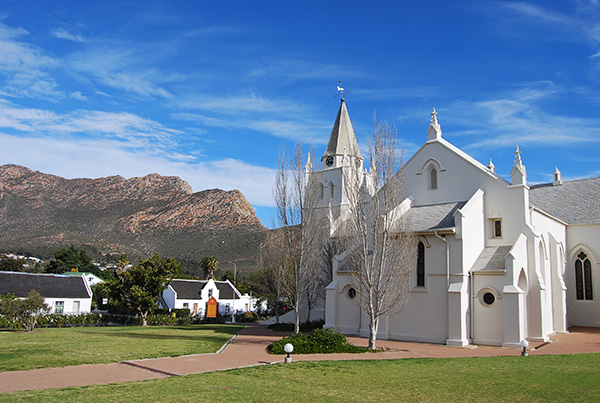 The popular Route 62 Tourist Route runs the full length of the valley from Montagu in the west through the village of Barrydale, at the southern entrance to the western sections of the Klein Karoo via the Tradouw Mountain Pass, to Ladismith beneath the towering Swartberg Mountains and the distinctive 2198-metre high Towerkop in the Klein Swartberg Mountain Range. 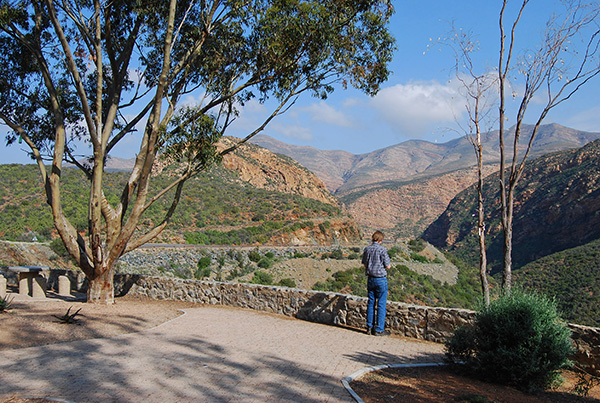 Beyond Ladismith the R62 passes by the historic mission stations of Zoar and Amalienstein before plunging through the Huisrivier Pass (House River Pass), a steep ravine through the twisted legions of rocks, before crossing the Gamka River.

Beyond the Gamka River the road ascends the eastern slopes of the steep valley before rounding a spur in the mountainous terrain and emerging at the western end of a wide open plain that descends gradually into Calitzdorp, the Port Wine Capital of South Africa. 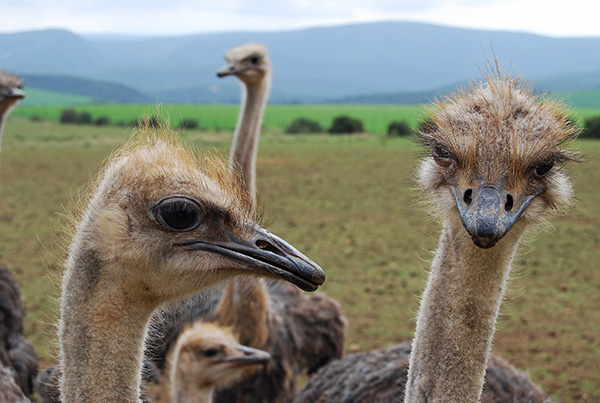 Ostrich in the Klein Karoo

Beyond Calitzdorp the R62 runs due east across a seemingly featureless plain with distant views of the Swartberg Mountains to the north and the Outeniqua Mountains to the south before entering Oudtshoorn, the principle town of the Klein Karoo. Vast numbers of ostrich are farmed in the area and are a common sight in the farmlands along the road. 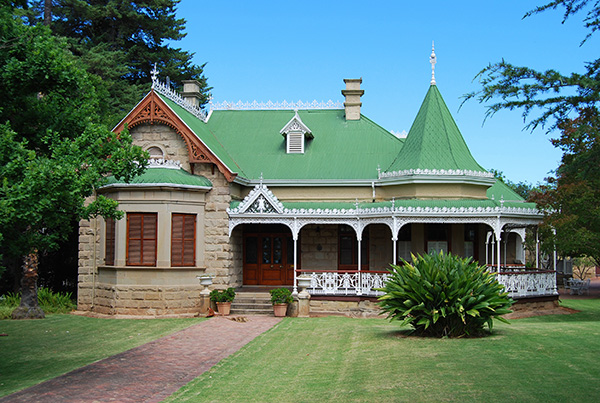 An alternate route from Oudtshoorn to Uniondale continues east along the N12 highway towards De Rust and beyond via the R341 and R339 to Uniondale through the beautiful valley between the Swartberg Mountains in the north and the Kammanassieberge to the south of the road.

Beyond Uniondale the R62 exits the Klein Karoo via Uniondale Poort and the spectacular Langkloof towards Port Elizabeth. 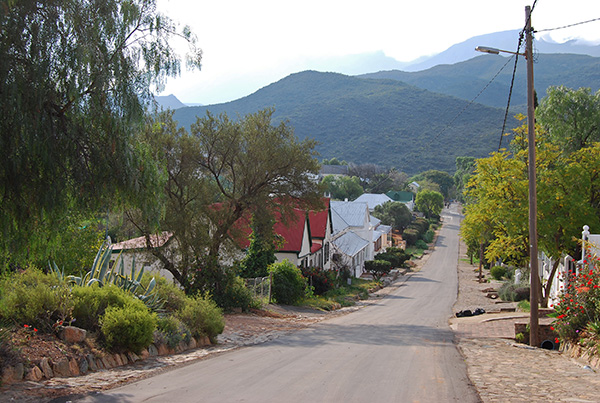 Access to the Klein Karoo from the Winelands of the Western Cape, the southern coastal strip and the Great Karoo to the north and north-east is almost exclusively by means of mountain passes.

These mountain passes were mostly constructed during the nineteenth century by renowned road-builders Thomas Bain and his father Andrew Geddes Bain and either pick their way through steep ravines following the course of rivers that have cut their way through the mountains, or up and over the precipitous heights of the surrounding mountains. 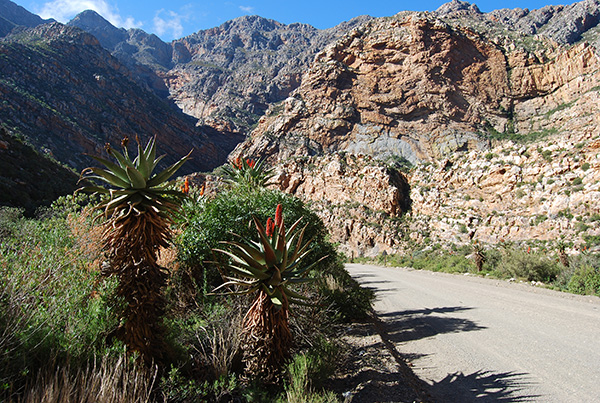 Meiringspoort, Seweweekspoort and Toorwaterspoort linking the Great Karoo with the Klein Karoo, Cogman’s Kloof at the western end of the Klein Karoo and Tradouw Pass linking Barrydale with Swellendam are examples of mountain passes that follow the course of rivers that have cut their way through the sheer barrier of twisted rock of the surrounding mountains. 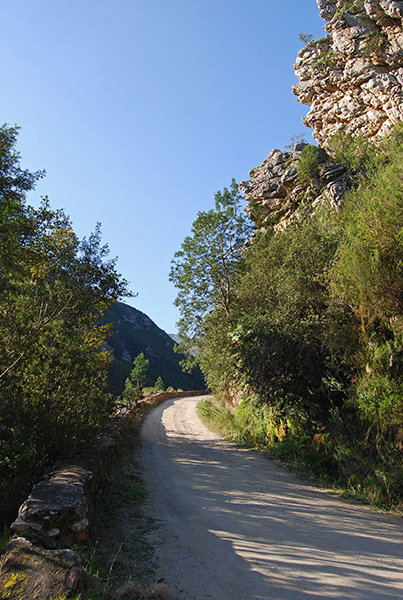 Lesser known mountain passes include the spectacular Prince Alfred Mountain Pass linking Uniondale with Knysna, Garcia Pass linking Ladismith and Van Wyksdorp with Riversdale and the gentle Ghwarriepoort at the north-eastern end of the Klein Karoo linking Uniondale along the N9 highway to Willowmore and beyond to Graaff-Reinet in the Camdeboo region of the Great Karoo. 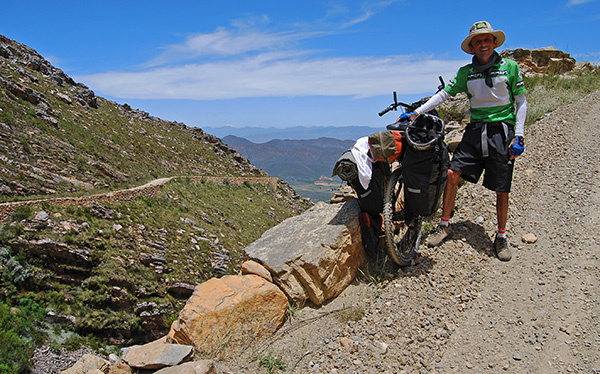 Although other regions of the Karoo, especially the western end of the Koup and the Hamtam Roggeveld are rich in succulent plants, the Klein Karoo has probably the richest and most diverse succulent habitats in the World. In the wider southern Africa region taxonomists have recorded more than 5000 species of succulents represented in about 60 families. 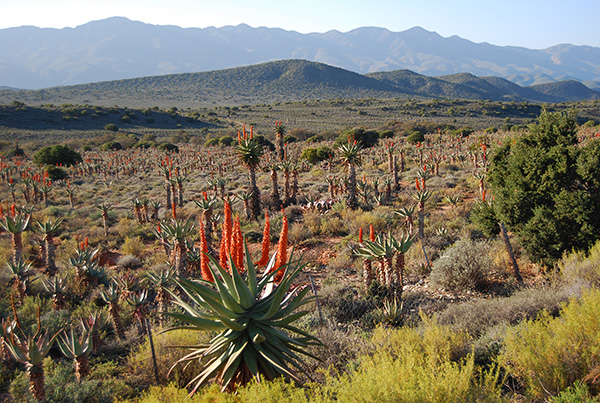 Fields of Aloes in the Kammanassie Valley

This represents nearly 50% of succulent species in the World and these unusual and unique plants are most easily accessible and widespread in the Klein Karoo. The Klein Karoo is also a transition zone between the Fynbos Plant Kingdom and the Succulent Karoo habitat prevalent in the area and it is common to encounter both fynbos and succulent plants growing naturally together. 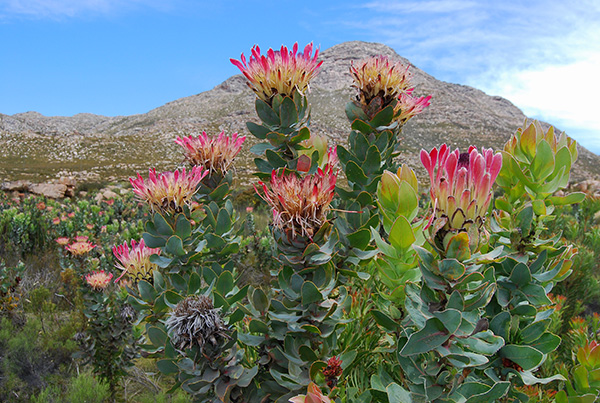 Fields of Proteas on Swartberg Pass

The Klein Karoo is also home to the longest wine route in the World, stretching some 270-kilometres from Montagu to De Rust. The wine culture in the Klein Karoo has been established over more than 200 years. 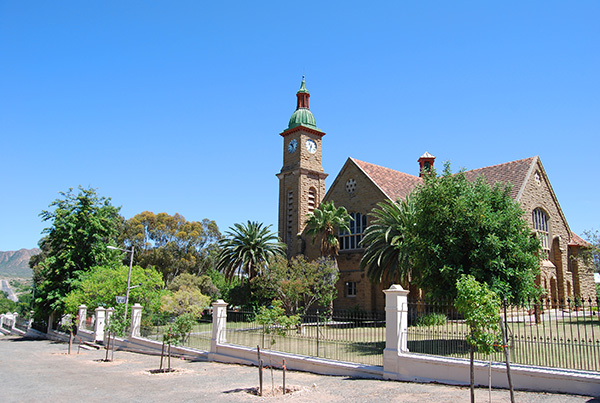 In the late eighteenth century, before the advent of railways, casks of heavy brandy were often loaded onto ox-drawn transport wagons on their journeys from the fledgling Cape Colony into the interior, and from this the culture of drinking wine has developed. 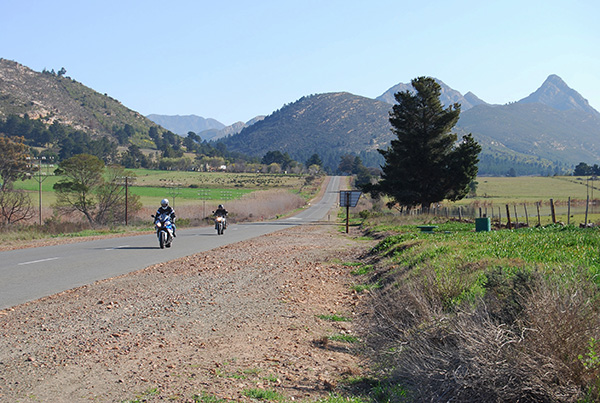 Oudtshoorn to Uniondale on the N9

Despite the size of the Klein Karoo wine region, production is focused more on quality than quantity with seven co-operatives and five private cellars, which offer a veritable feast of wines, including the world-famous port-wines of Calitzdorp. 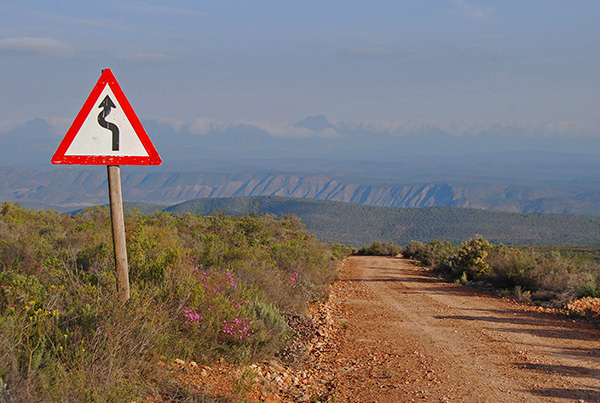 The Klein Karoo is the most accessible region within the Karoo and attracts the greatest number of visitors. As a destination the region is probably the most varied of the seven regions in the Karoo and this can largely be ascribed to its topography and the relatively higher rainfall.

The Klein Karoo is rich in culture with well-established communities that can trace their ancestry back across the centuries. The towns and villages are on the whole beautifully maintained, with a rich variety of historic buildings, many of which can be as old as two hundred years.

The diversity of the landscapes, with rugged mountains always in view, and the rolling hills and valleys within the Klein Karoo provide an endless source of delight and wonderment.

Despite being the most developed part of the Karoo there remains a sense of space and solitude across most of the region and the Karoo landscape fringed by mountains is always as one with the blue dome of the sun-splashed sky.