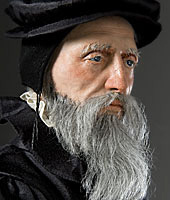 Calvinia was founded in 1845 on the farm Hoogekraal which was purchased by the Dutch Reformed Church in order to establish a parish for the far flung community of the Hantam Karoo. The original name of the region and the village was Hantam. The name Hantam has its origins with the Khoi people and it is believed that the name refers to "the hill where the red nut sedge grows".

Soon after the arrival of the first minister, Reverend N Hofmeyr in 1851, the village’s name was changed to Calvinia to honour the Protestant theologian and reformer, John Calvin. 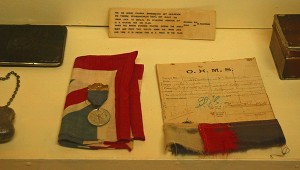 During the Anglo Boer War in 1901 the village was attacked by raiding Boer Commandos. Abraham Esau, a patriotic Coloured blacksmith loyal to the British, gathered a force of 70 locals to defend the town against the raiding Boer Commando. The Boers ripped down the Union Jack upon entering the town and tore it up. The torn flag is on display in the Calvinia Museum. 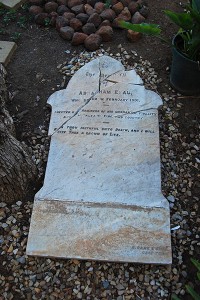 Esau earned the hatred of the Boers by demonstrating an active loyalty to Britain and by defiantly asserting the limited civic rights enjoyed by Coloureds in the Cape Colony at the time. 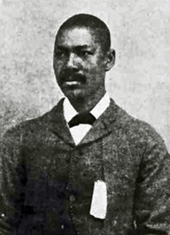 Esau was captured by the Boers, placed in leg irons and tied between two horses. The horses dragged Esau out of town where he was beaten and finally executed by one of the Boer Commandos, Stephanus Strydom.

Legend has it that a sudden thunderstorm scattered the mourners at his funeral and the coffin was splintered by a lightning bolt exposing Esau’s shattered face. The irony of Esau’s capture and execution was that Calvinia was recaptured by British forces three days later.

In the early twentieth century a sizable Jewish Community made its home in Calvinia and contributed significantly to the commercial development of the town. 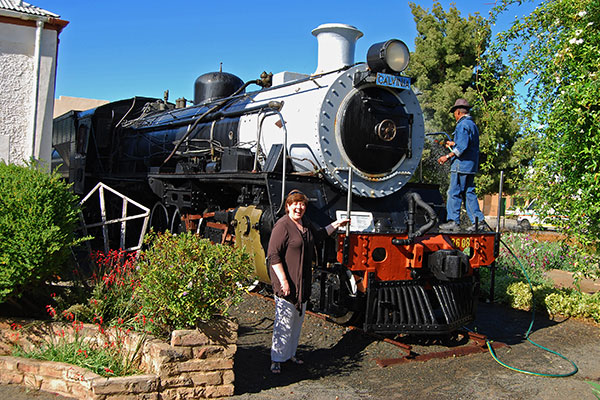 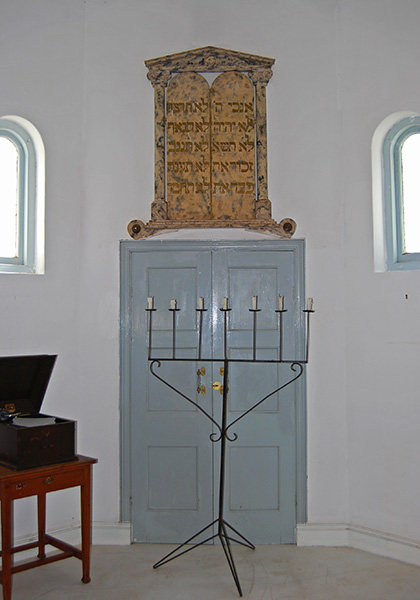 A reminder of the vanished Jewish
community in the Calvinia Museum

A Jewish Synagogue was built and opened in the town in 1920. Over the years the Jewish Community dwindled and ultimately the synagogue closed and was converted into the Calvinia Museum. Calvinia developed as the centre for a vast agricultural district and the arrival of the railway linking Calvinia with Hutchinson in 1917 was further evidence of the economic development of the town and the district.

Today Calvinia is a pleasant town with a well preserved architectural heritage that provides an interesting window on its past. Calvinia’s economy continues to revolve around wool and mutton farming.