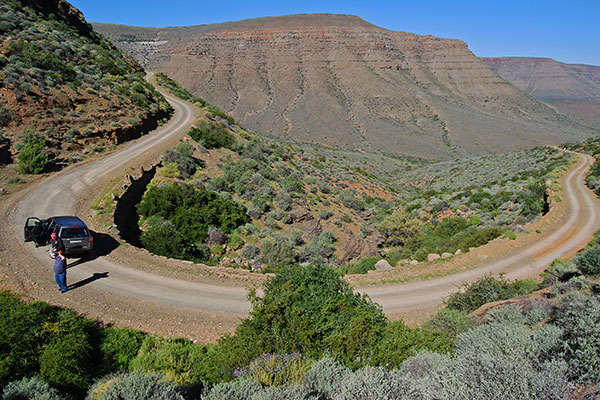 Middelpos is situated 30 kilometres from the top of the Gannaga Pass which is the shortest link to the Tankwa Karoo National Park. The road from Middelpos traverses the high Roggeveld plateau before reaching the edge of the Roggeveld escarpment with magnificent views across the Tankwa Valley to the distant Cederberg Mountains. 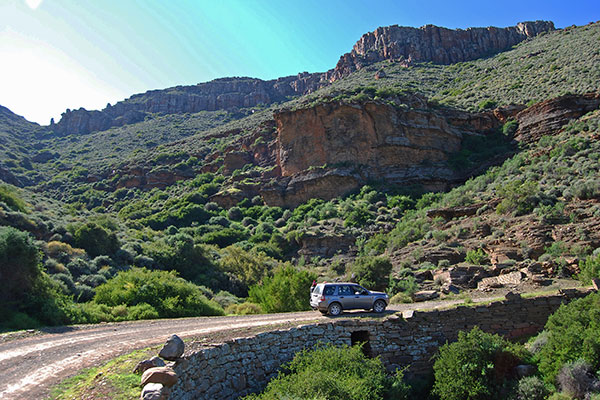 The Gannaga Pass was first surveyed by the famous Bain brothers but its final construction took place during the Great Depression of the 1920s.

The Pass descends steeply from the rim of the Plateau into a cut off valley in a fold of the Roggeveld Mountains. 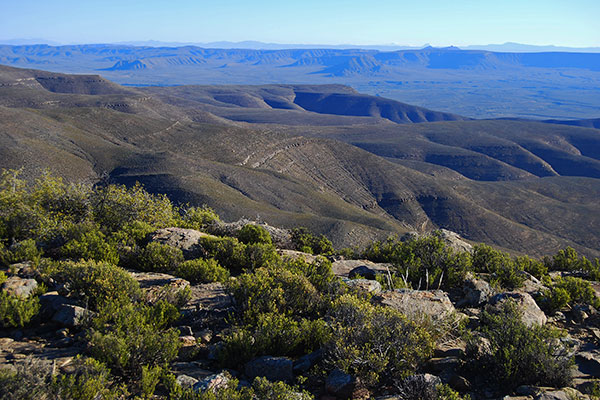 The Tankwa Karoo National Park headquarters is situated some 45 kilometres from Middelpos.

A circular trip back to Middelpos via Onder Wadrif and the spectacular Ouberg Pass to Sutherland or via a short cut linking onto the R354 between Sutherland and Middelpos from the top of the Ouberg Pass is a sensational day trip, particularly in the Spring months when the veld is carpeted in a colourful array of wild flowers.