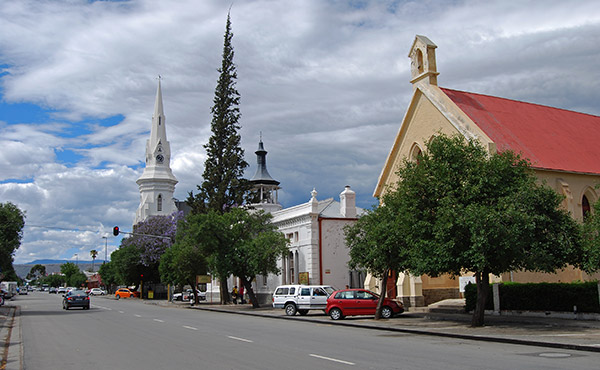 Donkin Street runs through the historical centre of Beaufort West

Overlooked by the high ramparts of the Nuweveld Mountains Beaufort West is the principle and largest town in the Koup and lies at the crossroads to many of the towns and villages of the Great Karoo. Donkin Street, Beaufort West’s main road, is always busy with an almost unceasing flow of traffic along the N1 highway through the town. The pressure of traffic is augmented by the convergence of the N12 highway from Oudtshoorn in the Klein Karoo which joins the N1 highway for a distance of 81-kilometres before splitting away from the N1 at Three Sisters en-route to Victoria West and Kimberley. The N1 highway continues north east to Richmond, Colesberg and Bloemfontein. The R61 from Aberdeen and Graaff-Reinet to the east also joins the N1 highway in Beaufort West whilst the R381 to Loxton branches off the N1 highway just north of the town. Minor country roads to Merweville, Fraserburg and Rietbron also radiate out across the vastness of the Great Karoo from Beaufort West. To the south west the N1 highway links Beaufort West with Laingsburg and beyond to Cape Town. 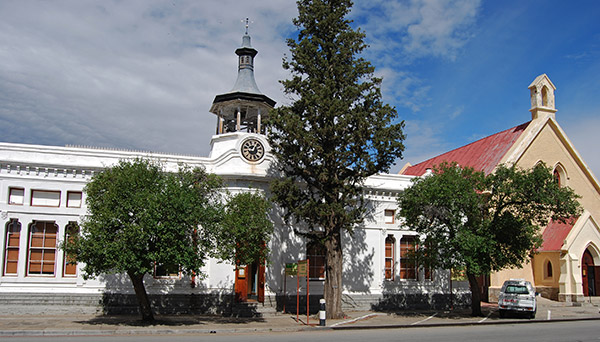 Somewhat at odds with the tranquil ambience of most Karoo towns and villages visitors to this bustling town may dismiss it as unworthy of exploration and discovery. Beaufort West is however a fascinating microcosm of the Karoo with a diverse community and a long and fascinating history.

As one walks around the historic centre of the town the variety of architectural designs is noticeable. This includes Victorian and Edwardian elegance to sturdy Cape Dutch and neo-Gothic buildings.

Tucked away in the side streets are a number of classic flat-roofed Karoo cottages.

The town boasts a number of national monuments including the old town hall and mission church together with the Barnard house which are now all part of the town’s museum complex. The museum was the original Beaufort West Town Hall and was designed and built between 1865 and 1866 by the Scottish architect James Bisset. The building originally accommodated the town council, public library, post office and the police station. 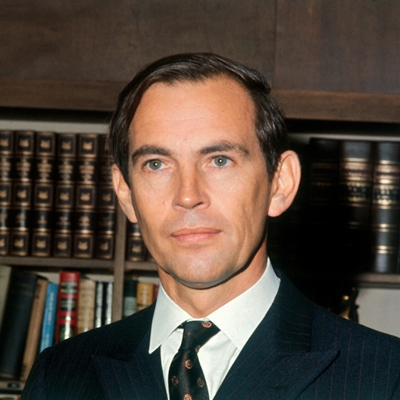 The museum displays a number of prominent awards presented to the world-famous heart surgeon Professor Christiaan Barnard who performed the world’s first human to human heart transplant at Groote Schuur Hospital in Cape Town in 1967. Barnard was born in Beaufort West in 1922 and matriculated at Beaufort West High School in 1940 before studying medicine at the University of Cape Town’s Medical School where he obtained his MB ChB in 1945. He passed away in Cyprus in 2001. 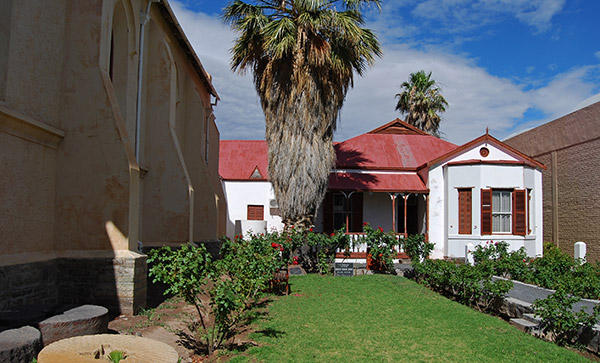 The yellow church located between the Barnard House and the Museum in Donkin Street is the old Dutch Reformed Mission Church that was built in 1871. Christiaan Barnard’s father, the Reverend Adam Barnard, ministered at this church. The old church is now part of the museum complex and houses a collection of historical clothing, a collection of firearms and includes Beaufort West’s cultural and church history. The old house next door to the church was the Barnard’s residence and the ashes of Christiaan Barnard have been interred in the garden. 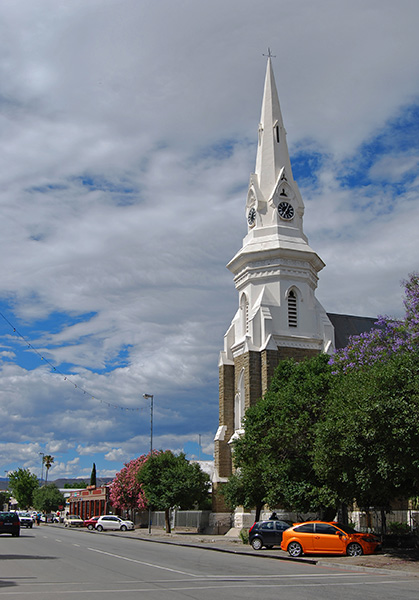 On the corner of Donkin and Church Streets, opposite the Beaufort West museum complex, is the handsome Dutch Reformed Church. The Beaufort West parish of the NG Kerk is the eleventh oldest in South Africa and the original thatched roof church was built where the existing church now stands in 1830. The congregation swelled in numbers and the need arose for a larger church to accommodate all the parishioners. The old church was demolished and in its place the handsome new neo-gothic church was completed in 1892. The church was designed by the architect James Bisset and its graceful white spire is the focal point of the town. 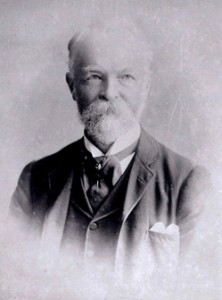 The church grounds contain two sandstone memorials in memory of two of its earliest ministers together with a memorial commemorating the life of General Reverend Paul Roux who fought with the Boers against the British in the Anglo Boer War.

The oldest surviving church in Beaufort West is the Christ Church Anglican Church in Donkin Street. The church was designed by Sophia Gray, the wife of Robert Gray, the first Anglican Bishop of Cape Town. The church is reminiscent of the design of many country churches in England built during the mid-19th century. The church was completed in 1854 and consecrated by Bishop Gray in October 1855. The church was not built entirely to plan as the local builders embellished Sophia Gray’s plan and built the church both wider and higher. The church was later altered when the main entrance was moved to face Donkin Street together with the addition of a chancel. 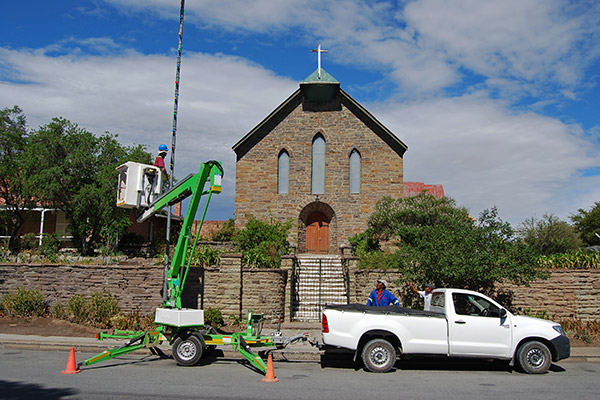 At the north end of Donkin Street is the local jail, built in 1873, a building of considerable presence, executed in the heavy Neo-Classic manner of the mid-Victorian period. The prison complex included a gallows constructed close to the jail. Nobody seems to know why it was built in the main street. Its first jailer, an African-American, was also jailed there for negligence on duty after a jailbreak - but he escaped, never to be seen again.

The old 2nd Anglo¬-Boer War blockhouse still guards the red railway bridge. Built of local Karoo stone, it is a silent reminder of this epic conflict between the British and Boers. In common with most Karoo towns and villages both Boer and British soldiers are buried in the town’s cemetery. 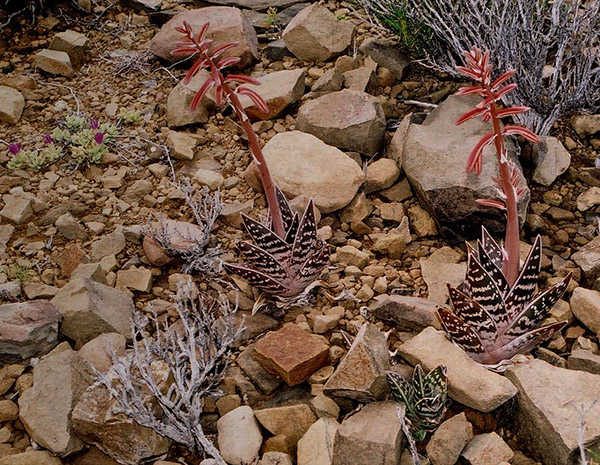 The floral emblem of Beaufort West is the appropriately named kanniedood aloe (Aloe variegata). The name translates as the “cannot die” aloe. Its name does not however relate to its resilience to the harsh environment in which it flourishes but rather to a local myth that if anyone transplants a kanniedood aloe and it dies then they too will die.

Beaufort West is also the only town in Africa where pear trees have been planted along the pavements, with some of these trees dating back as far as the 1830s. The iconic Karoo National Park is also situated close to Beaufort West with the entrance to the Park located along the N1 highway towards Laingsburg, approximately five kilometres from the centre of the town.

As one of the principle towns in the Great Karoo, Beaufort West attracted a number of well-known residents over the years and in addition to Christiaan Barnard was also the birthplace of a number of prominent South Africans. Sir John Fraser was born in Beaufort West in 1840 and studied medicine at Kings College in Scotland. He served as Private Secretary to President Johannes Henricus Brand, the 4th President of the Orange Free State, and qualified as an advocate at the Orange Free State Bar. He was knighted by the British Crown for promoting reconciliation between Boer and Briton after the conclusion of the 2nd Anglo Boer War. 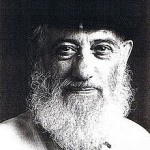 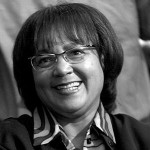 Cromwell Everson, who composed the first Afrikaans Opera and a variety of classical music, was born in Beaufort West.

Of more recent vintage the firebrand Pan African Congress (PAC) leader, Patricia de Lille, was born in Beaufort West. De Lille abandoned the PAC to form the Independent Democrats which later merged with the Democratic Alliance. De Lille became the Executive Mayor of the City of Cape Town in 2011.