The history of Victoria West extends back more than 170 years to 1843 when the site was selected as a new parish for the Dutch Reformed Church in the vast upper Karoo, north of the established parish in Beaufort West. The farms Kapokfontein translated as 'snow spring' and Zeekoegat translated as 'hippopotamus hole' were purchased in order to establish the village. 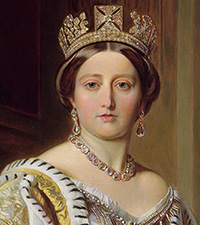 The plots on the farm Zeekoegat in the valley between the hills were sold on public auction in 1844. It is interesting that the condition of sale included the requirement to build a house on the plot within four years and to plant quinces, pomegranates and elder trees. Thrown into the deal was the right for each landed resident to graze 20 oxen, two cows, two horses, some sheep and goats. It was forbidden for residents to sell wine or brandy. From its humble beginnings Victoria West was a centre for agricultural activity.

The church council named the new village Victoria in honour of Queen Victoria who had ascended to the British throne seven years prior to the establishment of the town. The 'West' was added to its name in 1855 to avoid confusion with the district of Victoria in the Eastern Cape. 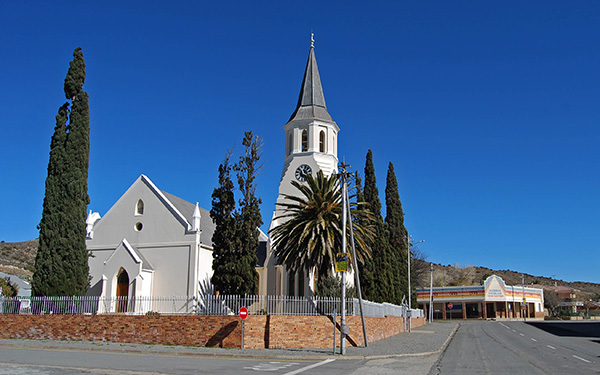 In 1871 Victoria West suffered a cataclysmic flood that destroyed much of the town and was responsible for more than 60 human casualties. This event was similar to the disastrous flood that devastated parts of Laingsburg in 1981 and resulted from a torrential cloudburst in the upper catchment of the Brak River.

Lawrence Green, in his book Karoo describes the events that took place on the night of the 27th February 1871. Some one thousand people were resident in Victoria West at the time and although the day had been swelteringly hot and the Brak River was completely dry the evening brought cool breezes and the flash of lightning and rumble of thunder away to the west of the town.

One man witnessed the cloudburst some ten miles south-west of the town and realised that there was a danger from severe flooding. Hastening back towards the village he passed by Patrysfontein farm, the home of the Hugo family. The farm had been completely destroyed by flood waters and Mrs Hugo and four of her children had been swept away by the flood and drowned. Mr Hugo managed to clamber up onto his trek wagon and by fastening the brakes had managed to weather the torrent of water on top of his wagon. He also managed to save one of his children from the flood waters. 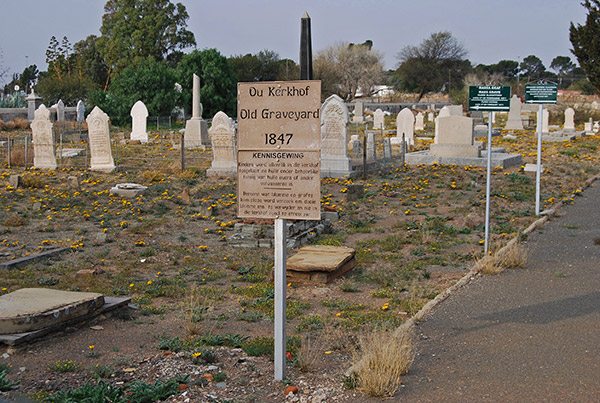 In the village the four-metre high flood waters struck without warning. A young bride-to-be, Rainie Dodds, was trying on her wedding dress as the waters struck. The house collapsed around her damaging her spine and she died soon afterwards.

In the Quirk’s Hotel there were twenty-two people dancing, only one survived the lethal torrent of water. A Mrs Jacobsohn made a raft out of her featherbed and put herself and her children on the bed and floated on this precarious structure until the water subsided. Another brave woman a Mrs Kossuth, who was trapped in her living room with the walls collapsing about her, stood in the fireplace to avoid injury and as the flood water rose to the level of her chin she held her six-year-old child above her head until the water subsided. 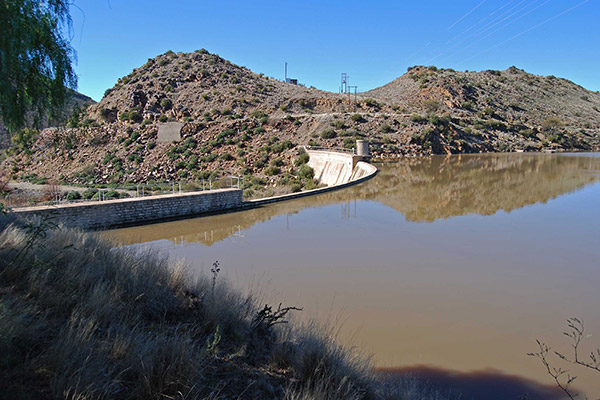 The Victoria West dam wall protects the town from flooding

The Beaufort West Courier described the town "as a pretty town in ruins, with tales of woe and adventure everywhere."

The Cape Argus reported that "in all directions dead people, sheep, cattle, horses and merchandise could be seen lying about. Many of the corpses were naked.

Just below the village was Mr A.L. Devenish’s farm. Here stood the finest farm dam ever built in the Colony, with a solid stone wall backing the embankment. When Devenish counted his losses he found that five of his shepherds had been drowned, with 1,600 merino sheep. His dam had been completely destroyed. In the village, thirty houses had collapsed. The magistrate's court was badly damaged and all public documents lost."

In 1872 a breakwater was built across the river to minimise the damage from any future flooding. Although Victoria West suffered periodic flooding after 1871 the breakwater ensured that there was no further loss of life. A mass grave for some of the victims of the flood can be visited in the old graveyard in the town. 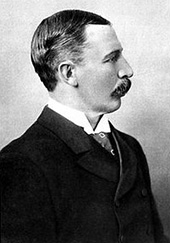 The discovery of diamonds in Hopetown in 1886 gave impetus to the development of Victoria West as the town was situated on the wagon trail from Cape Town to Hopetown and later to Kimberley. Fortune seekers flooded the trail to the north in search of diamonds and Victoria West served as a staging post on the long road to the diamond fields. 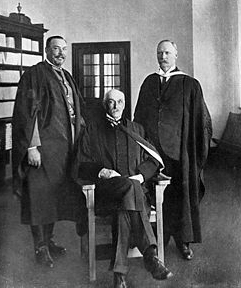 John X Merriman (seated), last Prime Minister
of the Cape Colony and member of Parliament
for Victoria West together with Generals
Louis Botha and Jan Smuts

One of the most prominent politicians of the late nineteenth and early twentieth century South Africa was the member of parliament for Victoria West in the Cape Colonial Parliament between 1904 and 1910. John X Merriman, who was born in Somerset in England, became Prime Minister of the Cape Colony in 1908 and was also instrumental in drafting the constitution of the Union of South Africa that gave birth to South Africa in 1910.

After the 1895 Jameson Raid that precipitated the outbreak of the 2nd Anglo Boer War he denounced British imperialism as practised by Cecil John Rhodes. He was also one of very few members of Parliament in the Union Parliament that opposed the Native Land Act of 1913, which formally deprived the African population of most of South Africa’s land and was the forerunner of the Apartheid state in South Africa that evolved during the latter half of the twentieth century.