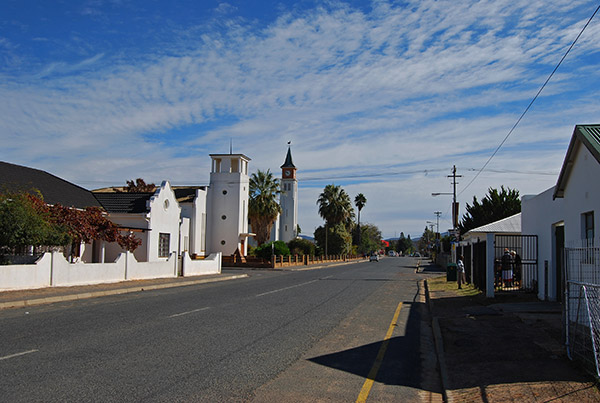 Touws River is the first town that travellers encounter upon entering the Karoo after ascending the Hex River Pass on the N1 highway linking Cape Town with Beaufort West and beyond. The town was once a thriving railway junction and owes its existence to the Cape Government Railways of the old Cape Colony and the route that its founder Sir John Molteno, Prime Minister of the Cape Colony, chose for the railway line over the Hex River Mountains linking Cape Town with the Great Karoo and the diamond fields of Kimberley. 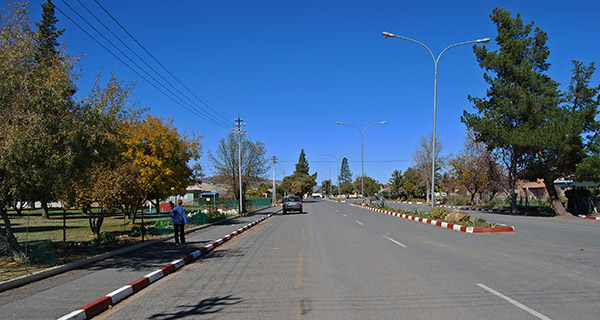 A view along Jane Street in Touws River

Touws River lies at the junction of the seldom flowing Touws and Donkies Rivers and lies east of the Hex River Mountains and south of the Bontberg.

To the south a network of gravel roads link Touws River to the distant towns of Ladismith and Montagu in the Klein Karoo. A few kilometres west of Touws River, the R46 branches off the N1 Highway linking Touws River with Ceres and from this road the R355 branches off via Karoo Poort and through the vast Tankwa Karoo valley to distant Calvinia in the Northern Cape. 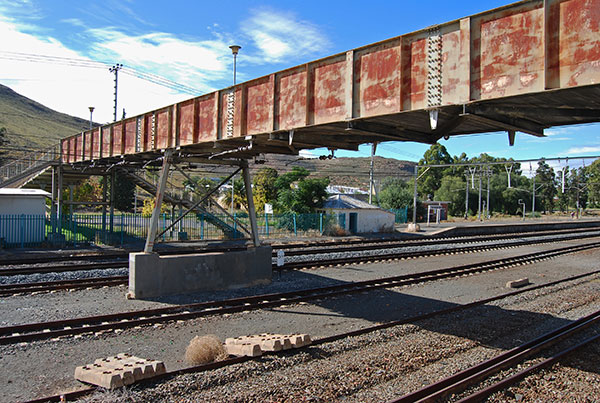 The railway station was once the economic centre of Touws River

The historic village of Matjiesfontein and Laingsburg lie further east along the N1 highway.

Touws River’s fortunes have declined in recent years with the closure of the branch railway line to Ladismith in 1981 and the opening of the Hex River Tunnel in 1989 reducing the importance of the town as a railway depot.

The town is surrounded by farms, mountains and game reserves and preserves open-air displays of steam engines in memory of its history as a railway centre.