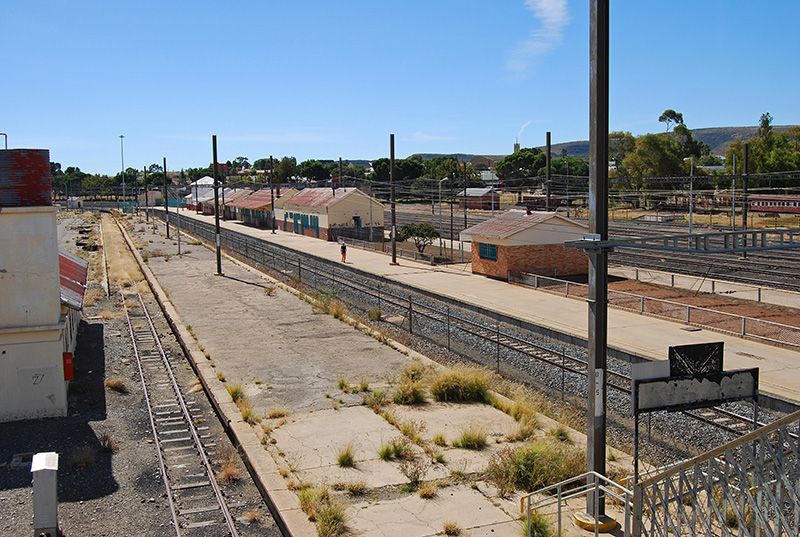 Together with De Aar to the north-west, Noupoort owes its existence to its historical importance as a railway junction on the Bloemfontein to Port Elizabeth line and its connection with De Aar connecting these centres to Namibia, Cape Town and Kimberley. Noupoort remains a change-over hub for diesel to electric locomotives on the Bloemfontein railway line.

Commercial activity in Noupoort was heavily dependent on railway activity. After a long period of diminishing demand for rail transportation the town’s economic fortunes have declined. 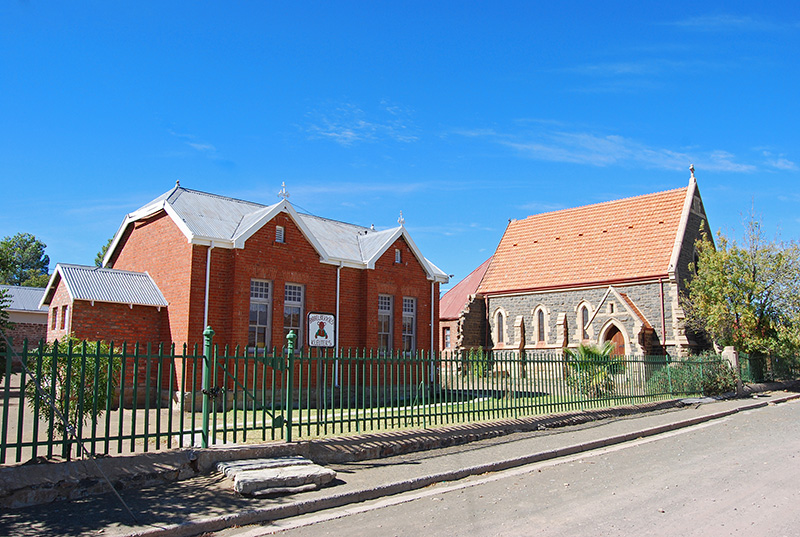 Noupoort station was once one of the busiest in South Africa and the town was a train-spotters delight back in the days of steam when the old black steel Goliaths used to chug across the Karoo like hulking, smoking behemoths.

Back in the 1920s, more than 85 trains steamed through Noupoort daily. In 1966 diesel locomotives were first introduced and they were referred to as the Red Starvation given the red-ochre colour of the South African Railways livery of the day. 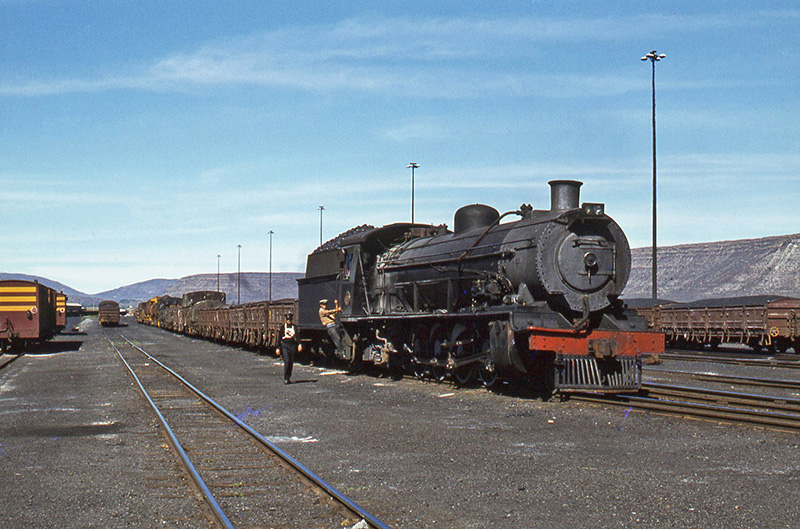 The diesel locomotives did not require both a driver and fireman and their introduction precipitated the inevitable decline in employment opportunities on the railway network. 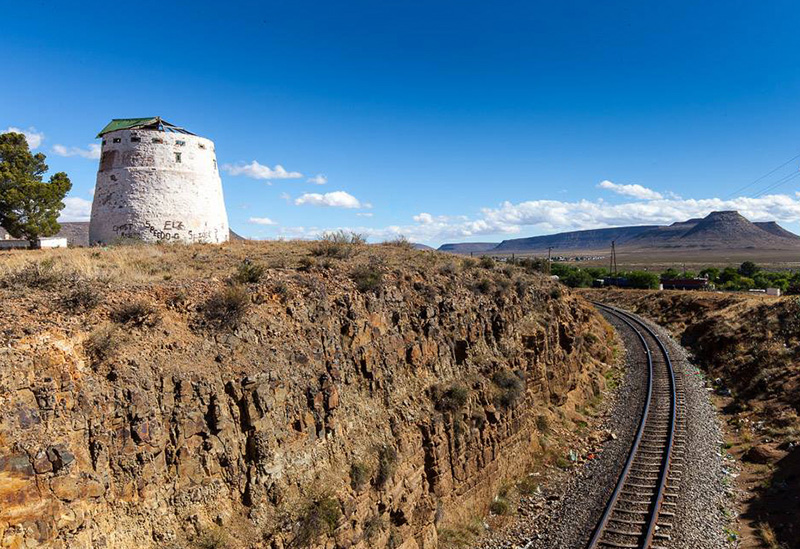 Noupoort block house and the Railway Line to Colesberg

The town’s name is somewhat misplaced as it refers to the narrow pass or ‘poort’ 20-kilometres to the south of the town towards Middelburg through the Carlton Hills where both the N9 Highway and the railway drop in altitude to the Cape Midlands towards Cradock and Graaff-Reinet. 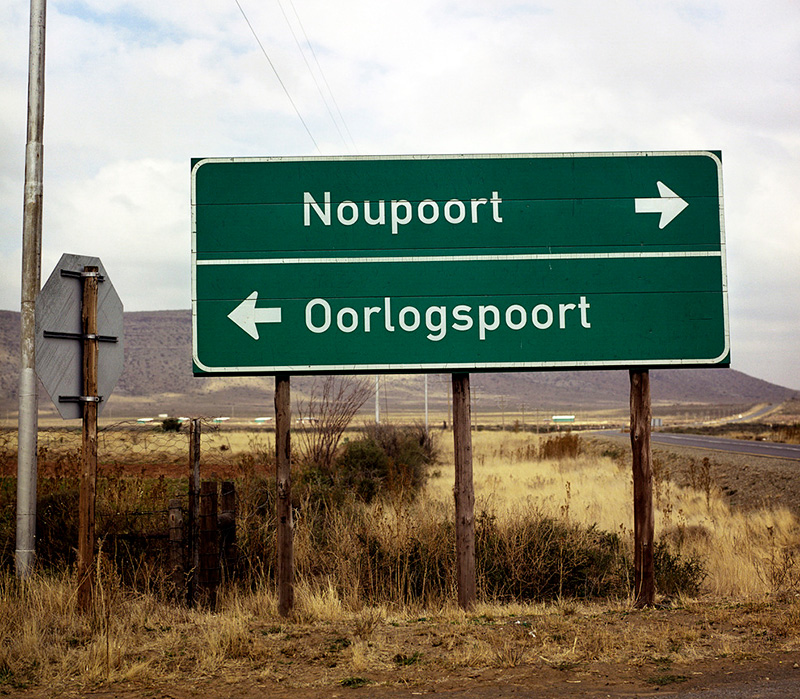 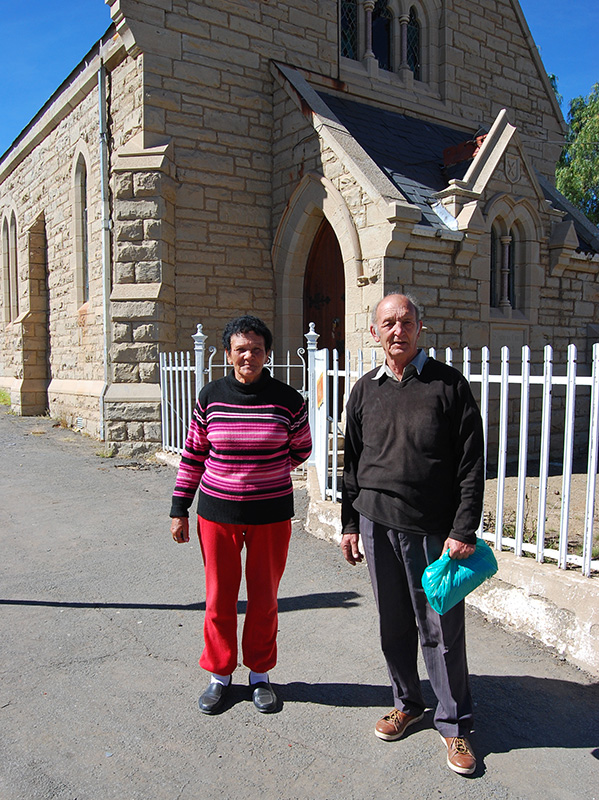 Noupoort locals outside the Presbyterian Church

To the north of Noupoort the N9 highway traverses the somewhat featureless Upper Karoo landscape until the bulk of the 1707-metre high Cole’s Kop marks the entrance to Colesberg. West of Noupoort the gravel R389 road strikes out across the flat terrain towards Hanover on the N1 highway linking Colesberg and Richmond.

East of Noupoort a scenic gravel road wends its way through broken hills and valleys towards the remote settlement of Oorlogspoort, or War Defile, before swinging south towards the railway village of Rosmead on the R56 road and railway linking Middelburg and Steynsburg. 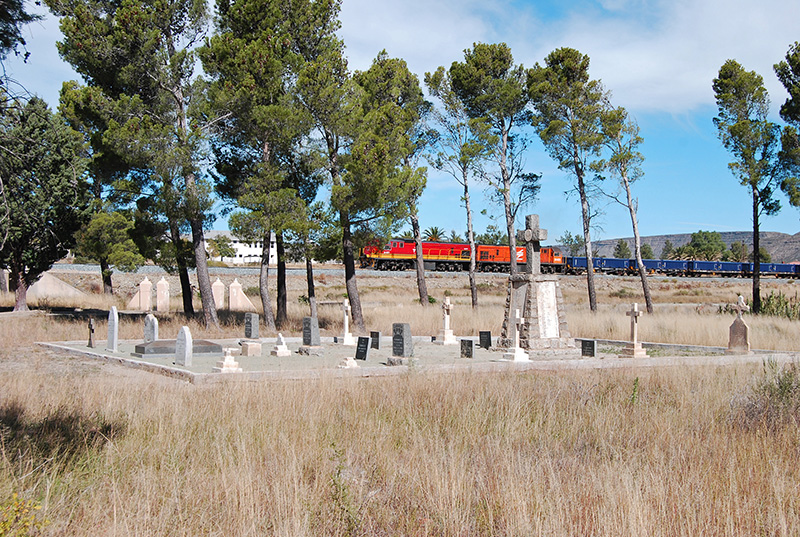