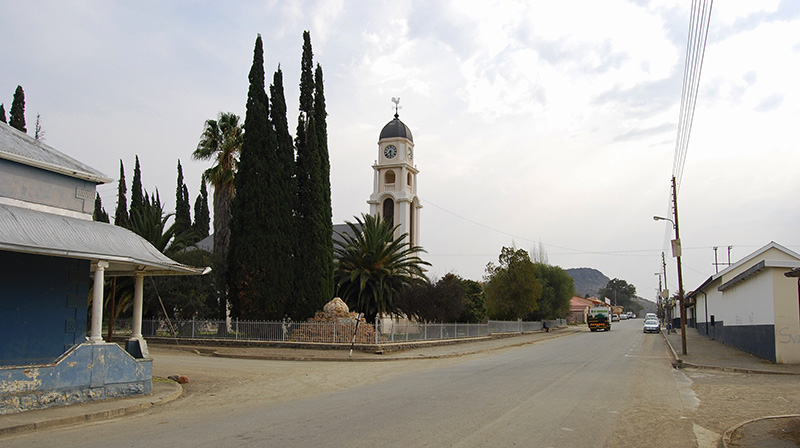 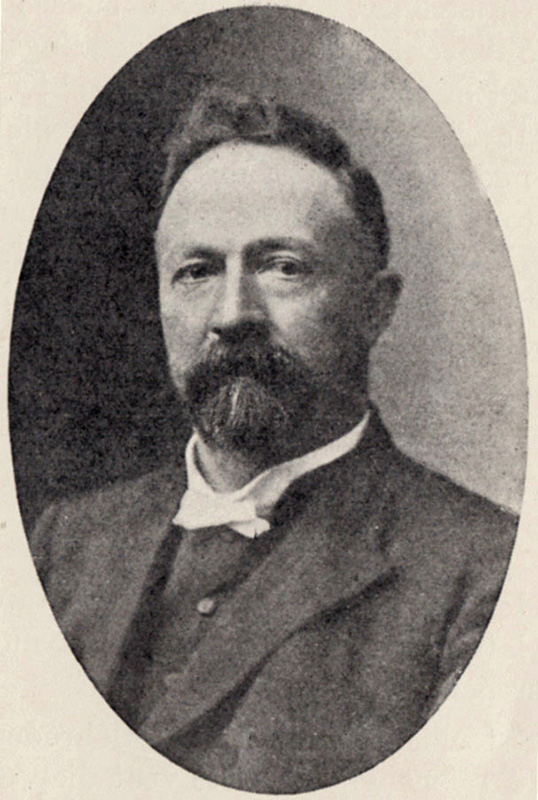 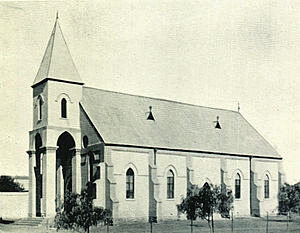 Dutch Reformed Church in Petrusville in 1917

Petrusville has its origins on the farm Rhenosterfontein and was named after Petrus Jacobus van der Walt who bought the farm in 1810. Twelve years later he donated a portion of his farm to the Dutch Reformed Church.

However, it was not until 1877 that the village came into being with the sale of the first plots for private ownership, and the construction of the first church in 1879.

Initially the Dutch Reformed parish at Petrusville was attached to the parish of Philipstown; however, it broke away in 1882. 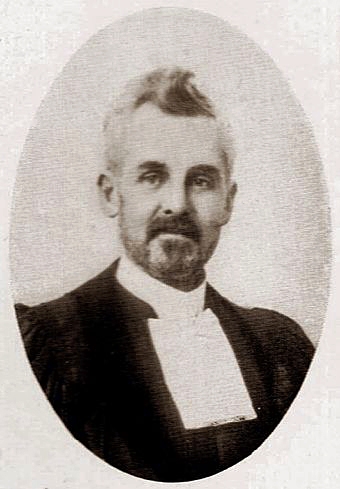 During the ministry of the Reverend P.J. de Villiers between 1884 and 1897 both a new church and parsonage were constructed at a cost of £2000 and £1100 respectively. 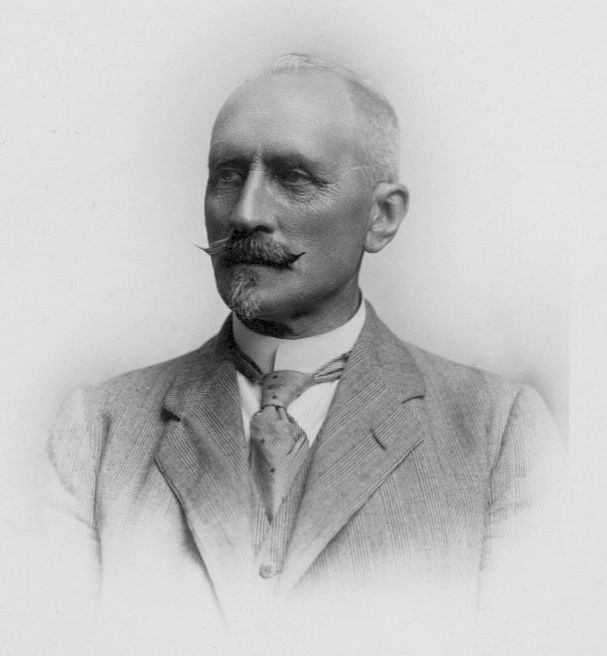 The imposing Dutch Reformed Church in Petrusville today, with seating for 800 congregants, was built between 1925 and 1928 during the ministry of the Reverend Lambertus Petrus Lochner, who served the community for 35 years between 1915 and 1950.

The architect responsible for the design of the new church was Folkert Wilko Hesse and his son Francois Hesse.

Construction of the Vanderkloof Dam was originally scheduled to commence at the same time as the Gariep Dam, formally known as the Hendrik Verwoerd Dam. 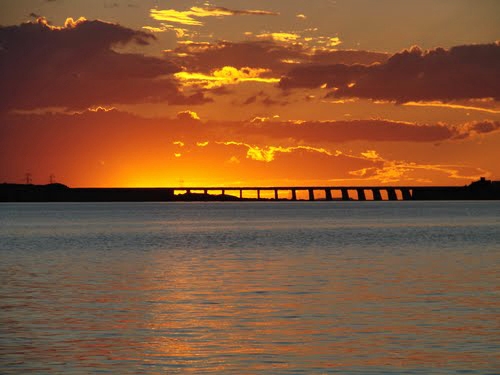 Sunset over the Vanderkloof Dam

However in October 1967, construction was postponed in accordance with government measures to curb inflation and expenditure in the South African economy. During 1969, the Cabinet decided to proceed with the project and in 1970 a second tender process was initiated. 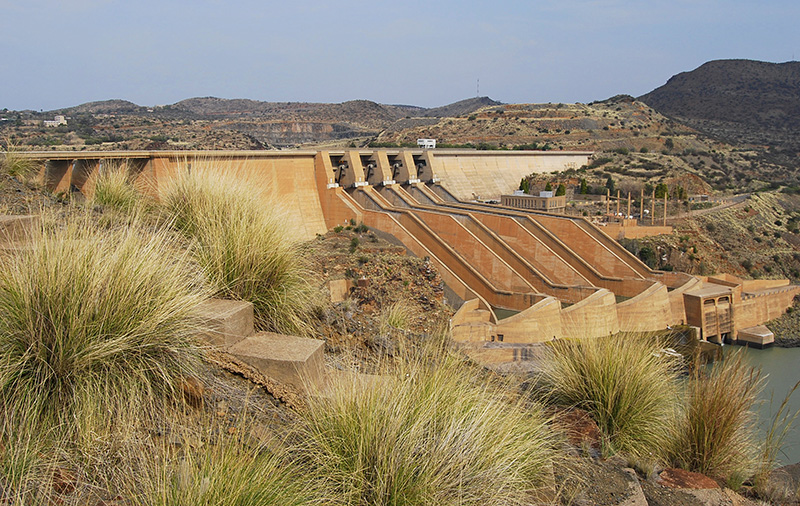 The tenders were however considerately higher than expected and during March 1971 it was decided that the Department of Water Affairs would undertake the construction work itself. The Vanderkloof Dam was designed by a consortium of local and overseas consultants. 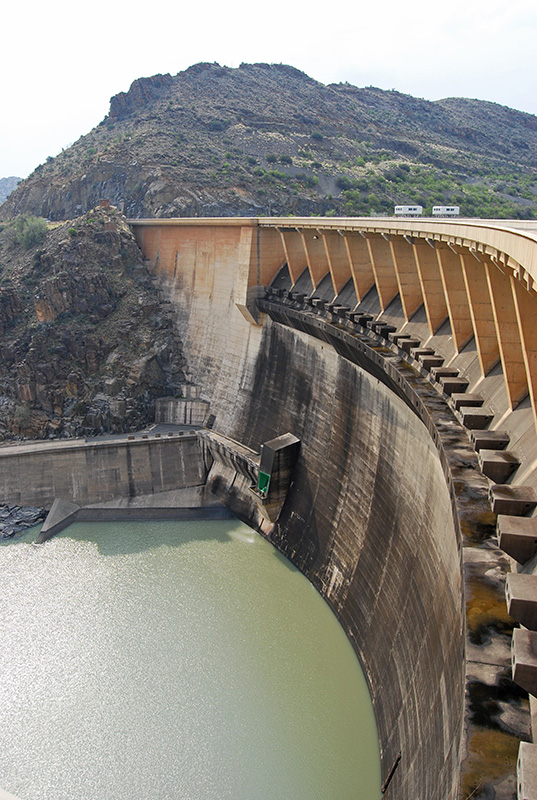 During July 1971 the first construction teams arrived on site and two years later the first concrete was poured. During August 1973 the river was diverted through a temporary opening in the right flank of the wall and it was then possible to start with the foundation excavations of the river section.

The delay in the construction of the dam meant that the flow of the Orange River could now be controlled by the completed Hendrik Verwoerd Dam. Although this reduced the risk, flooding of the works still occurred during February 1974. 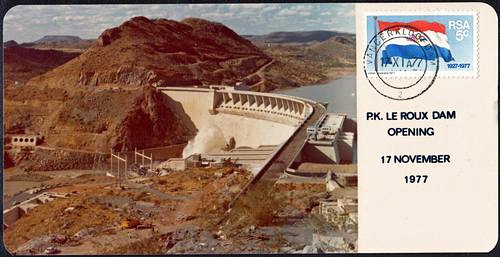 This resulted in some 100,000 cubic metres of silt and sand being deposited in the cofferdam, but no appreciable damage was caused. Further flooding occurred later, but the work was not delayed.

The P.K le Roux Dam was finally commissioned in September 1977. 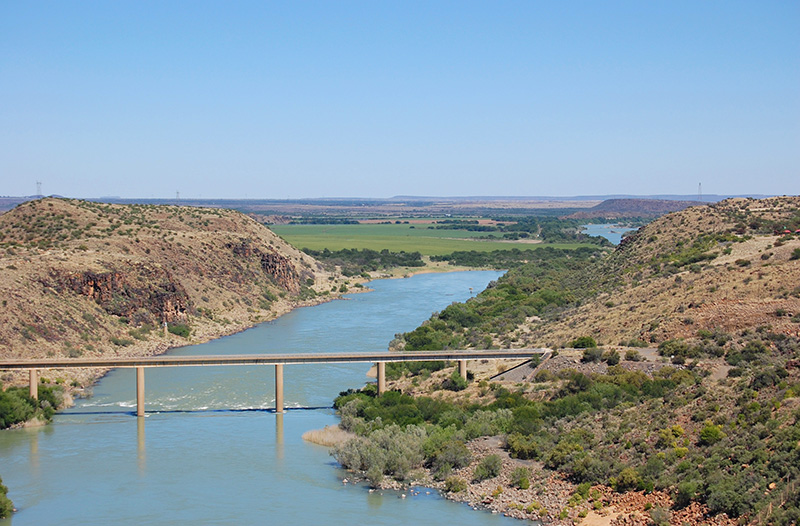 The Orange River below the Vanderkloof Dam
↑