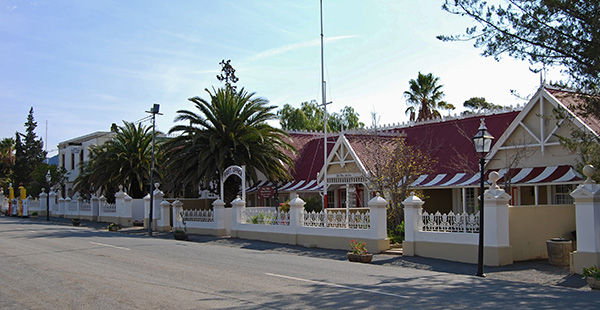 The historic village of Matjiesfontein lies just off the N1 highway 28-kilometres west of Laingsburg and at the junction of the R354 that leads through some of the most beautiful landscapes of the Great Karoo to the isolated village of Sutherland on the high Roggeveld Plateau.

Matjiesfontein lies in the shadow of the Witteberge or White Mountains that rise in the east to meet the bulk of the Swartberg or Black Mountains. 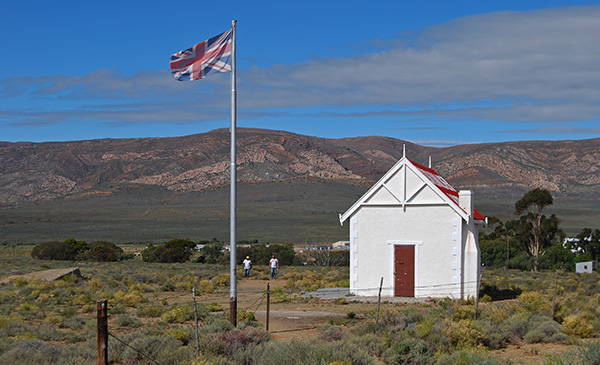 Matjiesfontein is almost entirely a country hotel with most of its buildings part of the Lord Milner Hotel. The village is also situated on the main railway line linking Cape Town with Kimberley and Johannesburg beyond.

The village, which has its origins in the late nineteenth century, has been fully restored by the owners of the Lord Milner Hotel and is now a popular overnight and refreshment stop on the long highway linking Cape Town with the interior of South Africa. 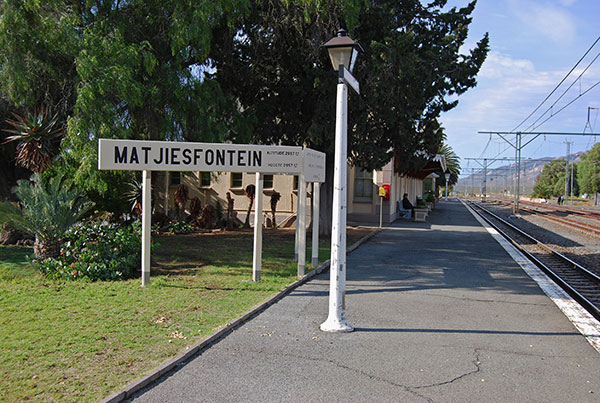 In the golden age of rail travel in South Africa, Matjiesfontein was an important stop
on the long journey from Cape Town to Kimberley and Johannesburg

Matjiesfontein is one of few remaining outposts of the British Empire and the character of this colonial outpost is apparent from the turn-off from the N1 highway with the lone Union Jack still flying from the flag post at the road side providing an inkling of what one can expect before entering the village.

The village consists of one main road. Along the one side of the road all the old, restored colonial era buildings are arranged. On the other side of the road is the Matjiesfontein railway station, that also houses the largest private museum in South Africa providing a window on the lifestyle and culture of the Cape Colony in the late nineteenth century. 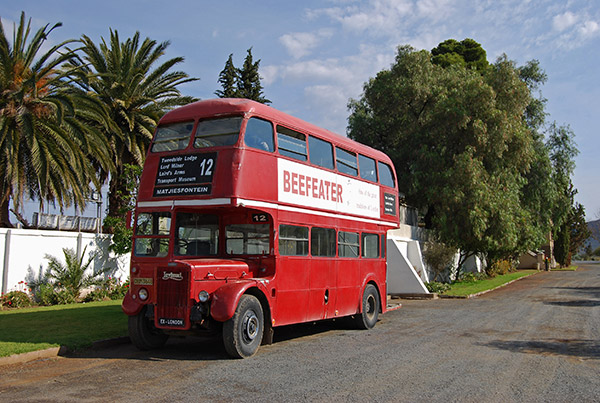 Public transport in Matjiesfontein is provided by a London bus

Parked in the road between the hotel and the railway station is an old double-decker, bright red, London bus that is used to convey visitors around the village. All of the colonial era buildings along the road have been beautifully restored by the current owners of the Lord Milner Hotel. 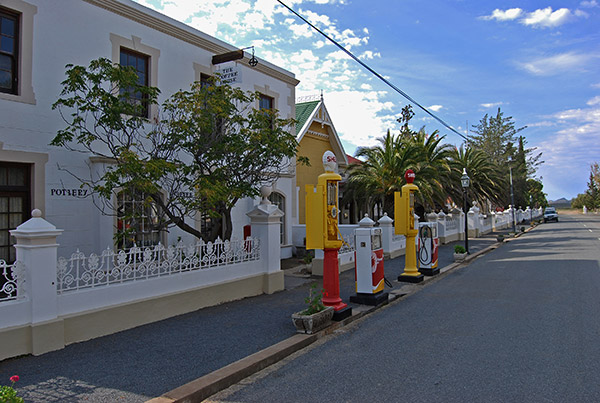 Matjiesfontein petrol station is located outside the village's coffee house
↑