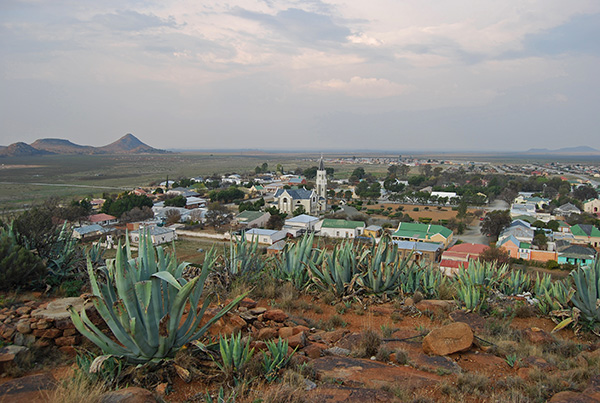 Hanover on a stormy day

The vast open spaces of the Eastern Upper Karoo sprawls to the north of the escarpment formed by the Sneeuberg Mountains and the great open plains of the Camdeboo. To the north the Orange, or Gariep River, form a natural boundary, whilst to the west and north-west this vast highland area dissolves into the tinder dry plains and koppies of Bushmanland and Namaqualand. 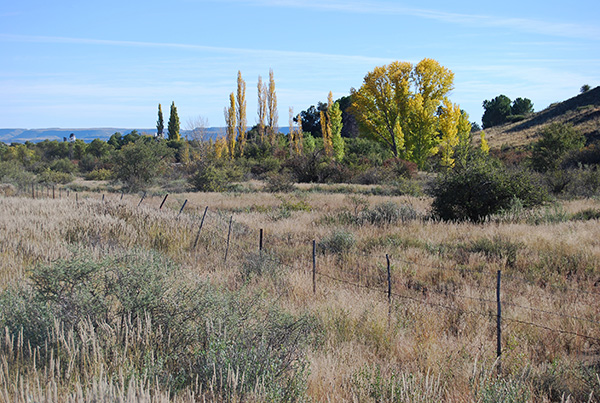 Karoo landscape between Petrusville and Colesberg

To the discerning traveller, what at a superficial level may appear to be a drab and unrelenting landscape, reveals itself particularly in the early morning and late afternoon as a place of shape and form with the distinctive Karoo koppie capped with dolerite, often flat-topped yet sometimes of varying profile, basking in the warm glow of the rising or setting sun.

Although harsh and unrelenting the landscape is at the same time somewhat less austere than in the Western Upper Karoo, where the combination of low rainfall, searing hot temperatures in summer and freezing nights in winter combine to create an environment where only the strongest can survive. 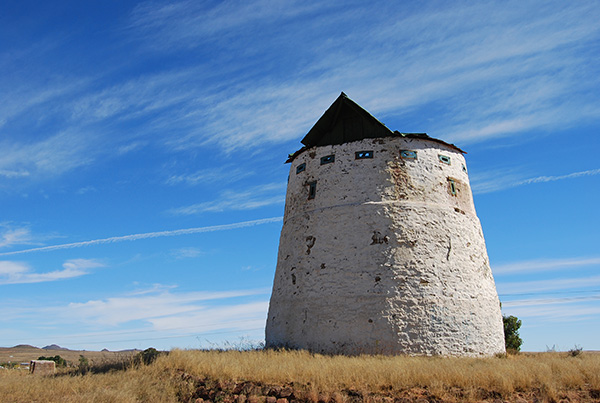 As one moves east and north through the region the spiky grey Karoo bushes become increasingly intermingled with grasslands commensurate with an increase in annual rainfall.

The area is however prone to periods of prolonged drought and during summer, intense heat, that can turn the countryside into a sun-seared vista of shrivelled vegetation and harsh grey soil and rocks that reflect the summer heat back into the indigo dome of the blue sky above.

In common with other areas in the Great Karoo before the introduction of the wind pump, the Eastern Upper Karoo could only support life forms that could tolerate extreme drought conditions such as the Springbok, Oryx and tortoise.

The introduction of the wind pump into the Karoo in 1883 precipitated the widespread introduction of sheep and today more than 30-million sheep are farmed in South Africa, most of which are to be found in the Karoo. 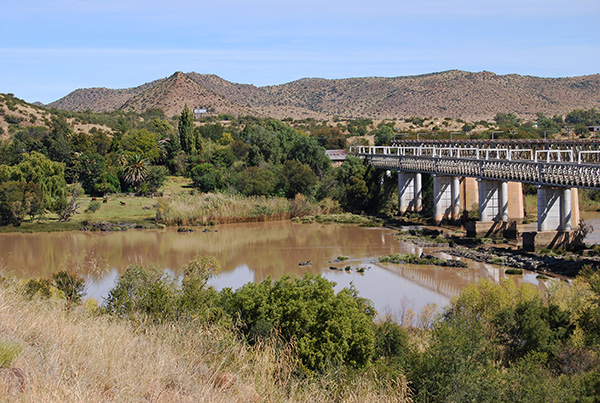 Norvalspont Bridge across the Orange River

Prior to this date it was only possible to farm with livestock around permanent water points such as rivers and springs ensuring that the Karoo was left largely untouched, inhabited only by the wild creatures that did not require a daily drink.

Today the Eastern Upper Karoo is dotted with a variety of small towns and villages, most of which were established as parishes of the Dutch Reformed Church servicing the spiritual needs of the early Trekboers, or nomadic farmers. Many of these settlements flourished in the late nineteenth and early twentieth century given the need to service the needs of local farming communities, however with the improvement of road and railway communications the smaller villages have experienced a reversal in fortune as local residents and visitors gravitated towards the larger towns. 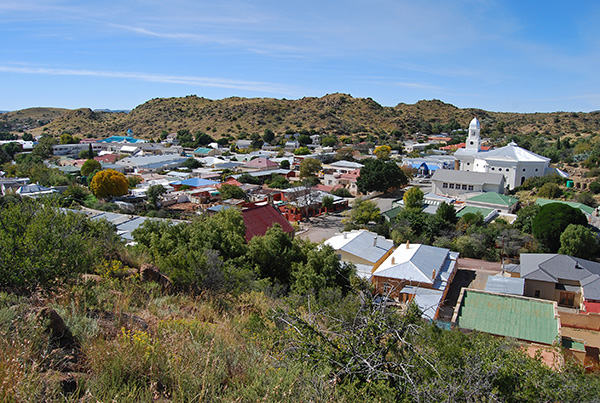 Important road and rail links from Gauteng to Cape Town dissect the region. The main railway line to Cape Town from Kimberley intersects the railway linking Port Elizabeth and Upington and beyond to Namibia at one of South Africa’s largest railway junctions at De Aar. Isolated railway sidings many with unusual names such as Dwaal (Get Lost), Poupan, Taaibos (Tough Bush) and Merriman, named after John X Merriman, a former Prime Minister of the old Cape Colony, slumber in the vastness of the Bo Karoo. 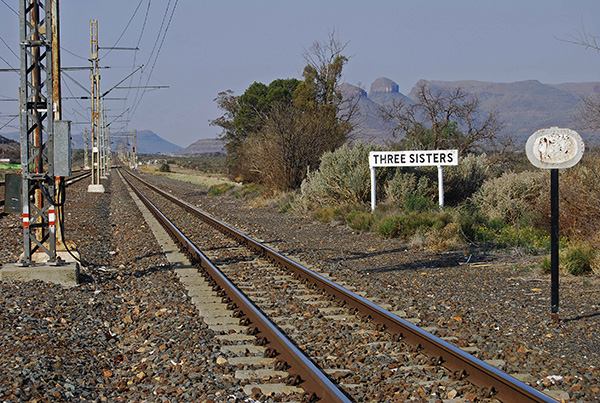 This is an area well known to those who travel the N1 highway linking Johannesburg and Cape Town. The highway links Colesberg in the north-east with Hanover and Richmond before gradually descending from the high escarpment past Three Sisters towards Beaufort West.

Aternatively the N9 highway links Colesberg with Graaff-Reinet and beyond to Oudtshoorn in the Klein Karoo through the railway junction at Noupoort and Middelburg. 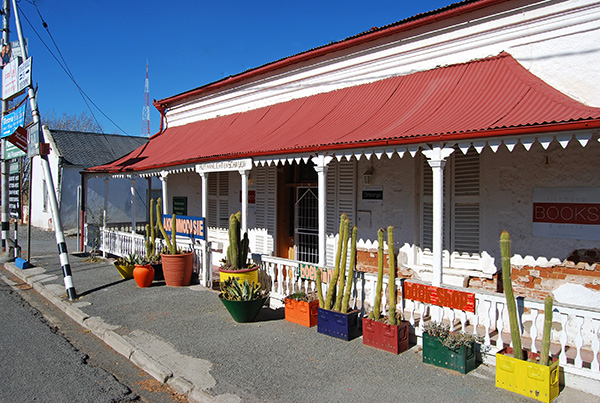 All of these towns and villages are well worth a visit and simply by turning off the highway and taking some time to explore the traveller takes a step into another time and place and is able to appreciate the special atmosphere of a Karoo village. 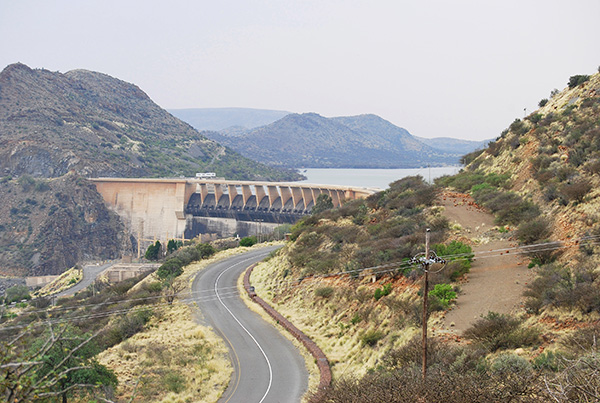 Completely off the beaten track small villages such as Philipstown and Petrusville can be explored at a leisurely pace, best on foot to take in the local sights and sounds and to engage the locals in conversation. Orania on the banks of the Orange River is a unique destination important to Afrikaners seeking the ideal of a separate lifestyle. 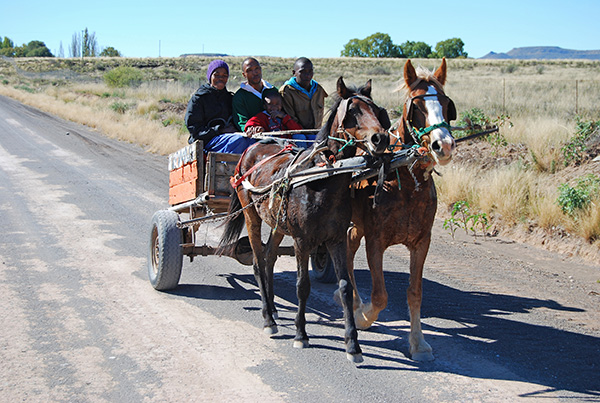 The best way to experience the true ambience of this remote, austere, yet beautiful part of the Great Karoo is by spending time travelling the quiet country roads.

Stop anywhere in the vast open spaces between the isolated villages and listen to the quiet sounds and the overwhelming silence of the Karoo. As one’s ears grow accustomed to the silence you will hear the murmur of the wind through the leaves of willow trees or poplars gathered along a dry river course, or the croak of the korhaan, or the soft bleating of the sheep as they browse the Karoo bushes and grasses.

Most often you will hear absolutely nothing at all, and the senses will attune themselves to the heat of the midday sunshine or the biting cold of a chilly breeze in a winter’s dawn.