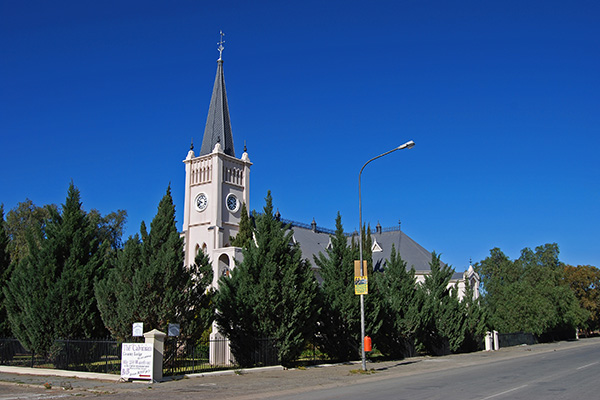 Calvinia is the principle town of the Hantam Karoo and lies at the crossroads to a number of towns and villages scattered across the wide open spaces of Bushmanland and the Tankwa, Roggeveld and Hantam Karoo.

Calvinia is pleasantly situated and is dominated by the high ramparts of the Hantam Mountains to the north and surrounded by hills and mountains such as the 1 657-metre high Rebunieberg and the Keiskeiberge to the south. The town lies on the banks of the erratically flowing Oorlogskloof (war ravine) River. 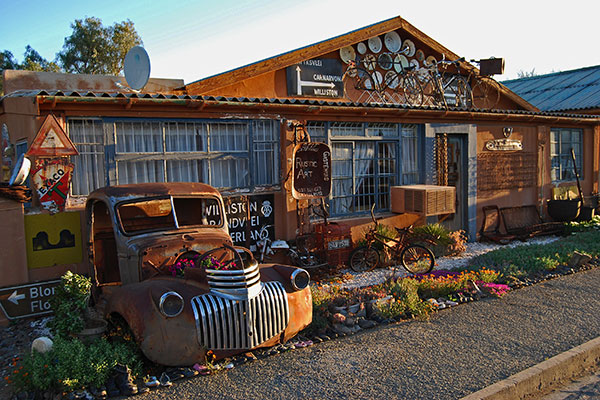 The town features a number of fine Victorian and Edwardian era buildings and the best way to explore the town and to meet the locals is on foot. Hantam House, originally built in 1854 has been fully restored and now serves as a bed and breakfast establishment. The house originally belonged to Field Cornet Abraham van Wyk the original owner of the farm Hoogekraal, on which modern day Calvinia is situated. Similar to so many Dutch Reformed Churches of the Karoo, the Calvinia NG Kerk was built in the Neo Gothic style, and was consecrated in 1899. 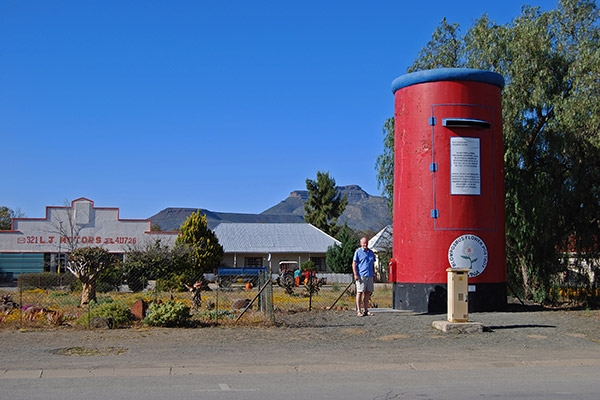 One of the oddities of the town is the giant post box, which was converted from a water tower in 1995 and is probably the largest post box in the world. The post box measures 6.17-metres high and has a circumference of 9.42-metres. Fortunately one does not have to be nearly six metres tall to post a letter as there is a human-height post box built into the side of this behemoth. 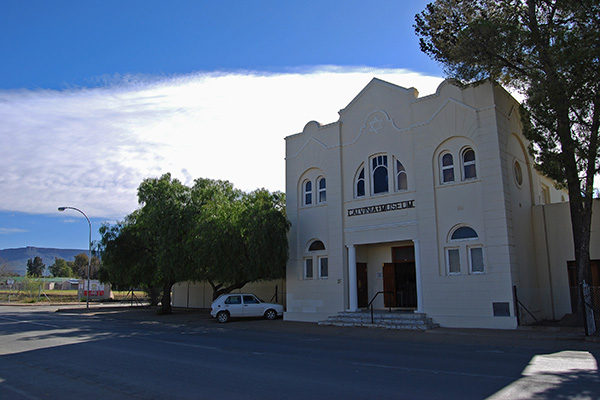 Calvinia was the terminus of the branch railway line running from Hutchinson through Carnarvon and Williston, which was completed in 1917. For many years the railway was the primary conduit for the transportation of agricultural products from this remote corner of South Africa to the main railway network linking Johannesburg and Cape Town. Sadly the railway has fallen into disuse. A fine example of a Class 24 steam locomotive, built in 1949 by the North British Locomotive Company, which was used extensively on this line, now stands in the garden of the Calvinia Museum as a forlorn reminder of the golden age of steam. 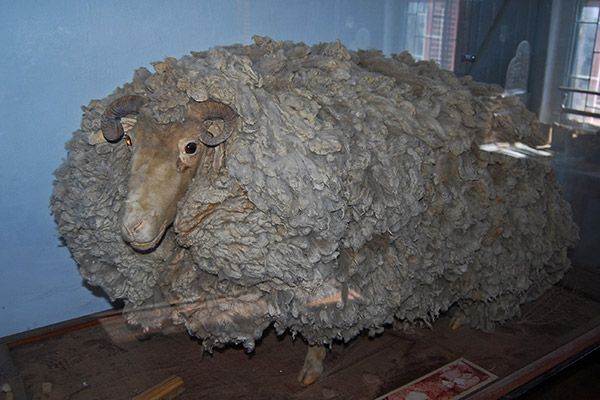 The extraordinary lost sheep on display in the Calvinia Museum

The Calvinia Museum, housed in the old Jewish Synagogue, is the largest museum in the Northern Cape outside of Kimberley and boasts an interesting and eclectic mix of exhibits that trace the history, culture and economy of Calvinia and the district over more than 150 years since the town was established. One of the more unusual exhibits is a stuffed merino sheep with a fleece that grew to an astonishing 38 cm in length. Belonging to a local Roggeveld farmer, the sheep went missing in the hills for a number of years and consequently missed its seasonal fleecing. Another interesting display belongs to the Lombard Quads from Loeriesfontein who were born in the Calvinia Hospital in 1951.