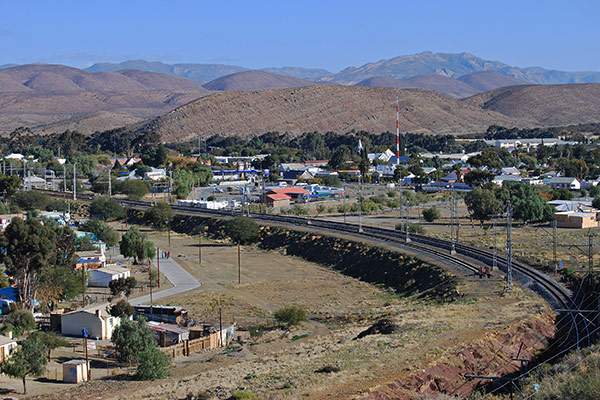 View across Laingsburg towards the Witteberge

Laingsburg straddles the banks of the seldom-flowing yet volatile and tempestuous Buffels River and is cradled by the low foothills of the Witteberge to the south. Laingsburg is probably best known for the sporadic and destructive flooding of the Buffels River fed by occasional heavy rainfall across its catchment in the rolling hills and plains of the Moordenaars Karoo, or Murderers Karoo, to the north of the town. 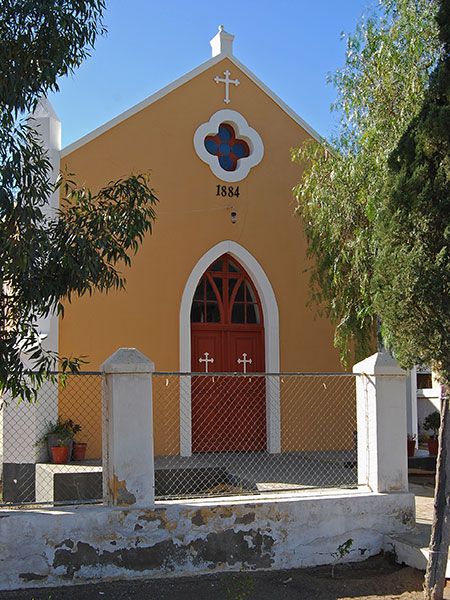 Laingsburg sits astride the N1 highway linking Cape Town with Beaufort West and is a popular rest-stop for travellers on their journey across the Karoo. To the west of Laingsburg the N1 highway winds its way through the undulating countryside of the Western Koup passing the historic village of Matjiesfontein and onwards towards the railway-town of Touws River. To the west the N1 highway strikes out across the vastness of the central Koup towards Prince Albert Road and beyond to Beaufort West, a distance of some 200-kilometres. 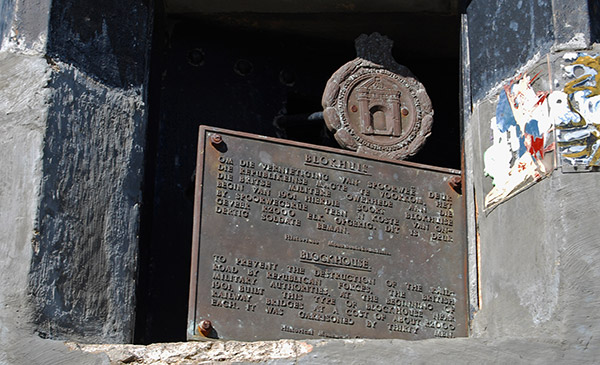 Minor roads snake out across the Karoo linking Laingsburg with Sutherland and Merweville and to the south through a spectacular landscape of mountains, narrow valleys and twisted ramparts of rock through a variety of mountain passes to the distant towns of Ladismith and Calitzdorp in the Klein Karoo. 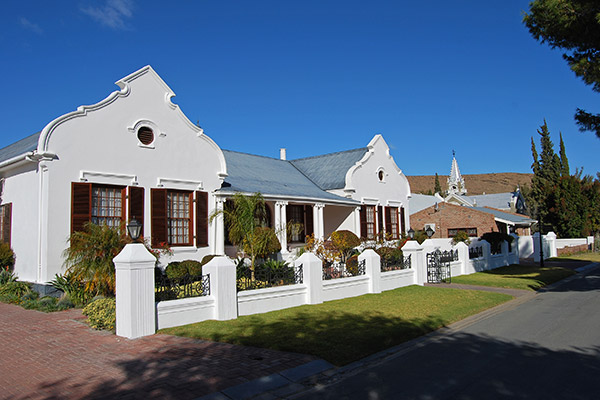 Laingsburg boasts a number of beautifully restored Victorian and Edwardian era buildings many of which have been converted into bed and breakfast establishments. The original Dutch Reformed Church was built in 1883 and is now located behind the present-day NG Kerk, which is a beautiful dressed sandstone building with a brilliant white crenelated steeple. The restored Lutheran Mission Church, in a quiet side street in the town, dates from 1884. 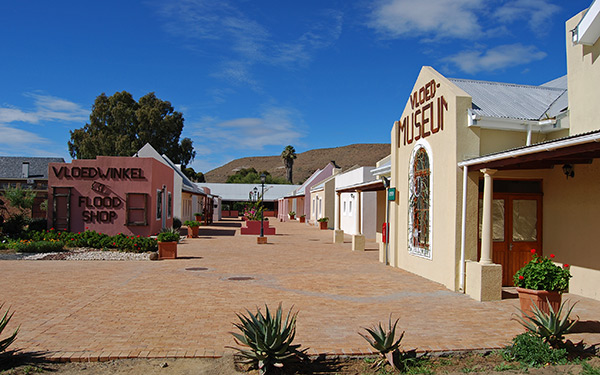 Approximately ten-kilometres east of Laingsburg an old British Blockhouse stands sentinel next to the N1 highway, guarding the old railway bridge across the Geelbek River. This blockhouse has been declared a national monument and is a fine example of this network of fortifications built to withstand the lightning raids of the Boer Commandos during the Anglo Boer War of 1899 to 1902. 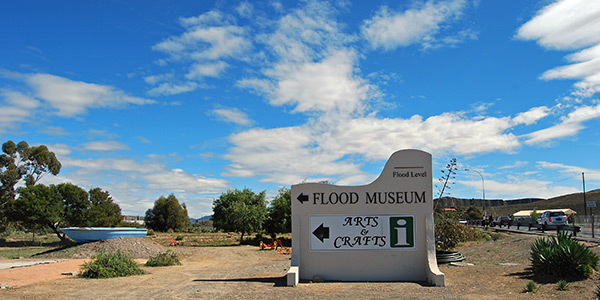 The Laingsburg Flood Museum provides a fascinating insight to the horrific flood that devastated Laingsburg in 1981. The Flood Museum forms the centre-point to a group of restored Karoo cottages and other buildings. The museum contains a wide variety of artefacts that relates the history of the town, the district and its people. Close to the museum a signpost indicates the high water mark of the 1981 flood.

Wearing wool is important to the economy of Laingsburg

Laingsburg is the centre of a vast wool-producing region that stretches for hundreds of kilometres across the vast plains, hills and valleys of the Koup and the importance of this industry is emblazoned on the hillside in white stones above the town proclaiming the message, "dra wol", or wear wool, to all who travel through the town. 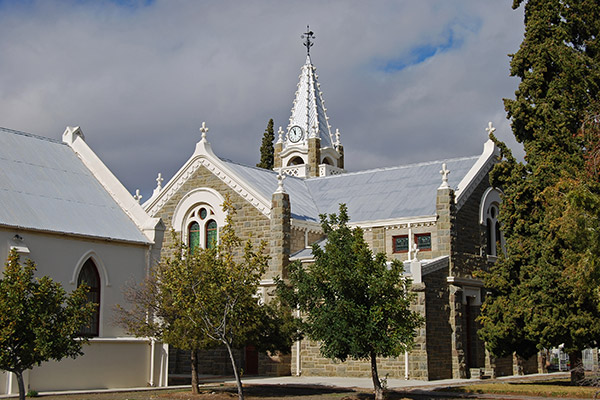