Victoria West is a pleasant small Karoo town nestled between two high ridges and built alongside the seldom-flowing Brak River. Approaching the town from the south along the N12 highway, there is almost no sign of the town ahead nestled behind a fold of hills and one comes upon the town suddenly as the road rounds a spur in the surrounding hills.

Very little of the town is visible from the N12 highway and one has to turn off the highway onto the R63 towards Loxton and Carnarvon to experience what Victoria West has to offer. 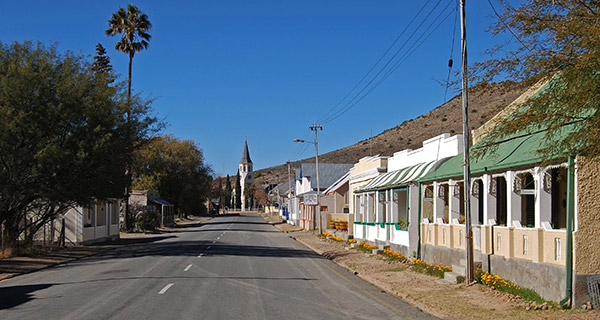 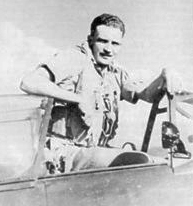 Victoria West is sandwiched between two parallel hills and consequently the town is long and narrow with the main road in the town bisecting the valley almost equally. The town was established in 1843 and there are a number of beautiful Victorian buildings to be seen particularly in the upper village area in Church Street leading out of the town towards Loxton. 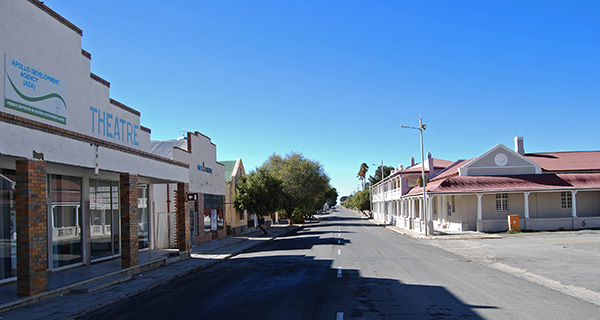 The cultural history museum developed in 1955 with a bequest of £8,000 by A.P. Olivier is housed in the Library building and features an interesting collection of stone-age implements and fossilised fish, all of which were collected in the district. One of the fossilised fish, Atherstonia seeleyi, on display is approximately 250-million years old and lived in the area when most of the Karoo was a vast sub-tropical swamp.

An interesting part of the exhibition includes the medals of Group Captain P.H. Hugo, known as "Dutch" Hugo by his fellow fighter pilots during the Battle of Britain in 1940. Hugo was born on the farm Pampoenpoort in the Victoria West district and was schooled in the town. Another interesting display is a three-metre long pig skin which bears the signatures of the first stockholders of the second oldest branch of Standard Bank in South Africa, which was opened in Victoria West in 1856.

The Apollo Theatre in Victoria West is the only surviving Art Deco Theatre in South Africa. The future of the theatre is uncertain although it is still used occasionally to entertain the local residents of the town as a cinema. The theatre has a red velvet curtain that is opened for film shows. The Apollo Theatre was built in 1928 by Andrew Aristides Bassil, a Greek immigrant who arrived in the town in 1923. In the 1950s it was renovated according to the then fashionable art deco style. It was declared a heritage site by the National Monuments Council. 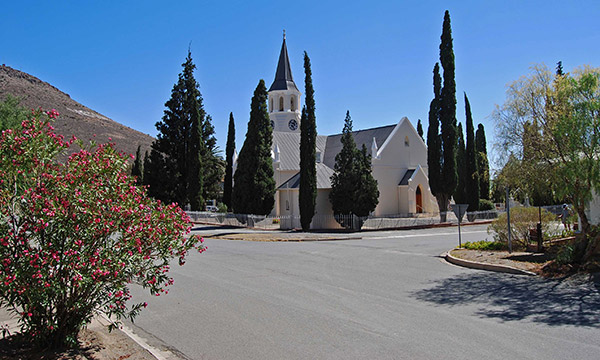 In common with many rural towns in South Africa one cannot help but notice that the name Victoria West is emblazoned prominently in whitewashed stones on the hillside above the town.

The origins of this display was in fact one of South Africa’s earliest outdoor advertisements and originally read "J Easton - General Dealer – Victoria West." The stones were placed surreptitiously on the hillside by Mr Easton and his son and then whitewashed overnight to reveal the full splendour of this first outdoor advertisement. Following objections by residents and other traders in Victoria West the Town Council ordered the removal of the first part of the advertisement.

This left the "Victoria West" section as a memorial to Mr Easton's covert commercial endeavours. James Easton died in 1948 at the age of ninety-two. 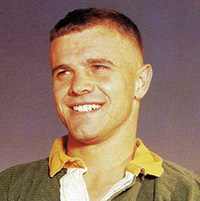 Victoria West is also the home of Springbok rugby legend Mannetjies Roux. He is the owner of the Victoria Trading Post and the Mannetjies Roux Museum, which is packed with interesting memorabilia from his days as one of South Africa's greatest Springboks.

The Victoria West Nature Reserve on the outskirts of the town incorporates the Victoria West Dam and a number of antelope and other wildlife species endemic to the Karoo can be seen. The nature reserve is also an important breeding area for the endangered Riverine rabbit. The dam is a birding hotspot and there is an excellent viewing spot above the dam wall at the end of Church Street as the road climbs the end of the valley towards Loxton. The Moonlight Hill and Ribbok Plateau walking trails provides expansive views across the town and the Victoria West Dam.