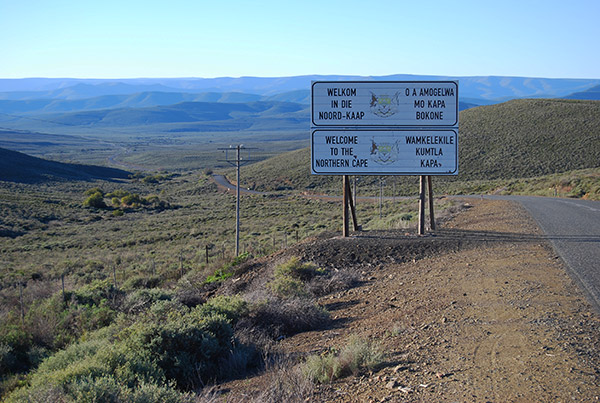 A number of interesting drives radiate out into the Great Karoo from the village of Matjiesfontein. The first of these drives takes the traveller from the village up onto the Roggeveld Plateau to Sutherland via the Verlatekloof or Forsaken Gorge returning to Matjiesfontein via the Komsberg Pass and Laingsburg.

From the village travellers cross the N1 Highway and travel up the R354 towards Sutherland. This road is one of the most scenic drives in the Great Karoo as the road traverses a series of hills and valleys affording the traveller some of the most beautiful views in the Karoo. 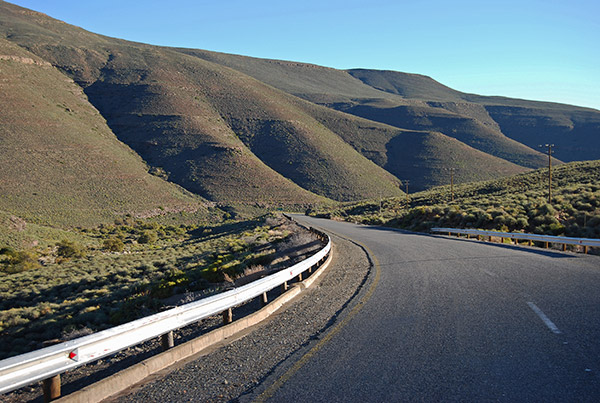 A short distance further the road reaches a series of crossroads leading through the foothills of the Roggeveld Mountains and the Koedoesberge or Kudu Mountains into the vast Tankwa Karoo valley. 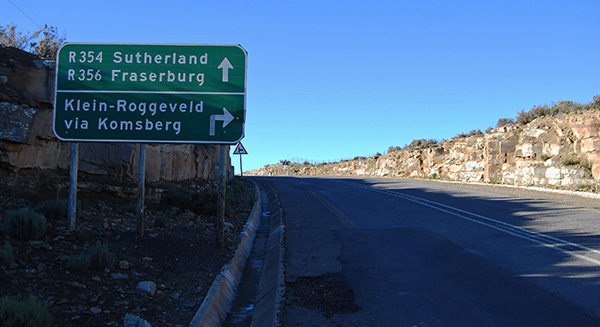 Beyond these crossroads the R354 continues north-east towards the Roggeveld Mountains. The road enters a narrow valley and enters the Verlatekloof ascending the narrow gorge with the mountains crowding above before emerging at the summit of the mountain pass onto the high plateau of the Roggeveld. In the winter months this road is often closed due to heavy snow falls. 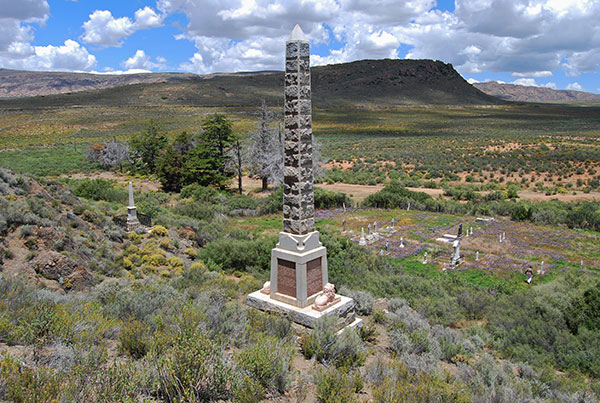 Monument Graveyard lies west of Matjiesfontein along the N1 highway

Another shorter drive takes in the historic graveyard west of Matjiesfontein and loops back behind the Witteberg or White Mountains, via Laingsburg returning to Matjiesfontein along the N1 highway. 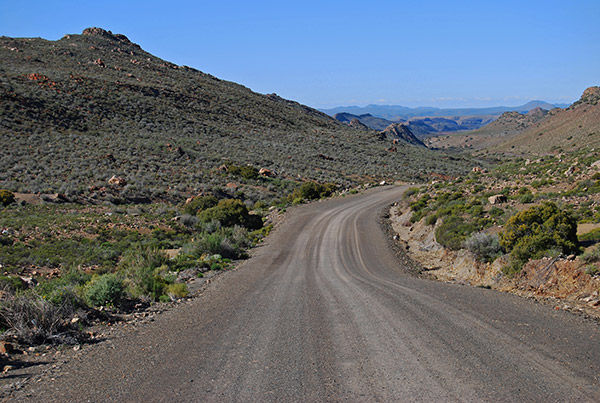 The graveyard is easily visible from the road as a memorial spire stands on the hillside above the graveyard commemorating the life of Major-General Andrew Wauchope, who was killed at the battle of Magersfontein during the Anglo Boer War. The graveyard also contains the remains of James Douglas Logan, the founder of Matjiesfontein and his wife Emma Pauline Logan.

Continue along the N1 highway towards Touwsrivier passing Logan’s Tweedside farm before turning south onto a gravel road signposted Witteberge. 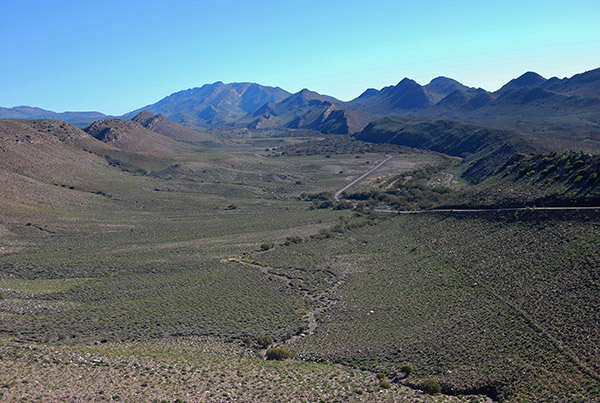 The Witteberge Road close to Laingsburg

The gravel road heads south and passes through a narrow defile into a long valley sandwiched between the Witteberge to the north and a rugged mountain landscape to the south.

This road affords travellers some of the most beautiful scenery in the western Koup and is seldom travelled and therefore it is likely that you will not be disturbed by any other passing traffic as you journey east along the floor of the valley.

The road passes a number of isolated farms before climbing out of the valley, from where a spectacular view of the Swartberg or Black Mountains further to the east is revealed. The road eventually terminates just south of Laingsburg from where it is a leisurely drive via Laingsburg back to Matjiesfontein.