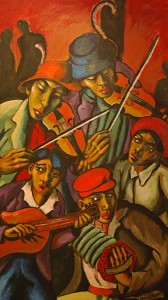 Given Graaff-Reinet’s status as one of the oldest towns in South Africa, many famous South Africans were either born or lived in the town, stretching back more than two hundred and twenty years. The town has produced or played host to an array of notable scientists, politicians, presidents, rebels, soldiers, clergyman, freedom fighters, sportsman, entrepreneurs, secret agents and notably, many of the leading figures of the Great Trek, that extraordinary movement of people away from British rule in the old Cape Colony of the early nineteenth century. 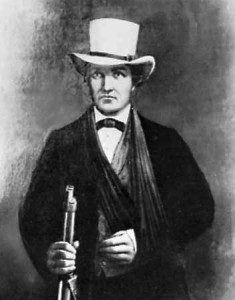 Andries Pretorius was born in the Graaff-Reinet District in 1798 and played a leading role in the establishment of the old South African Republic. He is probably most well-known for leading the Voortrekkers to victory at the Battle of Blood River in northern KwaZulu-Natal against almost impossible odds against the might of the Zulu Army on 16 December 1838. South Africa’s capital city Pretoria is named after Pretorius. Andries Pretorius’s son, Martinus Wessel Pretorius, was born in Graaff-Reinet in 1819 and became the first President of the South African Republic and the third President of the Orange Free State. 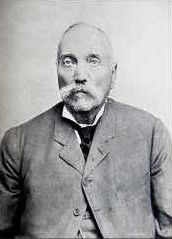 Martinus Wessel Pretorius was instrumental in establishing the new capital of the South African Republic when he bought two farms, Elandspoort and Daspoort, in 1854 and 1855 respectively, on which he founded the city of Pretoria in 1855.

One of the great pioneers of the Great Trek, Andries Hendrik Potgieter, was born in the Graaff-Reinet district in 1792. 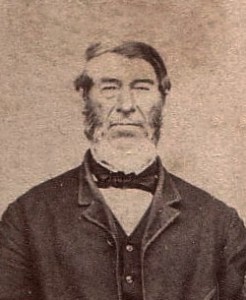 He fought against the Xhosa in the Fourth and Fifth Frontier Wars and headed one of the treks away from the Cape Colony in 1835. He fought against Mzilikazi of the Matebele in 1837 and was instrumental in establishing the town of Potchefstroom and the Boer Republic of Transvaal. He led a number of expeditions to the northern parts of the Transvaal in the shadow of the Soutpansberg Mountains, establishing the settlement at Schoemansdal. He also pioneered the Transvaal’s eastern route to the sea at Delagoa Bay in Mozambique. 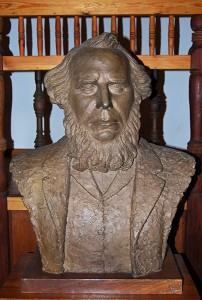 Bust of Louw Wepener in the
Hester Rupert Art Gallery

A number of notable leaders of the two Boer Republics were born in Graaff-Reinet. Lourens Jacobus Wepener was born in Graaff-Reinet in 1812. Louw Wepener distinguished himself in action in the frontier wars of 1835, 1846 and 1851 between the Xhosa and the Cape Colony. He moved to the Orange Free State and joined the Free State Commandos in 1858 during the first Basotho War. Continued conflict between the Basotho and the Orange Free State continued for a number of years and Wepener was killed in action attempting to storm the mountain redoubt of Moshoeshoe the first king of the Basotho, at Thaba Bosiu in 1865. Wepener’s heroism in this and other actions made such an impression on the Basotho that they roasted and ate his heart, believing that by so doing they would acquire some of his bravery. A fine bust of Louw Wepener can be viewed in the Hester Rupert Art Museum in Church Street. 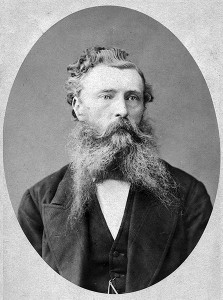 Thomas Francois Burgers, the fourth President of the South African Republic, was born in the Graaff-Reinet District in 1834. Burgers embraced an unusually liberal philosophy for the time after studying at the University of Utrecht in the Netherlands. His beliefs brought him into sharp conflict with the conservative Dutch Reformed Church Synod to the point where he was found guilty of heresy and suspended as a Minister in 1864. He stood for President of the South African Republic in 1872 and was elected by a considerable majority of 2964 to 388 votes. By 1877 he had become deeply unpopular, exacerbated by an insolvent Government resulting in the annexure of the Transvaal by the British. He returned to the Cape Colony in poverty and died in 1881.

General Nicolaas Jacobus Smit commanded the Boer Forces during the First Anglo Boer War in the devastating defeat of the British at the Battle of Majuba in northern KwaZulu-Natal in 1881. Smit was born in Graaff-Reinet in 1837 and was elected Vice-President of the South African Republic in 1887. 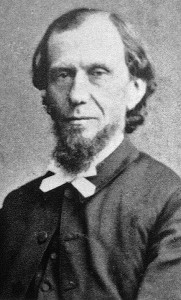 Andrew Murray, the second son of Andrew Murray (senior) was born in Graaff-Reinet in 1821. Murray studied in Aberdeen in Scotland obtaining a master's degrees in 1845. From there he studied theology at the University of Utrecht in the Netherlands. Murray returned to South Africa in 1848 and pastored churches in Bloemfontein, Worcester, Cape Town and Wellington. He was a passionate missionary forming the South African General Mission in 1891 the forerunner of the Africa Evangelical Fellowship, formed in 1965, and active to this day in many countries across Africa. 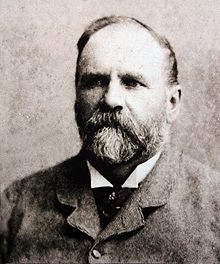 One of South Africa’s greatest road engineers and builder of 24 mountain passes was born in Graaff-Reinet. Thomas Charles John Bain, the son of Andrew Geddes Bain, who was also renowned as a builder of mountain passes, was born in September 1830. Many of Bain’s most famous mountain passes were constructed in the Karoo and include the spectacular Swartberg Mountain Pass linking Prince Albert and Oudtshoorn and Seweweekspoort linking Laingsburg and Ladismith.

In more recent times Daniel Francois Malan was a Dutch Reformed Church Minister in Graaff-Reinet between 1912 and 1915. A fierce opponent of British influence in South Africa he served as National Party Prime Minister of South Africa between 1948 and 1954 and was instrumental in the rapid implementation of Apartheid legislation in South Africa. 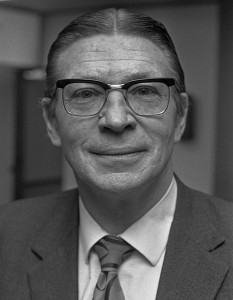 The Sharpeville Massacre in 1960, during which 69 African demonstrators were killed by the police, abruptly ended his support for the political affiliations of the Dutch Reformed Church. He eventually resigned from the church and his vocal support for racial reconciliation and equal rights in South Africa in the ensuing thirty years caused considerable upheaval in the Dutch Reformed Church.

Robert Mangaliso Sobukwe was born in Graaff-Reinet in 1924 and was educated at a mission school in Graaff-Reinet, at the Healdtown Institute near Fort Beaufort where he developed an abiding interest in literature, and finally at Fort Hare University. In 1948 he joined the African National Congress Youth League later involving himself in the mainstream activities of the African National Congress (ANC). Sobukwe was strongly Africanist in his views and was sceptical of the multi-racial approach of the ANC. 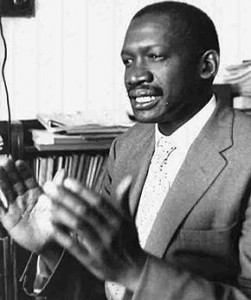 As a result of this ideological difference he parted ways with the ANC and formed the Pan Africanist Congress (PAC) in 1958. He was arrested after the Sharpeville Massacre of 1960 and spent a total of nine years in confinement, six years of which were in solitary confinement on Robben Island near Cape Town. In 1969 he was released and was banished to Galeshewe in Kimberley, where he was joined by his family. However, he remained under twelve-hour house arrest and his banning order prohibited him from participating in any political activity. In 1978 Sobukwe died from lung complications at Kimberley General Hospital and was buried in Graaff-Reinet. Today he remains a celebrated political figure in the struggle for a democratic South Africa. 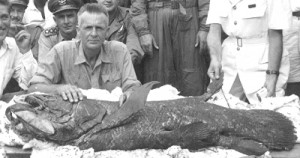 Another famous son of Graaff-Reinet was the world famous ichthyologist James Leonard Brierley Smith, also known as Fishy Smith, who was born in 1897. He is best known for the re-discovery and identification of the pre-historic coelacanth. In 1938 Smith was informed of the discovery of an unusual and unidentified fish by Marjorie Courtenay-Latimer, curator of the East London Museum. Smith was able to identify the mysterious fish as a coelacanth, which at the time was thought to have been extinct for over 65-million years. He named the species Latimeria in honour of Courtenay-Latimer’s discovery. He was instrumental in organising the search which provided science with the second specimen of the species fourteen years later. Smith and his wife Margaret worked jointly on the popular Sea Fishes of South Africa, which was first published in 1949, followed by other writings until 1968. Among these were over 500-papers on fish which included the naming of some 370-new fish species. 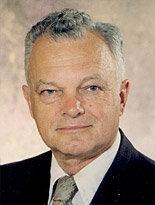 Geologist Joe Brummer was born in Graaff-Reinet in 1921. He was one of the most successful mineral prospectors in history transforming the extraction methods employed on Zambia’s rich Copperbelt. He discovered zinc and uranium deposits in Saskatchewan and nickel, zinc and copper deposits in Manitoba in Canada. Brummer pioneered the development of innovative exploration techniques in the fields of geochemistry, Pleistocene geology and geophysics. His openness to innovation and willingness to employ new and original exploration techniques and geological theories contributed to the discovery of at least ten mines or mineral deposits on two continents. He received several prestigious industry awards, including the Duncan Derry Medal in 1984, the highest award bestowed by the Mineral Deposits Division of the Geological Association of Canada. 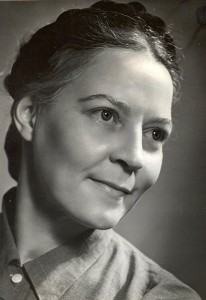 Celebrated doyenne of the Afrikaans theatre, Anna Neethling-Pohl was born in Graaff-Reinet in 1906. She translated seven of Shakespeare’s plays into Afrikaans and performed in more than fifty stage works and lead roles. Neethling-Pohl was awarded the Langenhoven Prize in 1926 and the Vaderland Prize in 1937 for her Afrikaans literary works. She became the Professor of Drama at the University of Pretoria in 1965.

Anthony Edward Rupert, the celebrated South African billionaire was born in Graaff-Reinet in October 1916. He studied Chemistry at the University of Pretoria before moving to Stellenbosch where he established the Rembrandt Group. Rupert's business career spanned more than sixty years. He started his global empire with a personal investment of just £10 in 1941 and was ultimately included on the Forbes list of one of the 500-wealthiest families in the World. His assets were estimated to be worth $1.7-billion at the time of his death in 2006. The Rembrandt Group ultimately split into Remgro (an investment company with financial, mining and industrial interests) and Richemont (a Swiss-based luxury goods group). Currently, this business empire encompasses hundreds of companies located in 35-countries on six continents, with combined yearly net sales in the region of $10 billion. 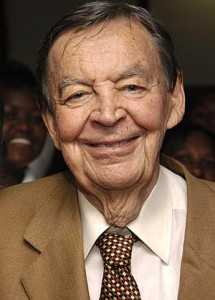 Rupert was deeply involved in environmental conservation and his companies have also been prominent in funding the fine arts. Since 1964 foundations established by Rembrandt have used a part of the Group's profits for the promotion of education, art, music and the preservation of historical buildings. Many of the restoration projects in Graaff-Reinet have benefited from Rupert’s passion for the preservation and restoration of historical buildings which was combined with an abiding affection that he had for the place of his birth. Rupert played an important role in the South African Small Business Development Corporation whose loans to small and medium-sized businesses have created nearly half a million jobs in South Africa since 1981. He was critical of the Apartheid Government, both in South Africa and abroad, and was quoted by former South African President Thabo Mbeki as the man who called upon the Apartheid leadership to "do something brave" and create partnerships with the black majority in the 1980s. 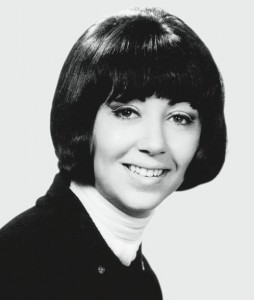 Sylvia Rafael was born in Graaff-Reinet in 1937 and attended Union High School in the 1950s, matriculating early in the 1960s. Her father owned the Plaza Cinema in Market Square and they lived in Cypress Grove. Rafael's father was Jewish and she immigrated to Israel in 1963 where she worked on a kibbutz as a teacher. She was recruited by Mossad, the Israeli Secret Service in Tel Aviv, and achieved the highest rank of a Mossad Agent known as a "combatant", - qualified to operate in hostile countries. Rafael was sent to Paris in the guise of a freelance journalist with a Canadian passport in the name of real life Canadian photojournalist Patricia Roxburgh. When the Israeli government decided to track down the terrorists responsible for the massacre of Israeli athletes at the Munich Olympics in 1972 she provided valuable intelligence which led to the killing of three of the terrorists. Rafael was part of a group of Mossad agents who assassinated a Moroccan-born waiter Ahmed Bouchiki in Lillehammer in Norway. She was arrested and convicted of “Planned Murder” in February 1974 and sentenced to five and a half years in prison. She was released after serving fifteen months of her sentence and deported from Norway. After her release from prison she married her defence attorney, Annæus Schjødt. In 1992 she settled in South Africa where she died in 2005 from leukaemia. Rafael was buried in Israel.