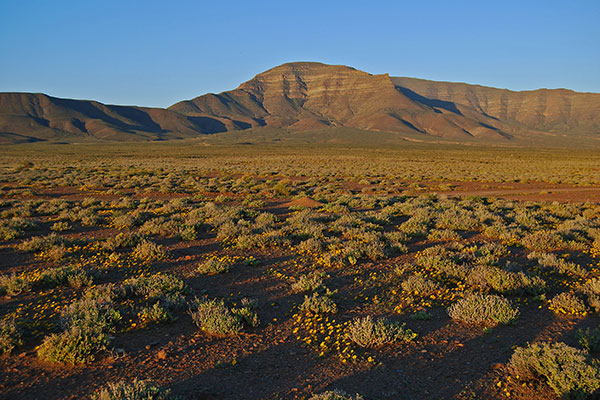 Sun-seared, harsh and forbidding are the words that spring to mind when confronted with the vast and forbidding landscape of the Hantam and Roggeveld Karoo.

The vast valley of the Bokkeveld or Ceres Karoo opens up suddenly as the traveller descends Karoo Poort which marks the stark transition from the well watered mountains and valleys of the Western Cape to the wide open arid spaces of the Great Karoo, seemingly stretching to infinity. In times past Karoo Poort carried most of the traffic from the Cape towards the interior and the two gravel roads that separate as one rounds a fold in the Poort between the twisted ramparts of the Baviaansberg and the Saalberg seem to hint at their importance as a major route into the interior. 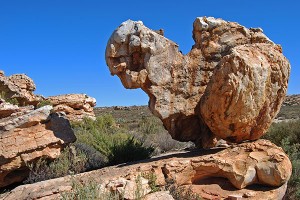 The fork to the left carries the traveller for more than two hundred kilometres to Calvinia, the principle town of the Hantam Karoo through the vast and brooding Tankwa valley between the high peaks of the Cederberg to the west and the Roggeveldberge to the west. The right hand fork carries the traveller across the floor of this vast valley ascending the southern slopes of the Roggeveld Mountains to the highly elevated village of Sutherland – home to the South African Astronomical Observatory and one of the coldest places in South Africa during the winter months. 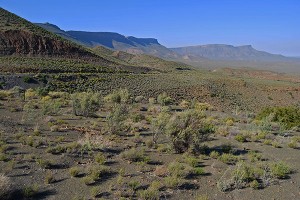 The Roggeveld Region encompasses a vast area in the south western corner of the Great Karoo of undulating hills and valleys and produces some of the finest wool from the Merino Sheep which are extensively farmed in the district.

The Roggeveld stretches in a broad swathe north from Sutherland above the high escarpment of the Roggeveldberge towards the tiny hamlet of Middelpos and onwards towards Calvinia.

The spectacular and relatively unknown Gannaga and Ouberg mountain passes bisect the Roggeveld Mountains from this high escarpment leading down into the valley linking Sutherland and Middelpos with the Tankwa Karoo National Park.

The Hantam Karoo comprising the small towns of Calvinia, Nieuwoudtville and Loeriesfontein are a magnet to those seeking a wild flower spectacle in the spring months following the rains, where the surrounding landscape bursts into a profusion of wildflowers that is unrivalled anywhere in the world. 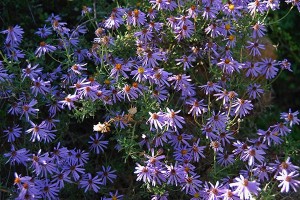 For the remainder of the year the landscape is harsh and unrelenting, yet beautiful in the symmetry of the Karoo koppies and the shades of grey that characterise this part of the Great Karoo. From Clanwilliam the remote and beautiful Pakhuis Pass cuts a path across the chaotically splendid slopes of the Cederberg Mountains through the Doring River valley and the Botterkloof up onto the wide open plains of the Hantam Karoo towards Calvinia. 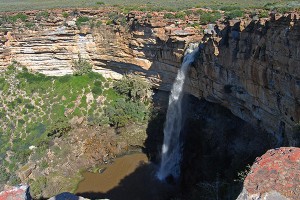 This road is truly one of the most spectacular in Southern Africa and although quite rough in places is a spectacular alternative to the tarred road from Vanrhynsdorp up the Vanrhyns Pass leading to Nieuwoudtville and Calvinia.

Although somewhat forbidding in its remoteness and solitude, the Hantam and Roggeveld is a region rich in the magnificence of its vast open landscapes and the warmth and friendliness of its inhabitants.

As one explores the back-roads of this region you will seldom not be greeted with a friendly smile and a wave from those passing by. If you allow yourself the time and attune yourself to the rhythm of the passing day you will be sure to regret your departure and will no doubt return to enjoy this very special region.