Matjiesfontein’s is named after a read or rush called “matjiesgoed” from which early mats were made. In common with the surrounding district, including the adjacent “Moordennarskaroo” or Murderers Karoo, the Matjiesfontein district was contested by early European settlers and the resident Khoi and San or Bushmen. In his book Karoo, Lawrence Green relates a typical story of the time. “A farmer named Coetzee and several of his relatives were murdered by slaves assisted by the local Bushmen. Coetzee’s wife was carried off to the Bushmen’s stronghold. She would have been murdered too, but the slaves spoke up on her behalf and she was held prisoner. Then the Bushmen heard that a Commando was approaching. They were leading her to a place of execution when the commando under the command of Veldkornet Nel arrived and saved her life. Nel recovered 25,000 Rixdollars in paper money from the Bushmen.” The fate of the Bushmen is unknown. 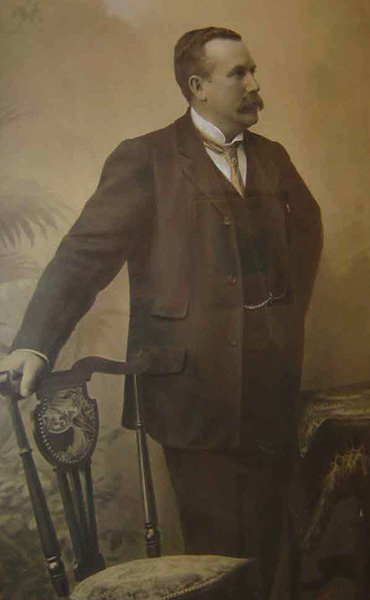 Matjiesfontein is one of those Karoo villages that owes its character and essence to a single person who had the vision and passion to create something from nothing. The so-called "Laird of Matjiesfontein" James Douglas Logan was one of these singular characters that played an enormous role in the creation of this unique Karoo village. Logan was a Scot who was born Berwickshire in 1857 and arrived in South Africa accidentally at the age of 20, as his ship was wrecked in Simon’s Bay, later known as Simonstown. 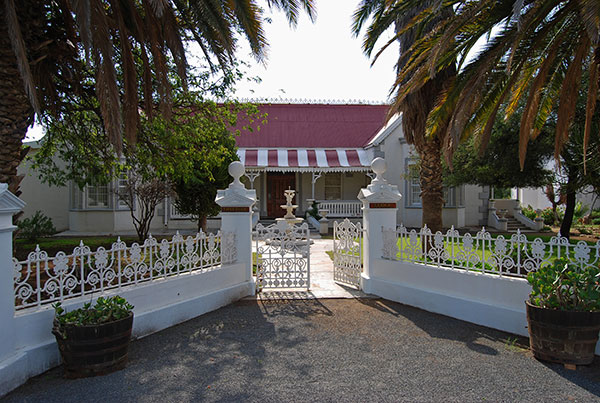 Tweedside Lodge, the home of James and Emma Logan

He found work as a porter in the new Cape Town Railway Station and in short order he became district superintendent of the Touwsrivier – Prince Albert Road section of the railway linking Cape Town and Kimberley. This was Logan’s first introduction to the Great Karoo. After his marriage to Emma Haylett he decided to purchase a farm between present-day Matjiesfontein and Touwsrivier, which he named Tweedside. Logan was an innovator and sunk many boreholes on his farm and planted thousands of fruit trees against the advice of many local residents. He established his own private railway station on Tweedside to facilitate the transportation of his fresh produce and his enterprise flourished. At the same time he was involved with the development of Matjiesfontein, as a health resort, to assist with the recuperation of sufferers of respiratory diseases. At this time he had the longest private telephone line in South Africa linking Matjiesfontein with his farm Tweedside. 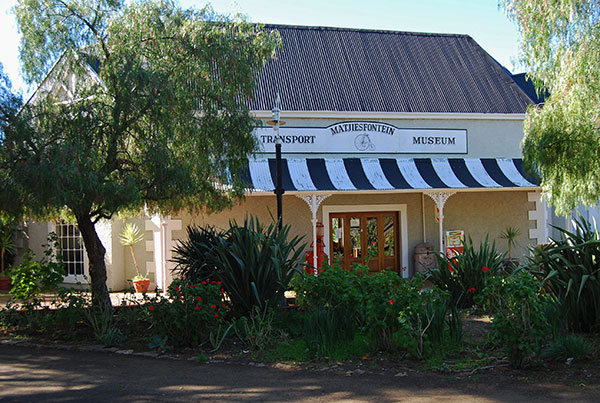 The Transport Museum in Matjiesfontein

With Logan’s drive and determination to embrace new technologies Matjiesfontein was the first village in South Africa to have both electric street lights and water-borne sewerage. He discovered an abundant subterranean water supply in the vicinity of the village and constructed water pipes to feed the requirements of the village and also sold water to the railways. The steam engines of the day were dependant on water in order to operate. 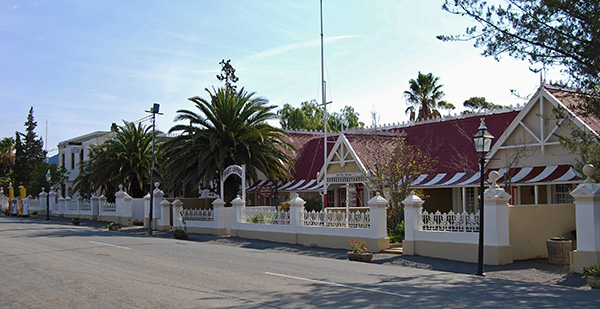 Frequent local visitors included Cecil John Rhodes, Prime Minister of the Cape Colony. Olive Schreiner the acclaimed authoress of the landmark “The Story of an African Farm”, so enjoyed Matjiesfontein that she rented a cottage adjacent to the post office which became known as the Schreiner Cottage.

Logan was also a consummate caterer, so much so that Sir James Sivewright, the Cape Colony’s Minister of Railways awarded the catering contract to Logan in 1892 for the railways without following proper procurement processes. This caused a political crisis in the Colony that resulted in Sivewright’s resignation and the subsequent resignation of Ministers Merriman and Sauer.

Prime Minister Cecil John Rhodes was forced to reconstitute his cabinet without these Ministers as a result of the scandal. During the official enquiry into the scandal Logan testified that he had invested £20,000 in refreshment rooms on the railway line all the way from Wellington near Cape Town to Bulawayo in Rhodesia. He was awarded £5,000 in damages.

Another brilliant Logan enterprise, centred on Matjiesfontein, was the establishment of a local mineral water factory which manufactured lemonade, ginger ale and soda water for thirsty Karoo railway travellers.

During the Anglo Boer War Matjiesfontein became the headquarters of the British Cape Command with some 12,000 troops camped around the village. Matjiesfontein played host to a variety of illustrious British Military Regiments including the Seventeenth Lancers, The Coldstream Guards and the Middelsex Regiment.

Famous British Military personalities including Field Marshal Douglas Haig who later became the first Earl Haig KT GCB OM GCVO KCIE ADC held the rank of Major during the Anglo Boer War and was stationed in Matjiesfontein. Haig later went on to command the British Expeditionary Forces during World War I in France from 1915 to the end of the war. A young William Ironside, stationed at Matjiesfontein, went on to achieve the rank of Field Marshal and was awarded the GCB, CMG and the DSO and served as Chief of the Imperial General Staff during the first year of the Second World War.

John French was an Anglo Irish officer in the British Army and commanded the Cavalry Division during The Anglo Boer War during which time he visited Matjiesfontein. French was the first Chief of the Imperial General Staff during the First World War. He became the Viscount French, the first Earl of Ypres and was awarded the KP, GCB, OM, GCVO, KCMG, ADC and PC. 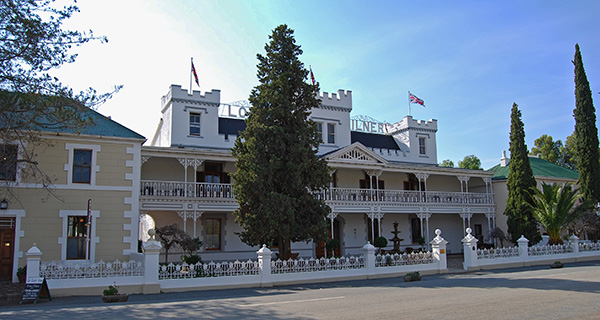 He served during the Indian Mutiny, the Expedition to Abyssinia (Ethiopia), the Second Anglo-Afghan War and became the last Commander in Chief of British Forces before this military post was abolished in 1904 to be replaced by the post of Chief of the General Staff.

Roberts was awarded the Victoria Cross for bravery in action during the Indian Mutiny of 1857. 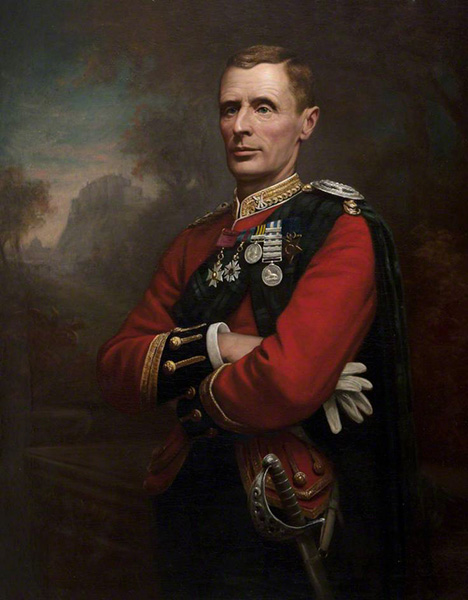 Major-General Andrew Wauchope of the Black Watch Regiment became a permanent resident of Matjiesfontein after being killed in action against the Boers at the Battle of Magersfontein south of Kimberley. He was buried a few kilometres west of Matjiesfontein in a small graveyard situated close to the main N1 Highway linking Touwsrivier and Matjiesfontein.

In a fitting tribute to Logan, John X Merriman, the last Prime Minister of the Cape Colony, once said; "I wish there were ten-thousand Logans in South Africa."

There was, however, only one Logan and so there is only one Matjiesfontein. 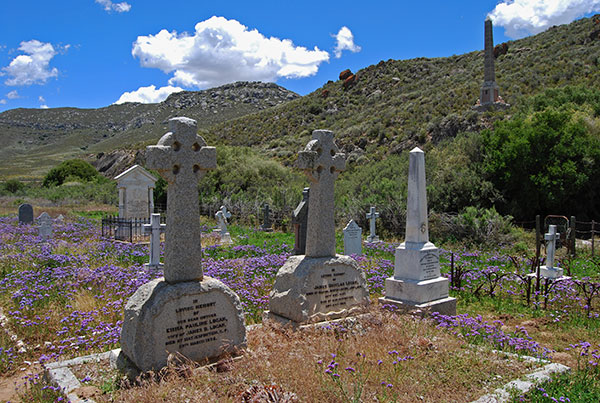 In 1968, hotelier David Rawdon purchased the hotel and implemented extensive renovations, re-opening the hotel in 1970.

David Rawdon established Rawdons Hotel in Nottingham Road in the KwaZulu-Natal Midlands, the well-known Lanzerac Hotel in Stellenbosch, the Marine Hotel in Hermanus, and the Drostdy Hotel in Graaff-Reinet in the Camdeboo.