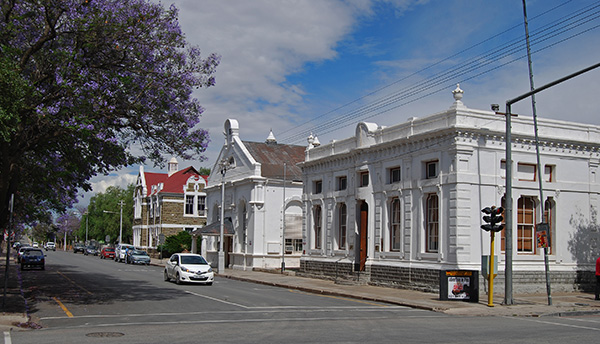 The vast swathe of the Great Karoo between the Nuweveldberge or the New Country Mountains in the north and the high ramparts of the Swartberg or the Black Mountains in the south is probably the most desolate and arid region in the Karoo. An area of vast undulating plains bisected by the seldom flowing Buffels, Dwyka and Gamka rivers is bathed in relentless sunlight, blisteringly hot in the summer months and warm during the day in winter with freezing cold nights. 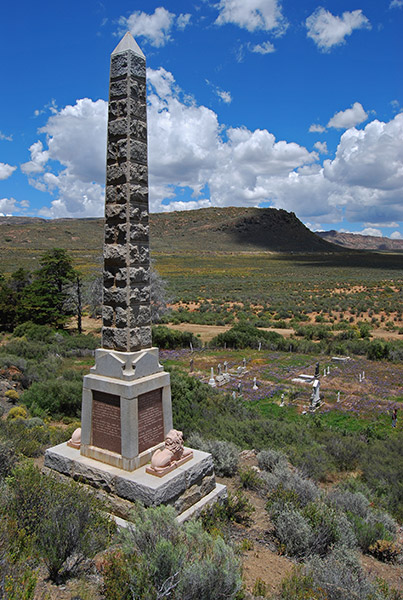 The Koup is the first Karoo region that the traveller encounters on the main highway linking Cape Town and Beaufort West and further north towards Kimberley and Colesberg. It is most often dismissed as a region with little to offer the discerning traveller and most will speed along the main N1 highway intent on traversing the region as quickly as possible. Venture off the main highway and this special region will reveal itself in a jumble of towering mountains, hidden valleys, long sweeping vistas to distant horizons and some of the most beautiful and interesting towns and villages to be found anywhere in the Karoo. 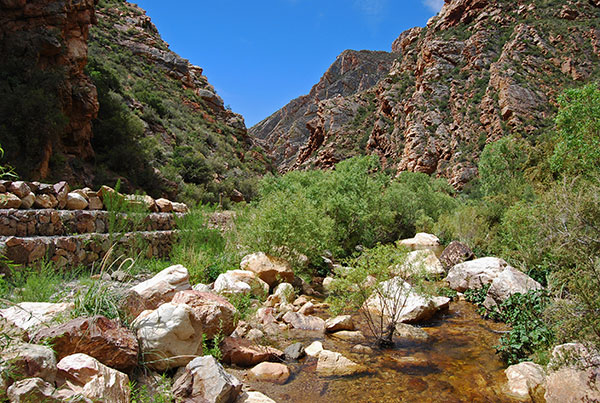 The vast Swartberg Mountain range that rises just west of the historical village of Matjiesfontein in the west stretches for almost three hundred kilometres east towards the distant plains of the Camdeboo and is one of the most spectacular mountain ranges in South Africa.

The Swartberg is best known for its mountain passes built in the mid nineteenth century by masters of road building such as Thomas Bain who was involved with the construction of the Swartberg Pass linking Prince Albert and Oudtshoorn, Seweweekspoort linking Laingsburg with the Klein Karoo between Ladismith and Calitzdorp and Meiringspoort linking Beaufort West and Klaarstroom with De Rust. One need merely drive these magnificent mountain passes to appreciate the amazing nineteenth century road construction that played such an important role in linking the Great Karoo and South Africa’s vast interior with the Klein Karoo and the southern Cape coast. 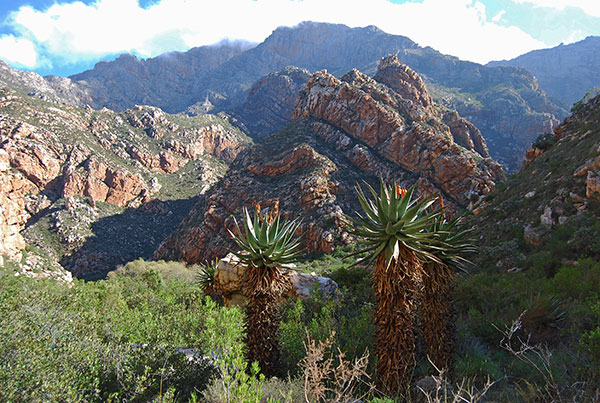 Average annual rainfall in the Koup is less than 200-milimetres. The carrying capacity of the land is very low and consequently the farms tend to be very large, only able to support small numbers of livestock across this vast area. The soils in the Koup consist mainly of shallow bluish shale which supports a very sparse and stunted vegetation much beloved by the merino and dorper sheep which are the principle livestock in the farms across the region.

The northern boundary of the Koup is ringed by the Nuweveldberge. Unlike the rugged Swartberg to the south, the Nuweveldberge presents a classic Karoo vista of raised mesa shaped mountains rising to elevations close to 2,000-metres to meet the high escarpment of the Western Upper Karoo. 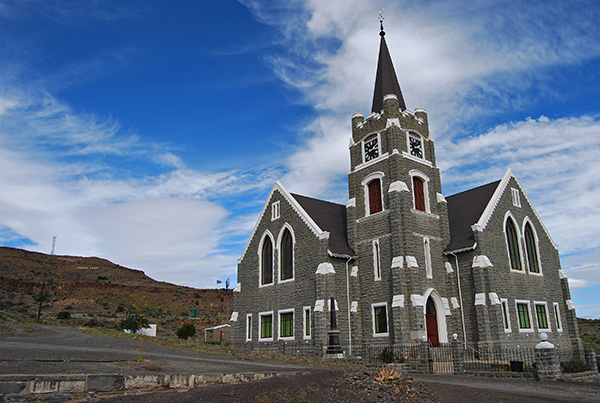 The Nuweveld Mountains form the edge of the escarpment for more than two hundred kilometres stretching from the foothills of the Roggeveld Mountains in the west almost as far as Three Sisters in the east. A number of lonely mountain passes link the Koup with the far-flung communities of Sutherland, Fraserburg and Loxton on the high escarpment of the Roggeveld and Western Upper Karoo. The Nuweveldberge provide a dramatic backdrop to Beaufort West, the principle town of the Koup and South Africa’s oldest proclaimed municipality. The mountains outside Beaufort West cover an extensive section of the Karoo National Park, the last bastion of the highly endangered Riverine Rabbit. 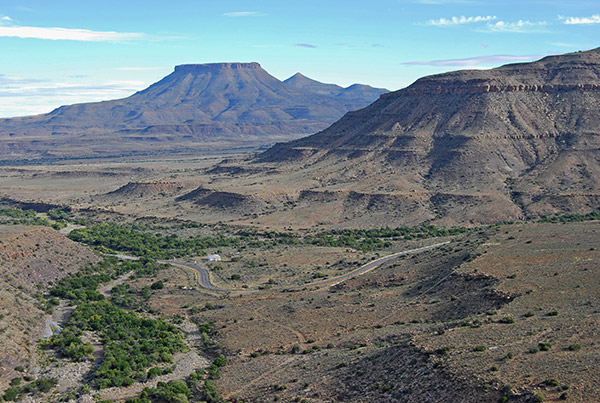 The Karoo National Park is set in a spectacular mountain landscape and is home to the highly endangered Black Rhino. For the first time in more than a century lion once more hunt in the vastness of the Karoo with their recent re-introduction to this beautiful National Park.

During the eighteenth and early nineteenth century the Koup was one of the last refuges of the San or Bushmen, South Africa’s first people. For many decades during these times the early settlers in this region were subject to sustained harassment and conflict with the San, given their conflicting lifestyles.

There were many skirmishes between these early settlers and the San and settlement of this region was slow given the determined efforts of the San to protect their ancient hunter-gatherer existence. 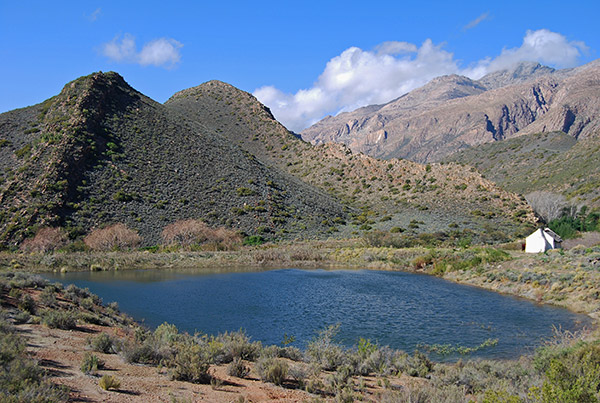 Today the residents of this region are engaged in a constant battle with the harsh climate of the Koup with prolonged periods of drought and heat. Paradoxically heavy rains, especially in the catchment area of the Buffelsrivier, or Buffalo River, have caused devastating floods resulting in extensive damage and even loss of life in Laingsburg.

These excesses in climate mirror the harsh reality of life in this arid yet hauntingly beautiful part of the Great Karoo.

As with much of the Karoo the discovery of the unique attractions of the Koup can only be fully appreciated if you turn off the main roads and explore the quiet back roads, towns and villages and take the time to slow down and appreciate the stark beauty of this unique region of the Karoo.