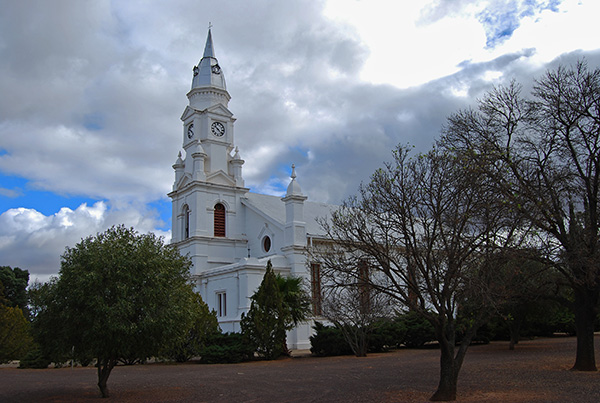 Pearston, in common with many of the small town and villages scattered across the Great Karoo, had its origins as a parish of the Dutch Reformed Church. Since 1850 parishioners would gather in the shade of a large pear tree on the farm Rustenburg, owned by Casper Lotter, to celebrate communion. The minister of the church in Somerset East travelled the 48-kilomtres over the Bruintjieshoogte to celebrate Communion. In 1858 a notice to establish the village was published in the Kerkbode, the official publication of the Dutch Reformed Church. 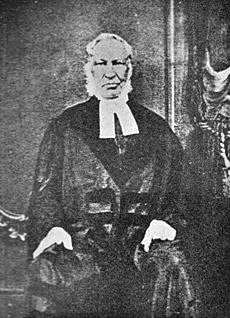 The sum of £10,000 was designated for the sale of erven and the building of a church and manse. Thus Pearston was founded in September 1859 by the church, following the pattern of many pioneer churches. The church would buy a suitable farm, subdivide it into lots, reserve some of the plots for its own purposes and then offer the remainder for sale to defray the cost of purchasing the land and the building of a church.

Although the Pear tree was significant in the history of Pearston it was not named after the tree but rather after the much loved and respected Reverend John Pears a Minister of the Presbyterian Church and a school teacher. Pears was born in the Scottish village of Duns in 1790 and accepted a call to the Presbyterian Church in Cape Town arriving at the Cape in 1829. He was approached by the Dutch Reformed Church in 1836 to join their Church. After a spell in Holland to learn Dutch he was dispatched to Somerset, later renamed Somerset East, as Minister. He remained in Somerset East until his death in 1866.

The management of the Church of the new village of Pearston was short-lived and in 1861 the town management board acquired all the rights to manage the village from the Church for the sum of £1,000. Pearston was proclaimed a municipality in 1894. 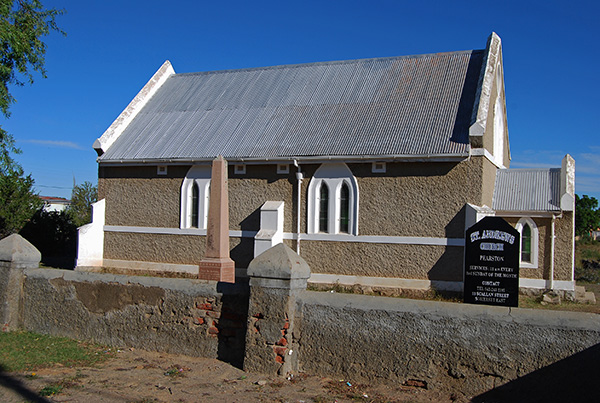