Corner of Middleton and Piet Retief Streets in Steytlerville

In common with many of the far flung towns and villages of the Karoo, Steytlerville had its origins as a parish for the Dutch Reformed Church. In the arid valley between the Groot Winterhoek Mountains and the Baviaannskloof Mountains to the south and the Grootrivierberge to the north, the farm Doorspoort was a welcome oasis for the Trekboers or nomadic farmers who were the first settlers in the district. The farm was purchased by the Dutch Reformed Church in Uitenhage in 1875 to serve the spiritual needs of the local farmers and the town was subsequently established in 1876. 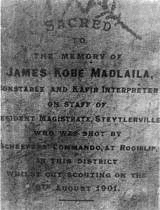 James Kobe Madlaila of
Steytlerville, a casualty of the
Anglo Boer War

Steytlerville was named in honour of the Reverend Abraham Isaac Steytler, a Minister of the Dutch Reformed Church and later Moderator of the Cape Synod between 1909 and 1915. Steytlerville became a municipality in 1891.

The original church was built in 1876 with some 300 members, however this first church was replaced with the large neo-Gothic style church in Sarel Cilliers Street on the site of the original town square. The new church was designed by the architect F.W.Hesse and built by building contractors from Cape Town, H.H. Moon & Ledbury.

During the Anglo Boer War the town was garrisoned by British Troops as a protection against raiding Boer Commandos. 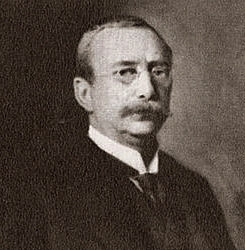 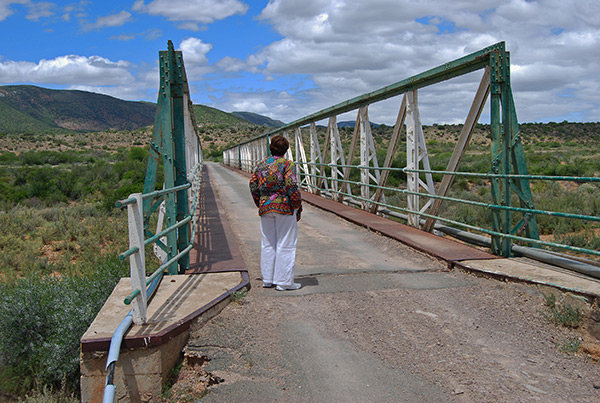 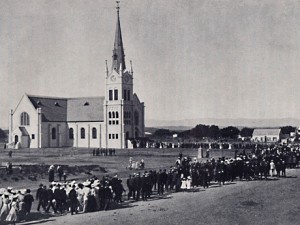 Consecration of the Dutch Reformed Church in 1907 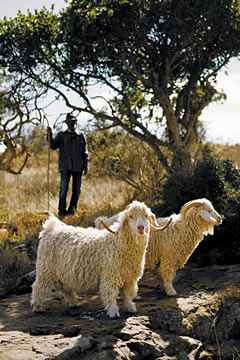 In 1911 work was begun on a steel bridge to span the Groot River in the direction of Uitenhage. The bridge was officially opened in in 1913 and named the Lady de Waal Bridge honouring the wife of the Administrator of the Cape Province at the time, Sir Frederick de Waal. The bridge was washed away in the flooding of the Groot River in 1916 and 1921. On both occasions it was rebuilt and remains today unused, due to its replacement by a concrete bridge spanning the tempestuous Groot River in 1974.

The introduction of merino sheep into the district in 1915 was an important factor in the growth and development of the district for many decades and together with the Angora goat farmed in the district since 1870 have been central in the economic well-being of the community.

In more recent times and largely at the instigation of the former Minister of Agriculture and Water Affairs, Sarel Hayward whose roots were in Steytlerville, many farmers introduced indigenous wildlife to their farms given the precarious grazing conditions resulting from persistent drought in the district. 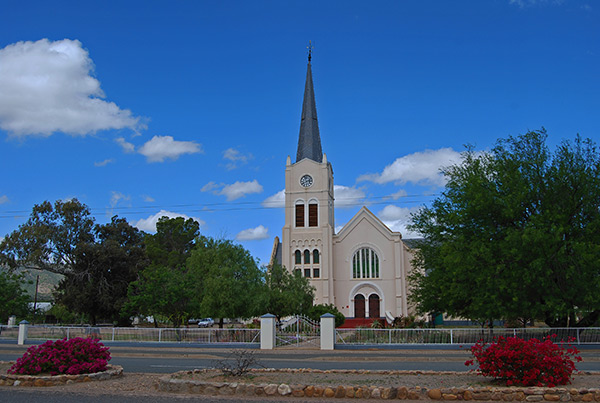