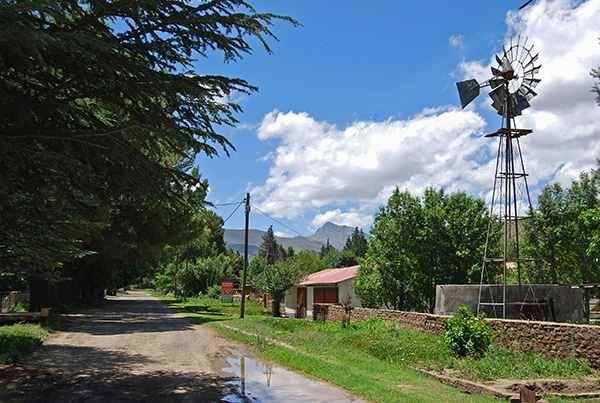 Nieu Bethesda enjoys one of the most beautiful locations in the Great Karoo. Nestled in the fertile Gat River Valley amidst the rugged landscape of the Sneeuberge, or Snow Mountains, the village is the perfect base to explore the great arc of mountains stretching from the Great Fish River valley in the east to the shimmering plains of the Koup in the west. To the south the mountains end dramatically in a jagged escarpment overlooking the great Camdeboo Plain, whilst to the north the rugged mountainous landscape gives way to the high, arid Upper Eastern Karoo highlands which stretch away into the vast interior. 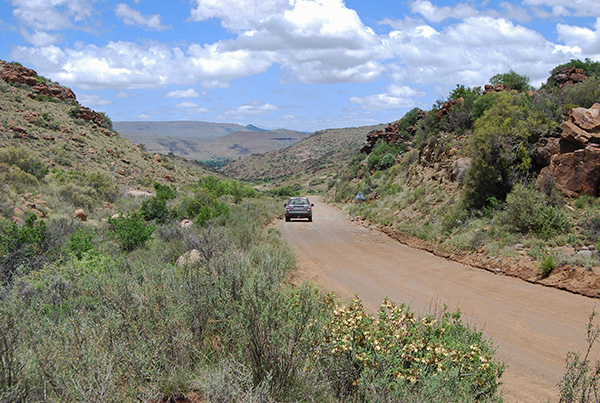 The Richmond Road from Nieu Bethesda

A number of gravel roads radiate out from the village in all directions inviting exploration and the discovery of the Karoo remote from the busy highways and the larger towns scattered across the Cape Midlands.

For a leisurely circular drive take the gravel road leading north out of the village towards the high bulk of the 2502-metre high Kompasberg, or Compass Mountain. The road ascends a narrow valley emerging onto the high plateau before swinging west and then south-west through a wide valley with the Rooiberge, or Red Mountains fringing the eastern end of the valley and the 2,034-metre high Aasvoelkop, or Vultures Head Mountain dominating the vista towards the west. The road passes turnoffs north towards Richmond and east back towards Nieu Bethesda. 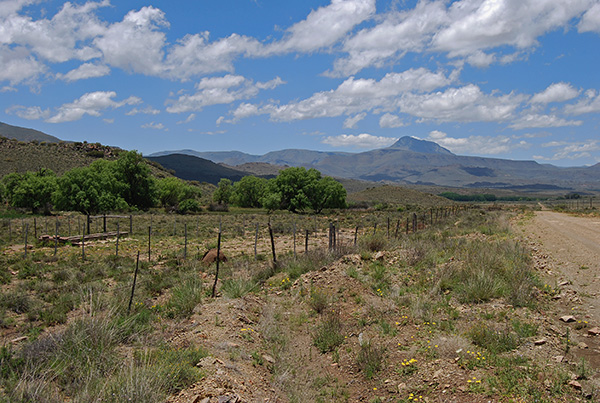 The gravel back road linking Nieu Bethesda and Graaff-Reinet 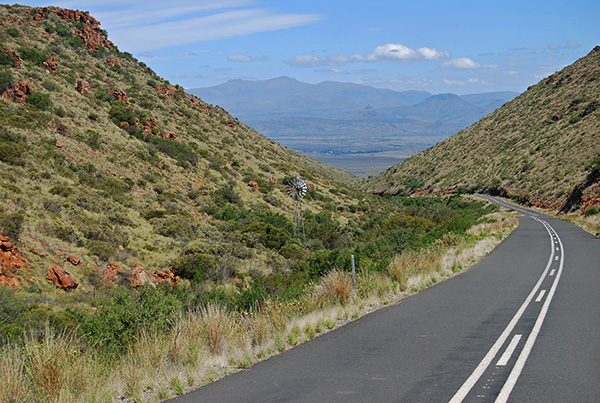 Enjoy a leisurely stroll around the historical heart of Graaff-Reinet taking the time to visit the many historical monuments and art galleries, followed by a tasty lunch at one of the many restaurants in the town before returning to Nieu-Bethesda via the N9 highway and the link road to the village through Rubidge Kloof in the Voor Sneeuberge, or the Front Snow Mountains.

The “Toring” or Tower just to the south of Nieu Bethesda

The distinctive bulk of the Toring, or Tower, dominates the view as one descends the Voor Sneeuberg into Nieu Bethesda.

A little-known mountain drive circling the great bulk of the Kompasberg branches off the gravel road en-route to Graaff-Reinet between the village and the junction leading to Richmond.

The branch road is signposted Doornberg and The Valley. This beautiful drive ascends a narrow valley with the 1940-metre high Bakenskop crowding the road to the west before emerging onto the open plateau revealing magnificent views of Kompasberg to the south. 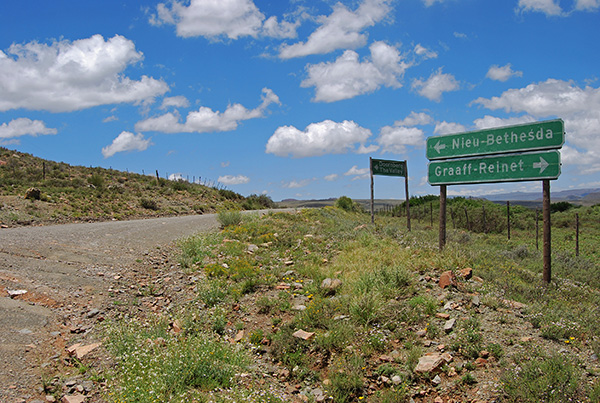 The Junction to Middelburg via Kompasberg

One of the most beautiful full day trips from Nieu-Bethesda is the circular drive via the R61 to Cradock, returning via the R337 to Pearston and the R63 to Graaff-Reinet. This route takes in no less than four splendid mountain passes and boasts some of the most beautiful scenery that can be experienced anywhere in the Great Karoo.

Travel towards Middelburg from the village turning south along the N9 highway towards Graaff-Reinet and almost immediately east onto the R61 towards Cradock. The R61 heads towards the broad sweep of the Sneeuberge, or Snow Mountains, ascending to the summit of the mountains via the Wapadsberg Mountain Pass at more than 1700-metres above sea level. 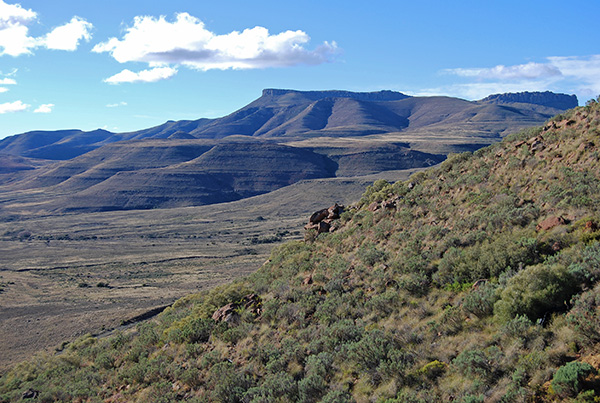 Take the time to stop at the summit and experience the tremendous views both towards the east and west of rolling mountains and vast landscapes stretching away into infinity. 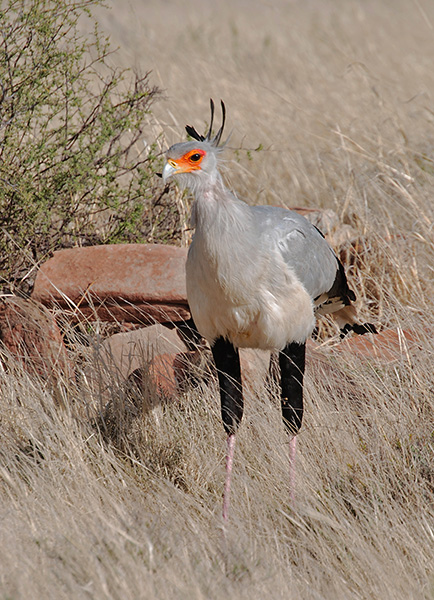 In the winter months the road is often closed due to snow falls and other than at the height of summer the air is always crisp and cool.

The road descends the eastern slopes of the Sneeuberge passing through some of the most beautiful hills and valleys in the Great Karoo. Just before reaching the N10 highway junction that leads into Cradock the R61 passes a turnoff to the Mountain Zebra National Park which protects the largest population of this endemic zebra in South Africa. 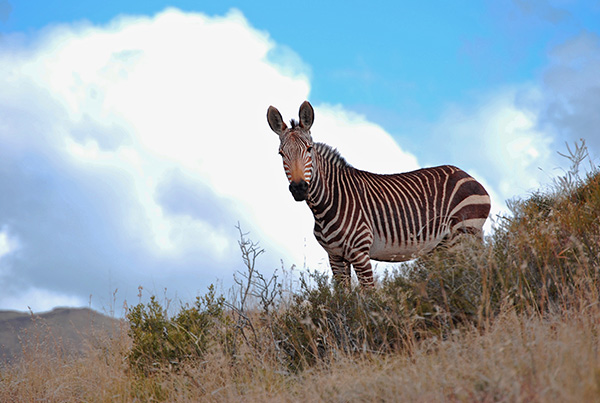 Enjoy an early lunch break in Cradock and take the time to explore this historic Karoo town situated on the banks of the Great Fish River. The return journey to Graaff-Reinet via the R337 will take at least triple the time that the journey via the R61 took and therefore it is important to plan accordingly. 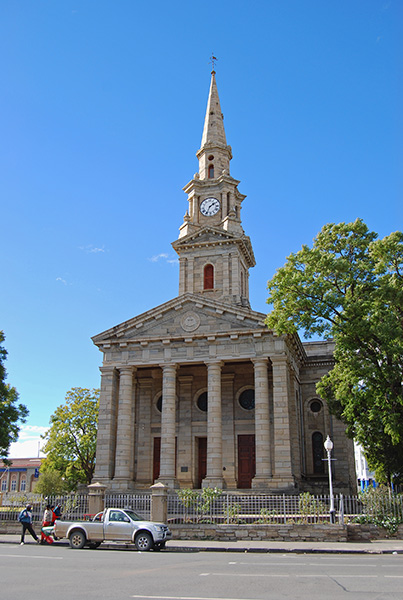 The entrance to the R337 is poorly signposted and is accessible from the west bank of the Great Fish River along the old main road linking Cradock and Cookhouse to the south. It may be necessary to ask directions to find the access road. The gravel R337 road, signposted Somerset East, departs Cradock following a deeply incised and wooded valley before ascending the spectacular Swaershoek Mountain Pass. 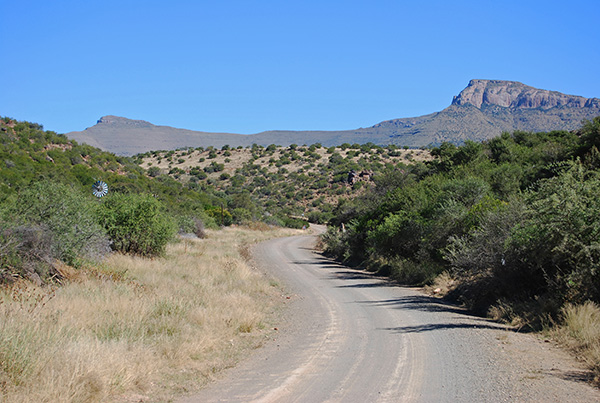 The road winds up the valley before ascending dramatically to the summit of the Swaershoek Mountains providing spectacular views back towards Cradock and beyond into a beautiful secluded valley ringed by mountains including the Gannahoek Mountains, Bloemfonteinberge and the 1813-metre high Doringbosberg, or Thorn Tree Mountain, at the southern end of the valley. To the west the 2012-metre high Bankberg Mountain is the highest peak standing sentinel above the valley. 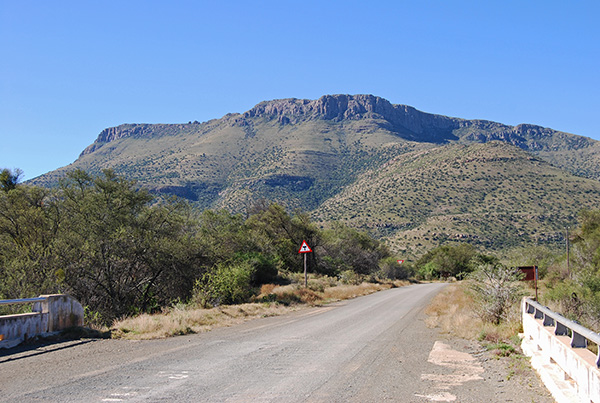 The road descends the southern slopes of the Swaershoek Mountains before traversing the full length of the valley before exiting through a narrow fold in the surrounding mountains at the southern end of the valley. Beyond this fold in the mountains the road reaches a junction continuing onwards towards Somerset East with a right hand turn along the R337 towards Pearston. 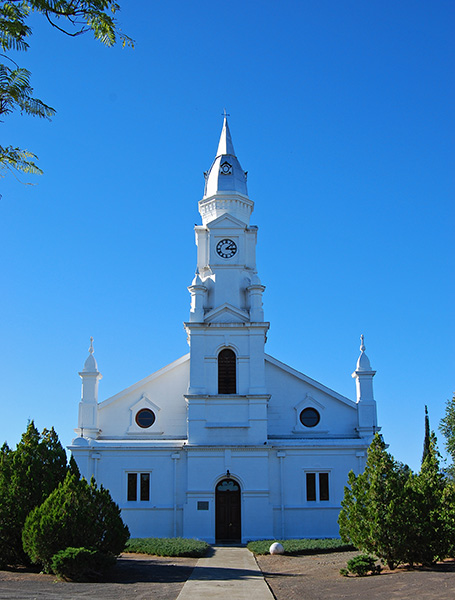 The road towards Pearston crosses the Little Fish River and ascends in a westerly direction up a broad valley with the Groot Bruintjieshoogte Mountains and Coetzeesberge crowding the road to the south and north respectively.

At the western end of the valley the road plunges suddenly down a steep defile from the high escarpment via the precipitous Buffelshoek Mountain Pass to the open plains of the Camdeboo below. 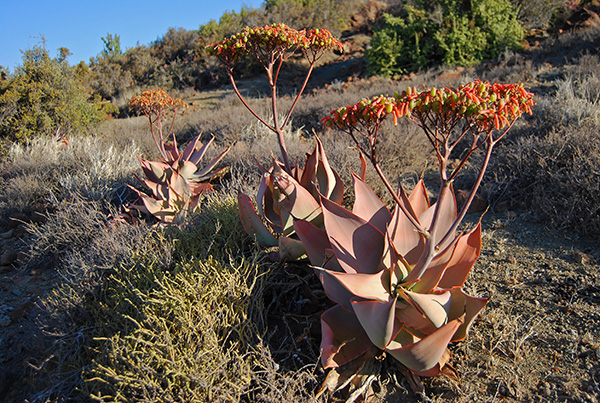 Aloe striata in bloom in the mountains overlooking Graaff-Reinet

The spectacular views from the Buffelshoek Pass take in the rim of the escarpment stretching for almost sixty kilometres west towards Graaff-Reinet encompassing the Coetzeesberge, Bouwershoekberge and Tandjiesberg.

At the base of the Buffelshoek Mountain Pass the road rounds a bend in the mountainside and enters the village of Pearston that stands astride the R63 linking Somerset East and Graaff-Reinet.