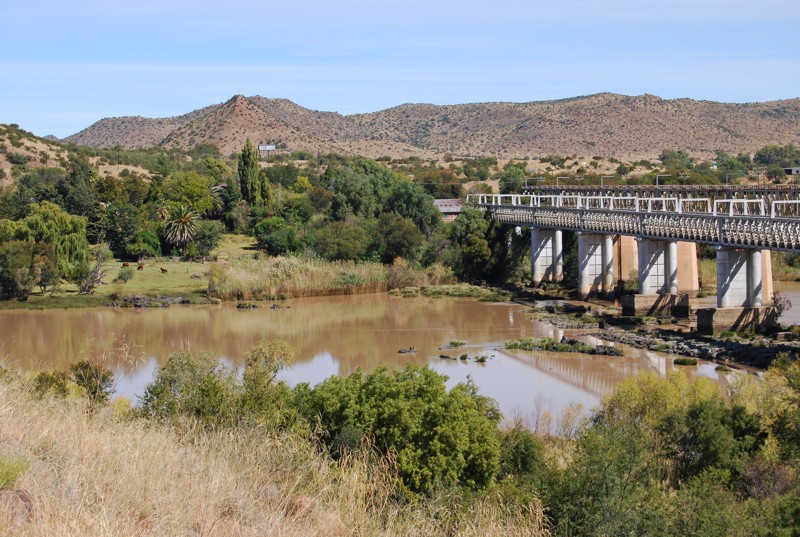 Norval’s Pont from the northern bank of the Orange River

The tiny hamlet of Norvalspont, or Norval’s Ferry, sits astride the old main road from Colesberg across the Orange River towards Springfontein and Bethulie in the southern Free State. At one time the railway bridge across the river was a flashpoint of conflict between the Boers and British during the 2nd Anglo Boer War, given its strategic importance as the only railway bridge across the Orange River, linking Noupoort junction in the old Cape Colony with Bloemfontein, the capital of the Orange Free State.

Today Norvalspont is a quiet backwater, with its primary attraction the atmospheric pub in the old Glasgow Pont Hotel. Norvalspont slumbers in the warm Karoo sunshine on the southern bank of the Orange, or Gariep River, and the old railway bridge and the road bridge are seldom used, given the demise of railway services in South Africa in recent years and with the construction of the N1 highway to the west of the hamlet, which has diverted almost all the road traffic that used to pass this way on the long journey between Bloemfontein and Cape Town or Port Elizabeth. From Norvalspont another quiet Karoo road ambles east along the southern shore of the Gariep Dam towards Venterstad and Oviston.

Some three kilometres from Norvalspont towards Venterstad, the road reaches a junction from where the access road to the Gariep Dam takes travellers over the dam wall to the northern bank of the Orange River in the Free State.

The Gariep Dam is approximately 100-kilometres in length and covers an area of some 374 square kilometres. The dam is the largest in South Africa.

The Gariep Dam wall is 88-metres in height, and has a crest length of 914-metres. 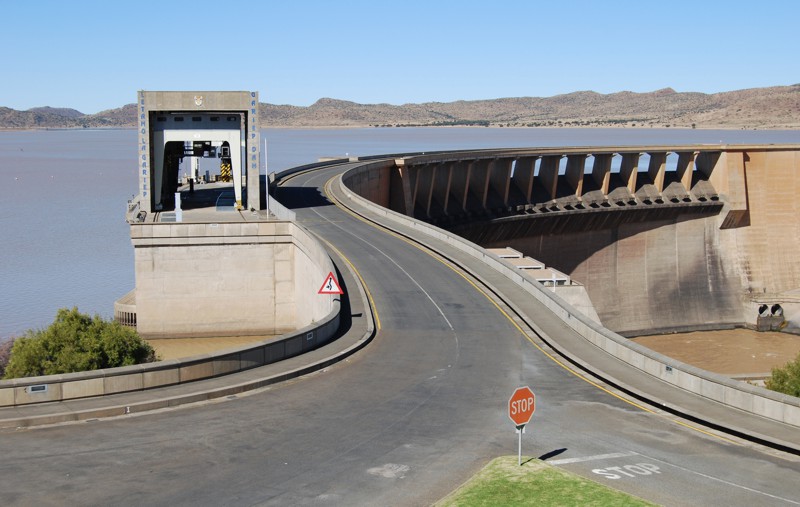 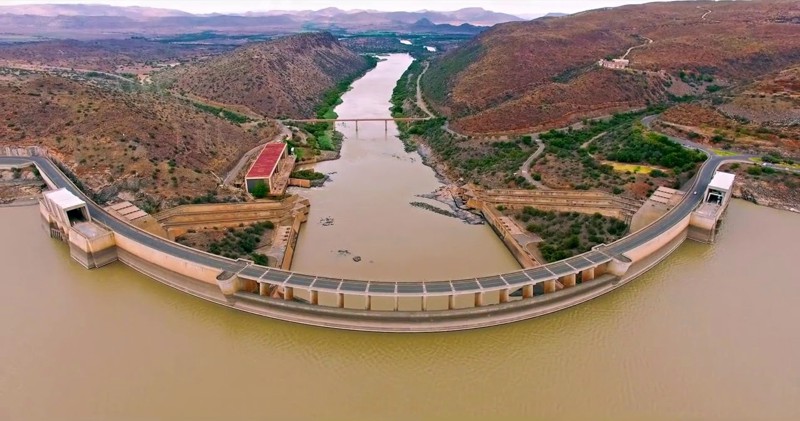 Aerial view of the Gariep Dam

The hydro-electrical power station within the dam wall houses four 90MW generators, providing a maximum output of 360MW of electricity at a water flow rate of 800 m³/s.