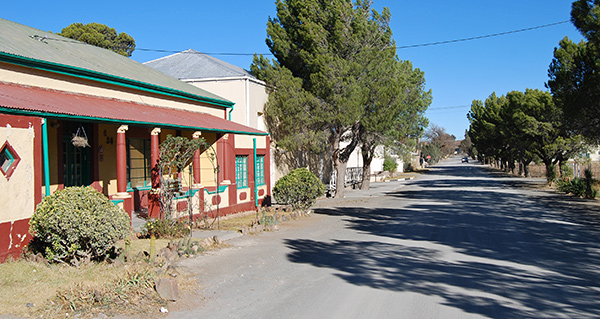 The Hanover district was first settled by trekboere or nomadic farmers during the late eighteenth and early nineteenth centuries and the original farm Petrusvallei later became the village of Hanover. The farm was allocated to WL Pretorius in November 1841 and this farm changed hands over the years, with ownership passing to J Smook and then Frederick von Malditz, Petrus Botha and finally into the hands of Gert Johannes Wilhelm Gouws.

Petrusvallei farm at this time was part of the Graaff-Reinet district and the area was known as Bo-Zeekoeirivier (Upper Hippopotamus River). It is doubtful that the hippopotamus occurred in any numbers in the area given the arid conditions and the poor grazing and the origin of the name is shrouded in the past. Given the long distance to Graaff-Reinet, particularly for the spiritual and religious needs of the community, it was decided to petition the Cape Colonial Government in Cape Town to establish a village. On 17 July 1854 the farm was purchased by a six man committee for the purposes of establishing a village and Gert Gouws was retained to manage the affairs of the community. 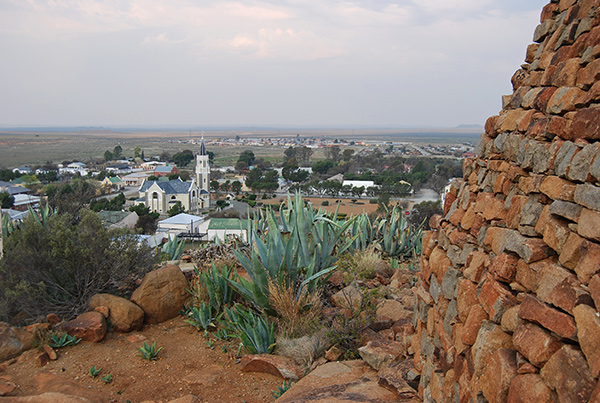 By 1856 forty erven were sold and the village sprang into life in the vicinity of a strong spring that delivers over 200,000-litres of water a day. The village was placed under the administration of a church council and at the request of Gouws the village was named Hanover in commemoration of his grandfather, who originated from Hanover in Germany. 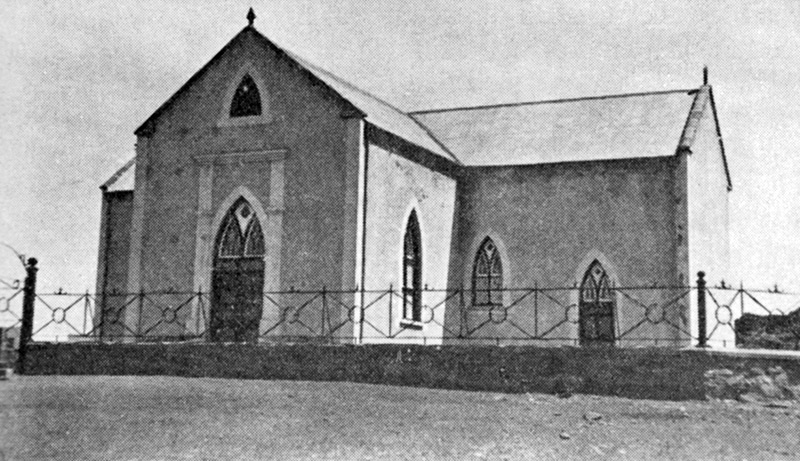 The first tiny thatched-roof church was completed in 1859. Irrigation furrows were laid out from the spring to irrigate vegetable gardens and the irrigation system began working in 1870. All the original plots receive irrigation water twice a week to this day from these furrows, in accordance with the distribution plan drawn up in 1870. 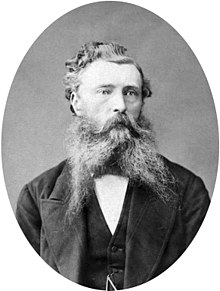 Thomas Francois Burgers became Hanover's first parson in 1859. Unusual for his time he was a liberal thinker and came into conflict with the Dutch Reformed Synod, particularly with regard to his disbelief in the literal truth of the Bible. He was sceptical of the traditional culture of his time and laid great emphasis on scientific or proven knowledge. In 1862 he was accused of heresy, and in 1864 he was found guilty by the synod and suspended. The Supreme Court overturned the decision, and in 1865, he was readmitted to the ministry. 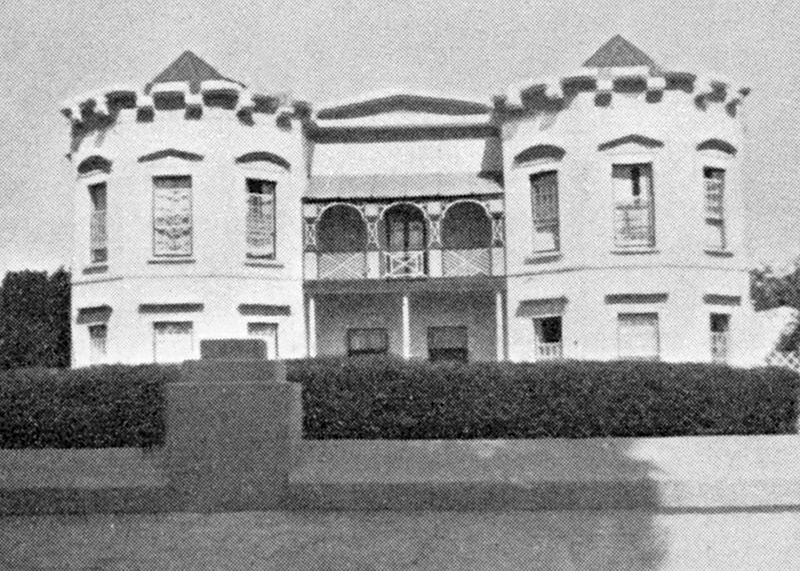 He stood for President of the old South African Republic (Transvaal) in 1872 and was elected by a considerable majority of 2964 to 388 votes. By 1877 he had become deeply unpopular, made worse by an insolvent and somewhat chaotic Government resulting in the annexure of the Transvaal by the British in 1877. He returned to the Cape Colony in relative poverty and died in 1881. An idealist with great flair, Burgers had considerable intellectual ability.

This unusual man had a parsonage built that in its day was a dominant feature of the town. In his book on Olive Schreiner, Karel Schoeman describes it as a "somewhat bizarre double storeyed parsonage... disproportionately big for a small Karoo village and slightly ostentatious with octagonal turrets and battlements." Inexplicably it was demolished in 1944. 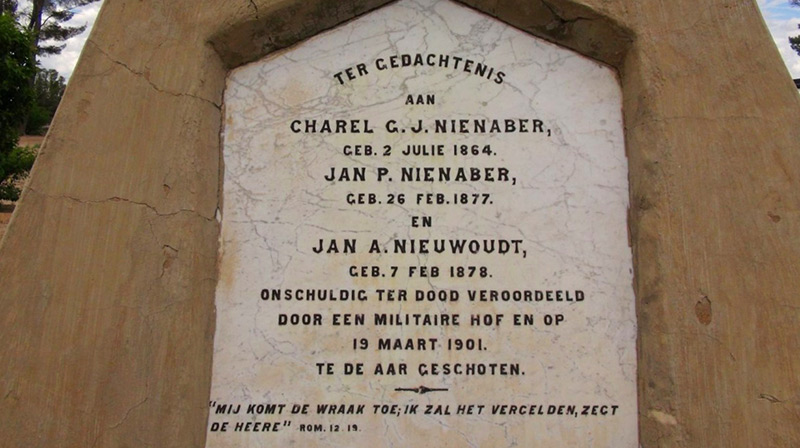 Hanover was declared a magisterial district on 13 November 1876, and Charles Richard Beere was installed as magistrate. A jail was built in 1881 and this was followed by a courthouse in 1897. The village even gloried in a race course, but this floundered and was closed in 1889.

The village had a post and telegraph office, a bank, several general dealers, a hotel and a school. Its list of tradesmen included a mason, a farrier and groom, painter, miller, dam builder, brick maker, scab inspector, carpenter, wagon maker, butcher, a post rider and carriers that ferried goods to the railway station 18-kilometres distant. Before the advent of the railway in 1884 the primary route to the interior passed through Hanover and it was an important stop for stage coaches carrying passengers to the Diamond Fields in Kimberley and for mail to Colesberg and the Orange Free State beyond. With the railway bypassing the village the economic development of the village slowed. 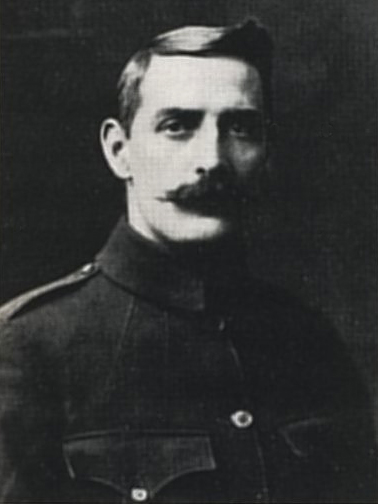 Hanover did not escape the deprivations of the 2nd Anglo Boer War and this is evident in the cemetery on the outskirts of the village. A train was derailed and plundered at Taaibosch, some 20-kilometres from Hanover. The local colonial authorities arrested three young men found asleep in the outside room of a nearby farm. They were precipitously charged with ‘maliciously assisting Boer Forces’ and the robbery and death of passengers on the train. Sarel Nienaber, JP Nienaber and JA Nieuwoudt were found guilty by a military court in De Aar and were shot on the 19th March 1901. They protested their innocence to the end.

The Boer Commando active in the district at the time, under the leadership of General Wynand Malan, was however responsible for the derailment. General Wynand Malan later indicated that the three young men had in fact been sent by the British to collect fodder for their horses.

In later years Olive Schreiner, together with her husband Cron Schreiner and General Wynand Malan, engaged in a lengthy campaign to have the name of the three young men cleared. The Dutch inscription on their communal grave is taken from Romans 12 v 19, ‘Vengeance is mine; I will repay, saith the Lord’. 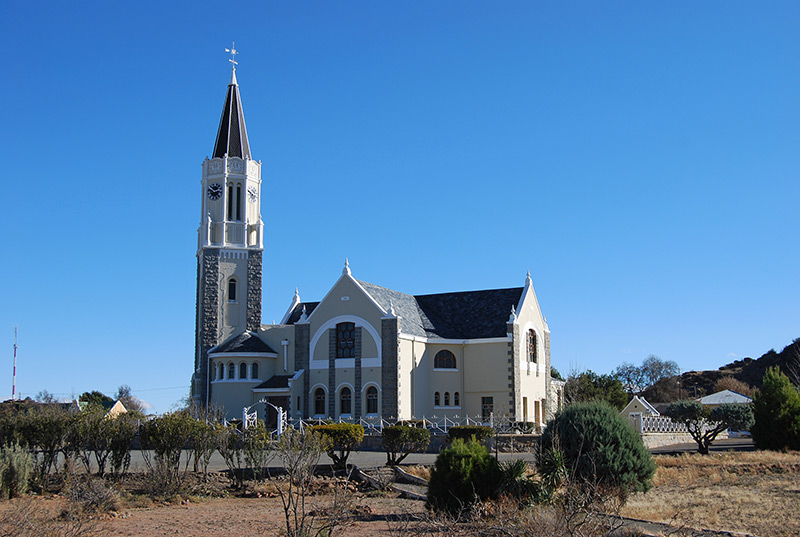