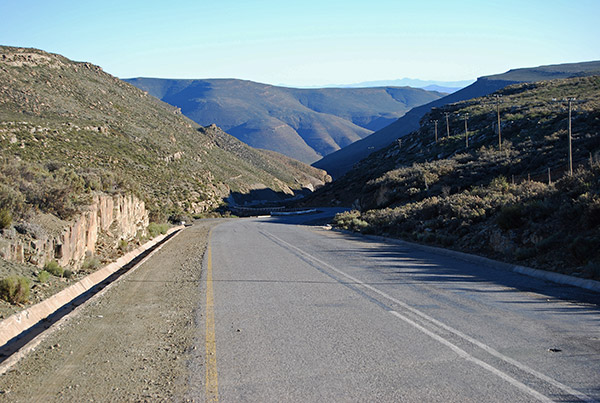 Sutherland is an excellent base to explore the wild and rugged countryside of the Roggeveld plateau and the many mountain passes that link the town to the surrounding lowland areas. Probably the most well-known of the mountain passes is situated on the R354 south towards Matjiesfontein, that cuts through a mighty cleft in the Roggeveld Mountains five kilometres from Sutherland.

The Verlatekloof Pass dips suddenly off the high plateau at an altitude of 1 570 metres and takes the traveller through the gorge and closely follows the course of a stream that is fed by the melting snow in winter. The road emerges into a beautiful landscape of rolling hills and mountains and reaches the gravel branch road (R356) to Ceres 39 kilometres from Sutherland. The R354 continues south crossing a series of ridges and valleys with distant views to the Witteberge, which lie to the south of Matjiesfontein. 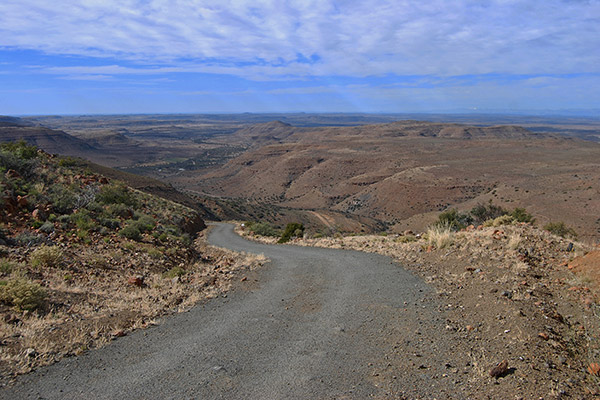 View from the summit of the Rooiberg Pass

A little known yet magnificent circular drive linking Sutherland and Laingsburg encompasses the Rooiberg and Komsberg Passes. This route will involve a full day’s travel but will reward with magnificent scenery. The route commences about four kilometres south of Sutherland on the R354 turning east onto a gravel road towards Merweville.

Before reaching the edge of the escarpment an extinct volcano, Salpeterkop at 1 766 metres, looms to the north of the road which was believed to be active more than 60-million years ago.

The road continues across the flat and almost featureless Roggeveld Plateau before a superb vista of mountains and long views across the Great Karoo to the distant Swartberg Mountains is revealed.

Descend the little-known Rooiberg Pass which boasts magnificent views along the rim of the Besemgoedberg before passing through the atmospheric village of Merweville to Laingburg.

The return route to Sutherland takes the traveller through the Moordenaarskaroo or Murderer’s Karoo, so named for the bloody conflict between the early settlers and the Bushmen who inhabited the area, via the Komsberg Pass which meets the R354 just above the Verlatekloof Pass, five kilometres south of Sutherland. 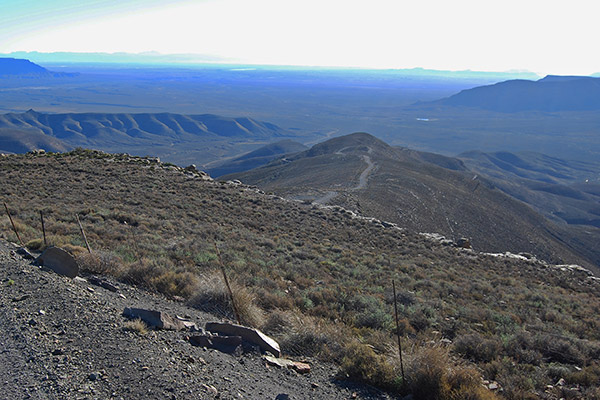 Ouberg Pass looking out over the Ceres Karoo

Be prepared for fairly rough road conditions, particularly on the mountain passes, together with the opening and closing of numerous farm gates. You will however be rewarded with some of the most spectacular mountain scenery and the very special tranquillity of the Karoo as you stop your vehicle to savour the breathtaking views.

Another spectacular circular drive encompasses the magnificent Ouberg and Gannaga Passes that link the high Roggeveld Plateau to the Tankwa Karoo National Park situated in the great valley of the Ceres Karoo.

Just south of Sutherland there is a turn to the west that leads through rich sheep faming land to the western edge of the Roggeveld plateau some 45 kilometres from Sutherland.

From here the Ouberg Pass descends the steep slopes of the Roggeveld Mountains offering some of the most sensational views to be found in the Karoo across the broad valley of the Ceres Karoo to the distant peaks of the Cederberg Mountains. 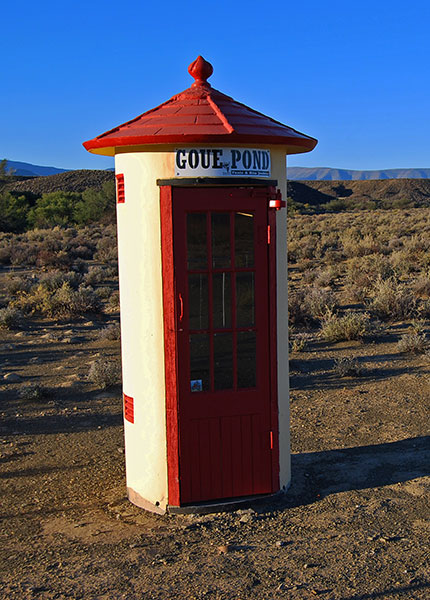 Along the way you will pass the atmospheric hamlet of Onder Wadrif before turning right towards the Tankwa Karoo National Park. Passing through the Park and past the Park headquarters you will reach a junction signposted left to Calvinia and right to Middelpos. Turn towards Middelpos and follow the road into a cut off valley within a fold of the Roggeveld Mountains. This road then ascends the Gannaga Pass, which boasts magnificent dressed stone construction dating from the nineteenth century, ascending the slopes of the Roggeveld Mountains and emerging again on the high Roggeveld plateau.

The views back across the Tankwa Karoo from the mountain pass are spectacular and as very few vehicles travel this way you will be most likely be undisturbed as you stop every few hundred metres to admire the view and to take in the silence and the peace of this very special place.

From the top of the Gannaga Pass the road traverses the high plateau of the Roggeveld until reaching the tiny village of Middelpos. From Middelpos the R354 leads back to Sutherland some 79 kilometres distant. The Middelpos Hotel serves a magnificent lunch, given a day or two’s notice, specialising in boerekos and the lamb dishes are excellent. Alternatively pack a picnic lunch and dine al fresco anywhere along the road. There will be very little disturbance from passing traffic.