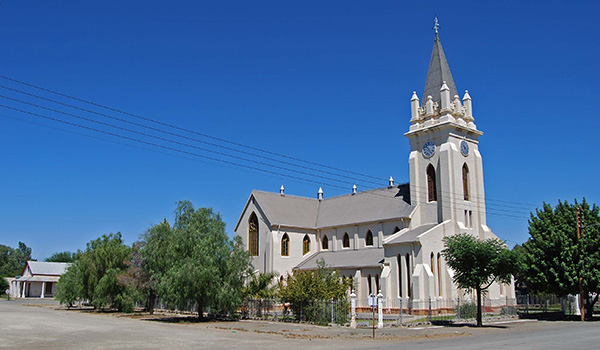 The small Karoo town of Britstown is situated at the crossroads of the Upper Karoo on the N12 highway linking Beaufort West and Victoria West to the south, with Kimberley to the north.

Just north of the town the N10, linking Port Elizabeth, De Aar and the Eastern Cape with Upington and Namibia to the north, crosses the N12. Britstown has always been a popular place for a one night stop over for those travelling between Cape Town and Johannesburg who have not taken the time to spend a little more time in the Karoo to explore and to savour its special ambience and attractions. Britstown is also the jumping-off point for the alternate route through the Upper Western Karoo and the Hantam to the West Coast and Cape Town along the R384 and the R63 via Vosburg, Carnarvon and Calvinia.

All the activity in Britstown centres on the main N12 road or Mark Street that bisects the town with accommodation venues, restaurants, fast food outlets and banking facilities crowding onto the road. Off the main road the town is a typical sleepy Karoo village with its fair share of old Victorian and Edwardian era buildings quietly reposing in the brilliant sunshine of the Karoo.

The Britstown museum is housed in the former Holy Trinity Church. With its small, beautiful arched windows, it is a superb example of dressed stone work with raised pointing. 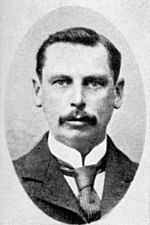 Sir Thomas Smartt, founder
and leader of the Unionist Party
and the Smartt Syndicate

The building was at one time thatched or designed for thatching. Given that Britstown is located in a very arid region of the Karoo, with an average rainfall of only 250mm, thatching grass was in short supply and therefore the building was roofed with corrugated iron.

West of Britstown on the R384 towards Vosburg, a major irrigation scheme on the Ongers River was established in 1895 as a private venture by an organisation known as the Smartt Syndicate. The syndicate built two dams, planted lucerne and wheat and set up breeding and feeding programmes for sheep, karakul, goats and Clydesdale horses. The Smartt Syndicate Dam was designed to support 1,818-hectares under irrigation, however only some 16% of this area is supported given the erratic water supply.

The assets of the syndicate were liquidated in October 1954 and dispersed among its members. In March, 1961, there was a massive flood in the catchment area of the Ongers River and the Smartt Syndicate Irrigation Dam was destroyed. A new dam was then built by the Government in 1964 to ensure the continued viability of the irrigation scheme. 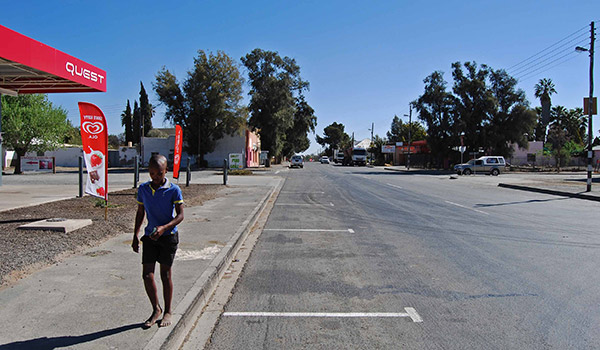 The Britstown district has a rich repository of Bushmen paintings that can be viewed at a number of sites. The nearest is approximately 10-kilometres from town on the farm Brakwater. Other rock painting sites can be viewed on the farms Keurfontein, Maritzdam and Omdraaivlei. All are considered national heritage sites on private land and permission is required from the landowners to visit the sites.

One of the amazing features of the Britstown district are the rock gongs. Rock gongs like those on Keurfontein farm are usually flattish dolerite rocks that are balanced naturally on three or more points. Usually found at the tops of "koppies" or hills, they emit a ringing sound when struck. Most have ancient strike marks on them, but many have been discovered without strike marks. These gongs are almost always associated with rock engraving sites in the Karoo, but no ethnographic explanation exists for their use. It has been suggested that "Bushman pianos" were used in rituals. Multiple strike marks on some gongs suggest that several people used them simultaneously. Arrangements to visit the rock art sites and the rock gongs can be made through any of the accommodation establishments in town.